Piggy was a short stubby fellow. Piggy had a pair of specs. Also Piggy was a very humble & smart young man.

''The fat boy lowered himself over the terrace & sat down carefully, using the edge as a seat.'' Pg 10

Piggy really didn't change throughout the book or movie. Piggy was savagely killed at the end of the story. 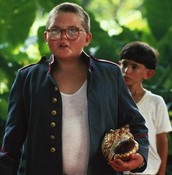 Piggy with the conch 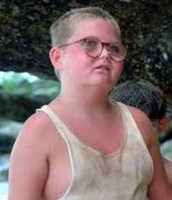 Piggy sitting on the beach

The island was a beautiful island. It had palm trees, long white sands, & it was tropical.

The island had mountains, & was very stormy.

Rules are important because without them society would be chaotic. Also without rules there would be no law & order. In this we can see what happens when there are no rules.

William Golding was born September 19, 1911, in Saint Columbus Minor, Cornwall, England. In 1935 he started teaching English and philosophy in Salisbury. He temporarily left teaching in 1940 to join the Royal Navy. In 1954 he published his first novel, Lord of the Flies. In 1983, he was awarded the Nobel Prize for Literature. On June 19, 1993, he died in Perranarworthal, Cornwall, England. 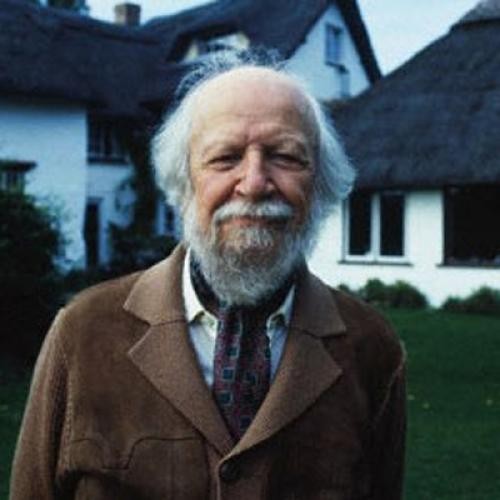