ben is using Smore newsletters to spread the word online.

Get email updates from ben:

I asked 8 people 10 questions about what they though about their health overall.

No one skipped a question so therefor all questions were answered evenly. 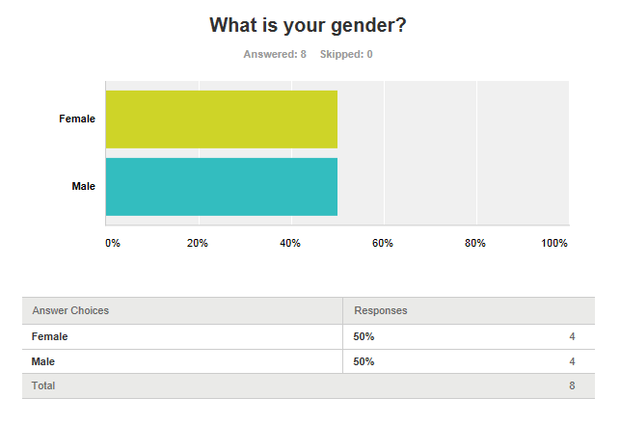 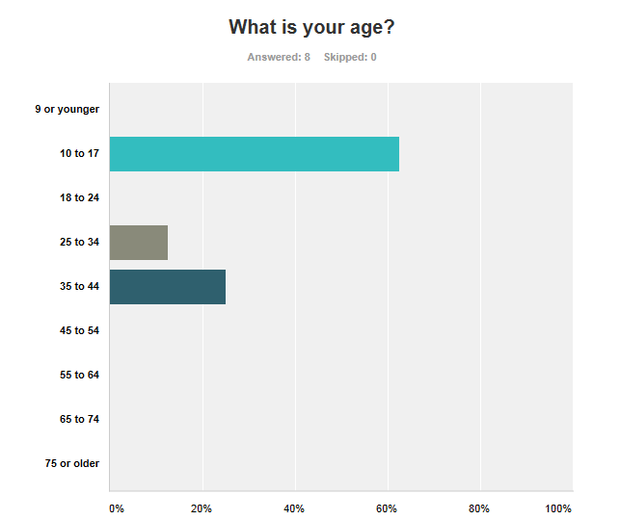 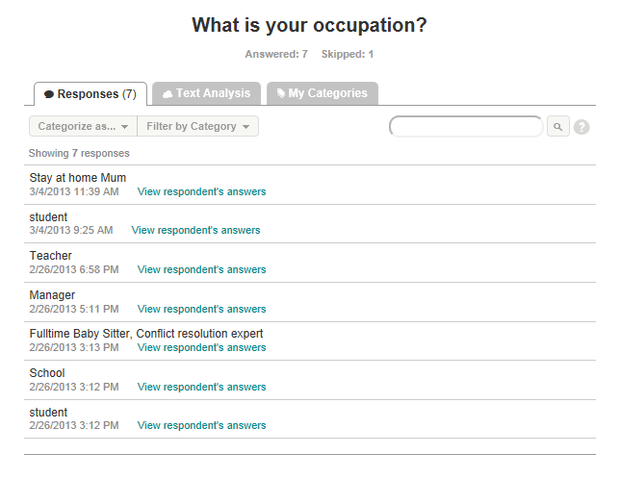 I asked most of my friends from school to complete this survey so i was expecting to see that most of the answers would be "student", but i think the answer being "full time babysiter, conflict resolution expert was obviously a bit of a joke

What sport do you play 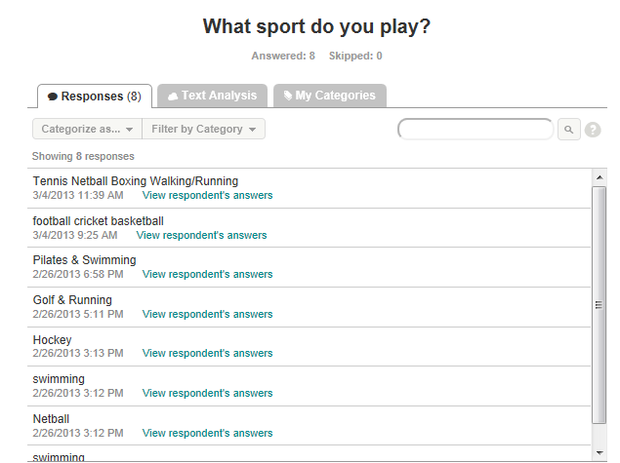 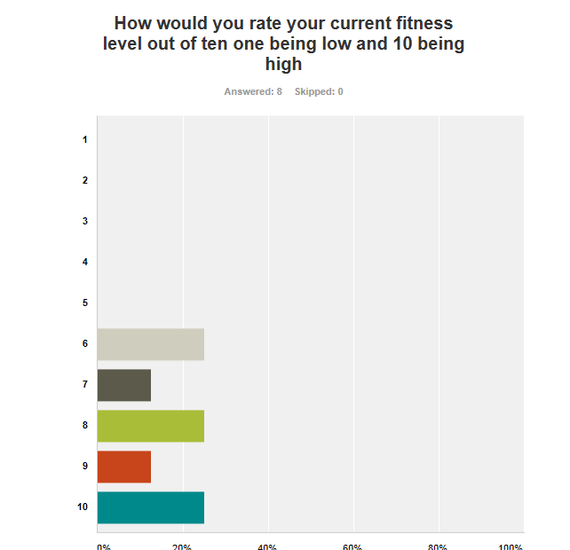 I was expecting to see the range of fitness rating and i was happy to see that there was no one that thought that they were under a five. 6,8,10 all had the same outcome 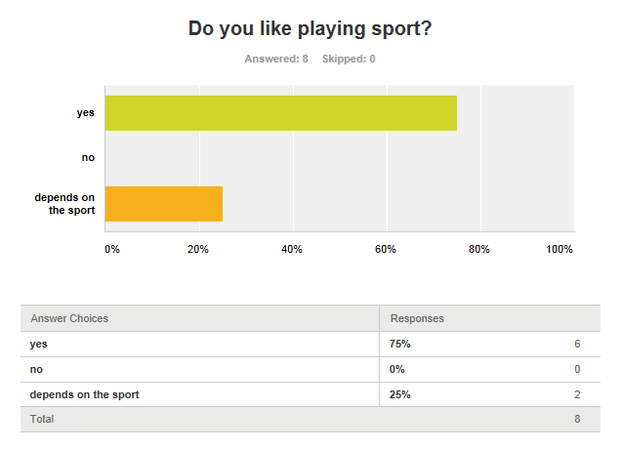 Do you belong to a sporting club 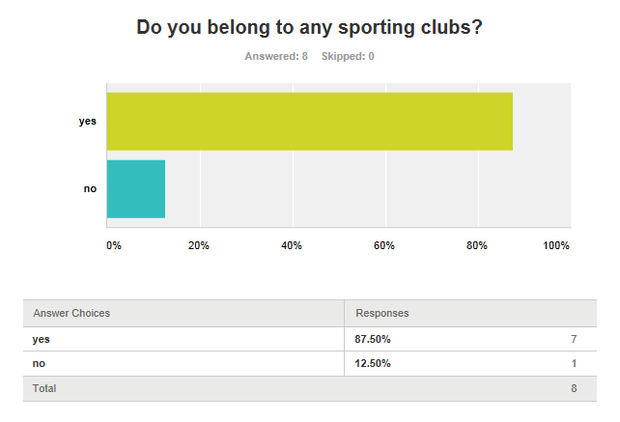 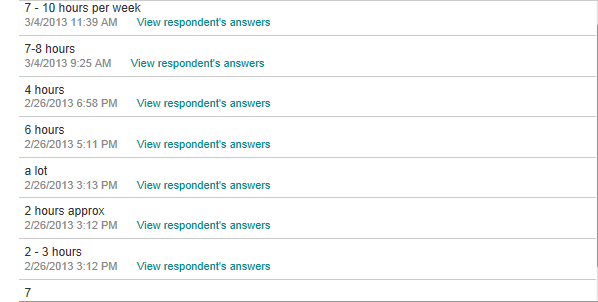 I was suprised about how much time some people spent on physical activity, the highest being 7 - 10 hours per week 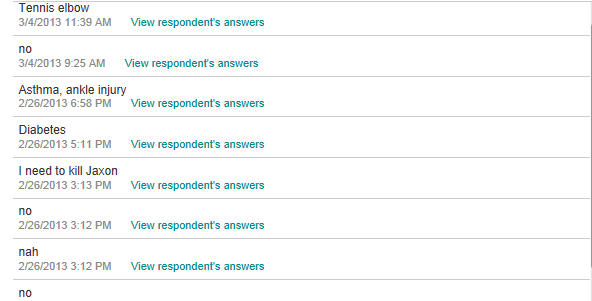 I was glad to see that not much people had injuries or health problems. but the answer "i need to kill jaxon" i thought was not needed

ben is using Smore newsletters to spread the word online.

Follow ben webster
Contact ben webster
Embed code is for website/blog and not email. To embed your newsletter in a Mass Notification System, click HERE to see how or reach out to support@smore.com
close