Delirium is about a girl named Lena. She lives in a Dystopian society where people are "paired" with someone, and they don't choose, they are cured of the most 'deadly' disease, love, and everything is censored to 'protect' them.

Censorship suppresses people’s words, pictures, and ideas that to others might be “offensive. Some people, like the ACLU, think censorship is unconstitutional. Since censorship “suppresses” ideas, it goes against the first amendment, which protects freedom of speech.
Bills like Stop Online Piracy Act (SOPA) and Protect IP Act (PIPA) might be examples of internet censorship. With these bills, copyright holders could try to get a court order to make Google and other sites remove links to sites with illegal movies, songs, and more. Internet companies worry that they might have to take consequences from users’ actions.

Google Executive Chairman Eric Schmidt, said ¨There`s a bill that would require [Internet service providers] to remove URLs from the Web, which is also known as censorship last time I checked" With all the censorship, is it really worth it? Over 1 million people a day are using online tools to get past the extensive blockage, by the government, on the internet. If some of this stuff is so in demand by people who are using tools to get past the ¨walls¨, we may be harming America, not helping it. If everything is censored, we should be more careful about what we let people put on the internet so people cannot get to illegal things either way. ¨´And the Iranians and the Chinese are telling us, as clearly as they can, that their stability in power depends on purifying the Internet.´¨ -Former general counsel to the Office of Management and Budget in Ronald Reagan’s administration and co-founder of the Twenty First Century Initiative, a group aiming to increase funding for Internet freedom, Michael Horowitz.

In the society in the book Delirium, they have censors on their music, like we have now. In the world we live in today our music is censored because of language. However, in the book the music is censored because of the emotion in the music. Their society is more concerned about the love and rebellious music. Nowadays, people censor by bleeping out words, changing them, or completely cutting the words out. So, censorship is a issue both in their days and our days.

Communes are break away societies. In Delirium, there is this place called the ¨Wilds¨ where people have started a commune because they don´t believe that love is a disease.

Picture: A commune in Lawrence, Kansas in 1972.

Communes have come into existence for political, religious, or social reasons in both rural and urban environments. They consist of mostly older, middle-class people who are trying to make their vision of the ideal society and believed in it strongly. While they have very little people in each commune, communes required a very strong commitment to the group and the willingness to give up ones own freedom for the group's welfare. Communes have positive and negative images of the United States society and popular culture. On the positive side, our nation has always prized new and different. In the twentieth century, we have placed increasing emphasis on diversity. From the negative side, members of our mainstream society favor the status quo and disagree with communist values and lifestyles.

In the book Delirium, they say that when you fall in love you are infected. They say that love, is a disease, once you are infected, you will start to change. The changes they describe are just like it is now. When you fall in love you experience pain, increased heart rate, loss of sleep, loss of appetite, and you can lose your concentration. Nowadays, just like in the book, love can be classified as a disease. Researchers have put this to the test. They examined 15 people who were in love. Then, they showed the people pictures of their loved ones, their brain activity increased in the pleasure section of their brains, compared to when they were just showed a regular picture. This explains why people are different when they are in love. When they are in love, their brain feels “happy” when, you think about them or are with them. So, people’s brains when they are love feel “happy” think about them instead of worrying about food, sleep, or anything else that you need to focus on. So, I can see why it can be considered a disease. However, instead of how we get to live with this wonderful feeling, people in Delirium have to get cured of it by the time that they are 18. So, they would never be able to fall head over heels in love. 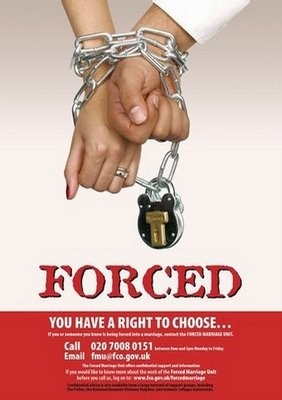 Many people have love marriages, where they choose their partner. But there's another option: arranged marriage. Other people don’t get the privilege of choosing their own partner. For some, their parents choose one for them, and they have to marry them. Why? Well, some parents think that their child will be too immature and impulsive to pick well. Others want to make sure that their child gets married. In Delirium, they consider love a disease, so they give them a cure and give a couple of choices for their pair. But is arranged marriage really so bad? While parental involvement and support is very important for any marriage, some people want to pick. But statistics might show another side of a story. Arranged marriages sometimes get rid of anxiety of whether it’s the right person, and start cold but heat up and boil over time, while love marriages start hot, but many go cold. “A study in Jaipur, India a few decades ago found that people in love marriages were more in love for the first five years, while those in arranged marriages were more in love for the next 30 years.” India also has a divorce rate of 3%, where 90% of marriages are arranged, which shows that maybe arranged marriages end up happier. Many people have arranged marriages in India, but some are getting to chose. For instance, parents might pick a partner, but they might be able to say no.
Also, arranged marriages are thought to be more similar than people thought. In love marriages, people still do see if their parents approve. Most people don’t just go and marry without checking with their friends, their family, and the people close to them. They want approval. Many movies and books have parts where the characters are figuring out how they can introduce their boyfriend or girlfriend to their parents. It’s hard to go out with someone that a lot of your friends and family hate. But the other facts are that you won't be able to know if you could have another person out there. You have to stay dedicated to the person, even if you don't know them, or if you don't like them. That's the difference from Delirium. In Delirium, it doesn't really matter who your partner is, since you don't really care, and your feelings are nonexistent.