zenia is using Smore newsletters to spread the word online.

Get email updates from zenia:

Elements that make up a GPS

Where in the world do these elements come from?

Cesium is mined mostly from a pollucite, which is the major mineral of cesium. It comes mostly from Bernic Lake, Manitoba, Canada. Two thirds of the world's reserves comes from this lake. United States imports 100% of the cesium it uses from Canada. Copper is mined mostly from open pit mines, such as those found in Utah, New Mexico, and Chile. Chile produces the largest percentage of the worlds copper with nearly 33% of the worlds export. Copper is also found in the US, Indonesia, and Peru. Lithium is found in many rocks and some brines, but always in very low concentrations. Chile has the largest reserves by far and the highest annual production of Lithium. It is also found in Bolivia, Australia, Argentina, and China.

Cesium has many physical properties which include state of matter, colour, odor, boiling point, and melting point. Cesium's state is solid but almost a liquid. It is almost yellowish silver, or the colour gold. The odor of cesium is unknown. Cesium's boiling point is 670 degrees Celsius, and it's melting point is 85 degrees Celsius. These properties are suitable for a GPS because since the atomic clock in a GPS is made up of cesium, it lets us know at what point the atomic clock or maybe even the whole GPS will start melting at. Since cesium is a solid, it will have the physical property of hardness which will make the GPS' atomic clock hard to break. Cesium also has important chemical properties which include flammability, and reaction with other compounds. Cesium is a highly flammable element. It reacts instantly with water to generate heat to set fire to the hydrogen produced. This is very important for anyone with a GPS so they know not to take it anywhere near water because it will react with it and set on fire. 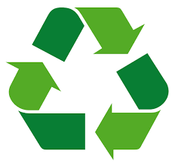 How to easily recycle a GPS

GPS' are fairly easily recycled just like all other electronic devices. The process of recycling it doesn't require much work as you think it might. Any type of electronic devices should be recycled at a recycling centre because they can make it useful and new again. Throwing them away will only waste the amount of money that was spent on it. Old and broken items may seem worthless but they are full of valuables that can be used again. The device is taken to a reprocessing plant where it is shredded into small pieces and ready to be recycled. The non-magnetic and magnetic valuables are separated and sent to a factory to be made into something brand new. For example, since a GPS has copper, the separated copper elements will be sent to a copper factory to make objects made out of copper such as coins, and rings. 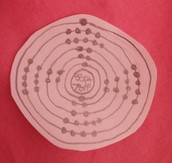 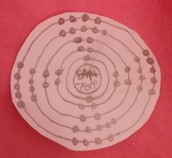 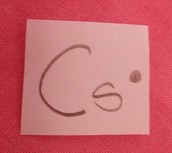 Are these compounds ionic or molecular?

These compounds are ionic because there are either made up of a non-metal and a metal, or a metal and a polyatomic ion. Cesium is the metal in this case, and the non-metals are fluorine, chlorine, bromine, and iodine. The polyatomic ions are hydroxide, sulfate, and carbonate. To make the name one or into a compound, you would put the metal name first, and then non-metal or polyatomic name after. To combine both of the elements formula, you would take the charges on each of the elements and swap them. For example, if the two elements are cesium and bromine, the charge on both elements would be one so when you swap the charges you would get Cs1Br1. We don't write the one so formula would be CsBr. These compounds are not molecular because cesium is a metal, and a molecular/covalent compound is made up of two non-metals.

zenia is using Smore newsletters to spread the word online.