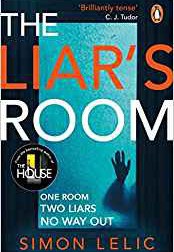 One Room. Two Liars. No Way Out.

Susanna Fenton has a secret. Fourteen years ago she left her identity behind, reinventing herself as a counsellor and starting a new life. It was the only way to keep her daughter safe.

But everything changes when Adam Geraghty walks into her office. She's never met this young man before - so why does she feel like she knows him?

Then Adam starts to tell her about a girl. A girl he wants to hurt.

And Susanna realises she was wrong.

She doesn't know him.

But her knows her... 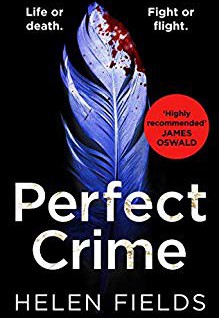 Your darkest moment is your most vulnerable…

Stephen Berry is about to jump off a bridge until a suicide prevention counsellor stops him. A week later, Stephen is dead. Found at the bottom of a cliff, DI Luc Callanach and DCI Ava Turner are drafted in to investigate whether he jumped or whether he was pushed…

As they dig deeper, more would-be suicides roll in: a woman found dead in a bath; a man violently electrocuted. But these are carefully curated deaths – nothing like the impulsive suicide attempts they’ve been made out to be.

Little do Callanach and Turner know how close their perpetrator is as, across Edinburgh, a violent and psychopathic killer gains more confidence with every life he takes… 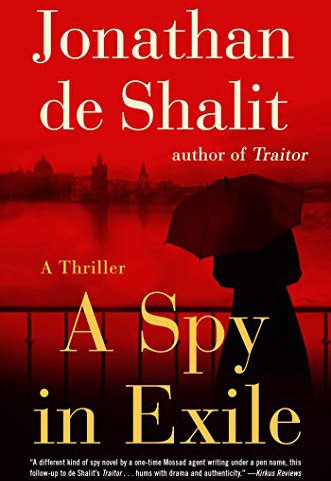 A Spy in Exile

After Ya’ara Stein is forced out of her job at the Mossad—the secret intelligence service of Israel—she is called upon by the Prime Minister for a classified job. Known for her aptitude, beauty, and deadliness, Stein is asked to set up a secret unit that will act independently, answerable only to the Prime Minister.

This streamlined and deadly unit, filled with bright young men and women recruited and trained by Stein, quickly faces threats both old and new. Descendants of the lethal militant Red Army Faction have returned to terrorize Europe and fears of a radical Islam splinter group force the unit to distinguish between facts and smoke screens. As Stein’s cadets struggle to crush these threats, they soon discover how easily the hunter can become the hunted.

A dazzling, tension-filled novel that sheds light on the world hidden just below the surface of our everyday lives, this thriller offers a peek into the dark behind the curtain where today’s deadliest conflicts are fought. With breathless pacing and shocking twists and turns, it proves that Jonathan de Shalit “has learned well from the likes of Mr. le Carré” (The Wall Street Journal). 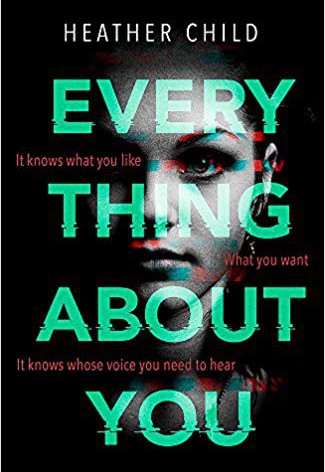 It adopts her sister's personality, recreating her through a life lived online. But this virtual version of her sister knows things it shouldn't be possible to know. It's almost as if the missing girl is still out there somewhere, feeding fresh updates into the cloud. But that's impossible. Isn't it?

With twists and turns you'll never see coming, Everything About You is a thrilling debut showing a chilling vision of a future that's just around the corner. You'll never look at your privacy settings in the same way again . . . 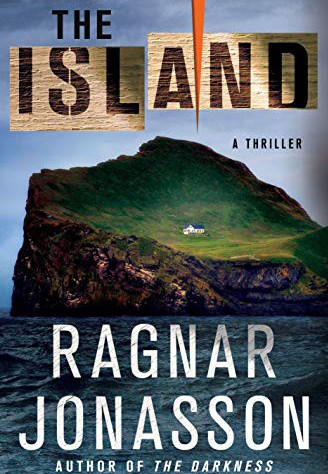 Autumn of 1987 takes a young couple on a romantic trip in the Westfjords holiday—a trip that gets an unexpected ending and has catastrophic consequences.

Ten years later a small group of friends go for a weekend in an old hunting lodge in Elliðaey. A place completely cut off from the outside world, to reconnect. But one of them isn't going to make it make alive. And Detective Inspector Hulda Hermannsdóttir is determined to find the truth in the darkness.

Ragnar Jonasson burst onto the American scene with Snowblind and Nightblind, the first two novels in the Ari Thor thriller series, and the praise was overwhelming. With The Darkness, he launched a new series featuring a completely new sleuth, Detective Inspector Hulda Hermannsdottir of the Reykjavik Police department. The Island is the second book in this series.