Raghav is using Smore newsletters to spread the word online.

Get email updates from Raghav:

Learn the parts of a parabola

How calculate first and second differences

Learn how to solve word problems using the vertex form

Know all the transformations

Features of a Parabola

Vertex: The highest or lowest point on a parabola (written as a coordinate pair)

Axis of symmetry: The vertical half point that separates the parabola into 2 equal parts (written as only a number on the x-axis).

Zeroes: Also known as roots, are points on the graph where the parabola touches or crosses the x-axis. 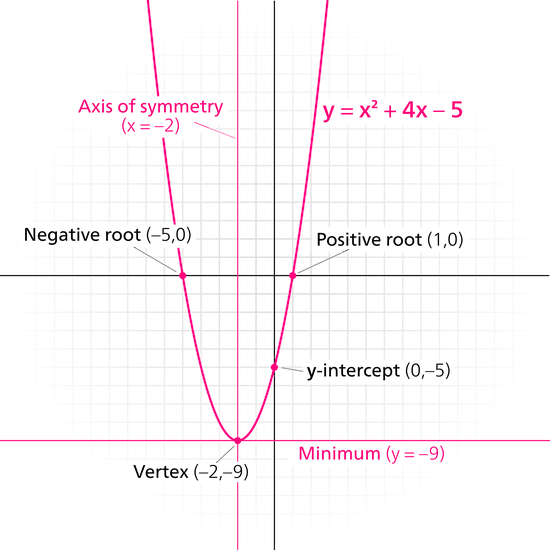 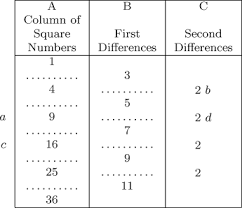 1. The a value is the parabola's vertical stretch

- If a is a negative number, the parabola is flipped (opens downwards) or in other words, there is a reflection in the x-axis

2. The h value is the parabola's horizontal translation

3. The k value is the parabola's vertical translation

4. By looking at both the h and k value, you can combine both of them to determine the vertex of the parabola 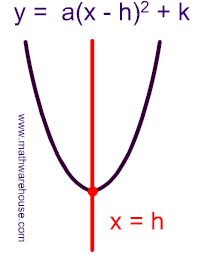 1. As mentioned above, the h value, which is always opposite (negative value is positive on the graph and vice versa) tell us the x value of the vertex

2. The k value, which is NOT opposite, tell us the y value of the vertex

Quick Way of Graphing a Quadratic Function in Vertex Form

The transformed function f(x) = a(x-k) ^2 + k is the vertex form of the quadratic equation.

When graphing the vertex form there are 4 important things to look for in the given equation:

The vertical stretch/compression in a quadratic equation determines whether the parabola contains wide curve or a narrow curve. When a > 1 the parabola has a vertical stretch. When a negative sign is placed in front of it, the rule still applies however it is a < -1. When

0 < a > 1 the parabola has a vertical compression. Just like a stretch, when a negative sign is placed in front of it, the rule still applies but between 0 and -1.

2. Reflection in the x- axis

This is a vertical translation 1 unit up

The Example below shows how the vertical translation effects the placing of a parabola on a graph.

Mapping notation is one of the many methods to accurately graph a quadratic equation. In order to learn mapping notation, you must know the key coordinates of the basic quadratic relation y = x². This is the simplest parabola with no transformations applied.

Now, for example, if we were to describe the transformations for the parabola 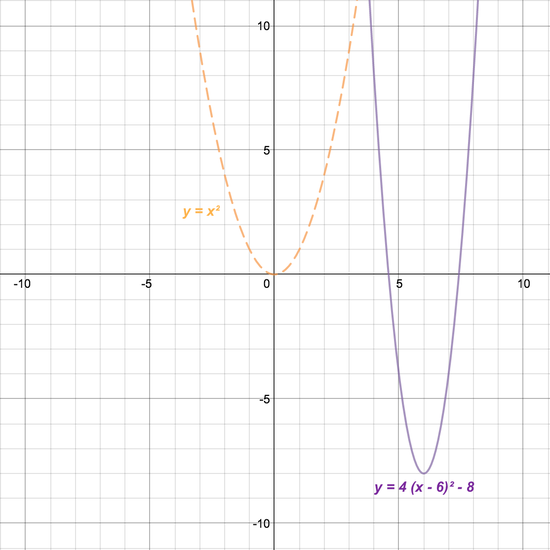 Expanding and simplifying binomials is a process that simplifies factored form. Expanding factored forms will give us our simplified trinomial or binomial. To expand we can use the algebra tiles method or the F.O.I.L method. For the algebra tiles method we just complete the square to get our answer. For F.O.I.L it's a much long process. F.O.I.L stands for First, Outer, Inner and Last. We first multiple the first terms in the factored form then we multiple the outer terms, inner terms and finally the last terms After we're done expanding we simplify by collecting like terms. The video below will help you visually with expanding using algebra tiles and the F.O.I.L method.
Multiplying Two Binomials Using the FOIL Method

When using this method, find the greatest common factor of the polynomial's terms. This will include the GCF of its coefficients and the GCF of its variables.

In this example, the GCF of the coefficient was 2 and the GCF of its variables was y^2 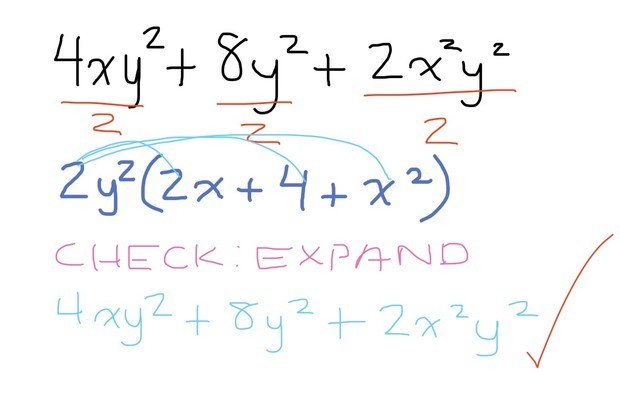 Perfect squares will usually follow one of the two patterns:

2. I will know how to use the Discriminant to find how many x-intercepts a quadratic function has.

3. I learned how to graph a Quadratic Function using the Quadratic Formula.

4. I learned how to Complete The Square to find the Maximum/Minimum value of the quadratic and its' vertex.

5. I will know how to solve a word problem 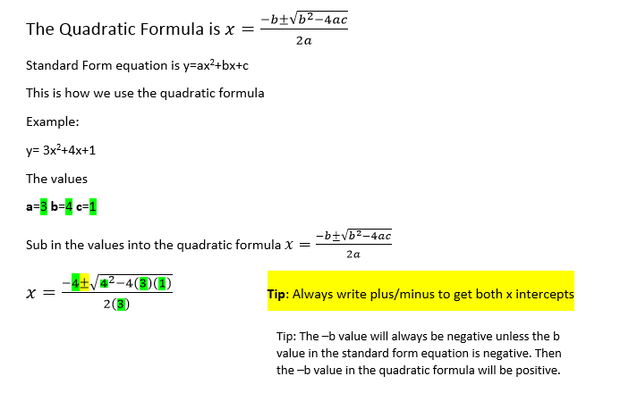 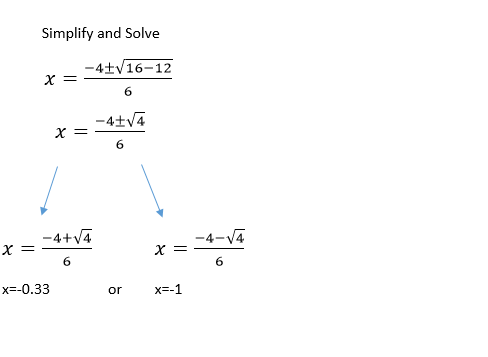 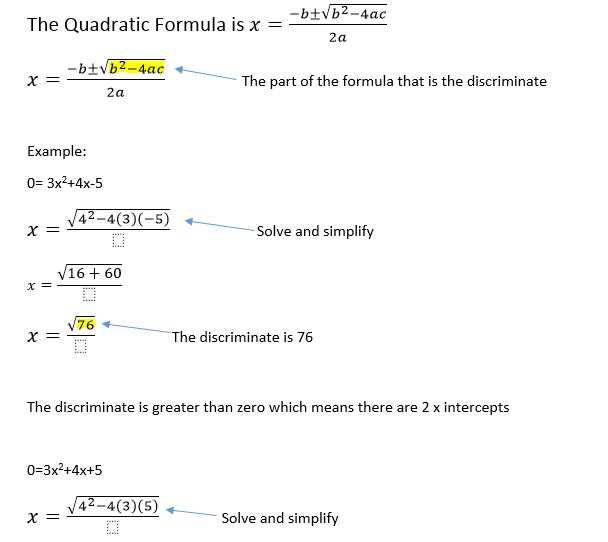 Graphing standard is super easy. It is just like graphing vertex form and factored form. We find our two x values using the quadratic formula. Solve for the axis of symmetry and optimal value. Then simply graph. 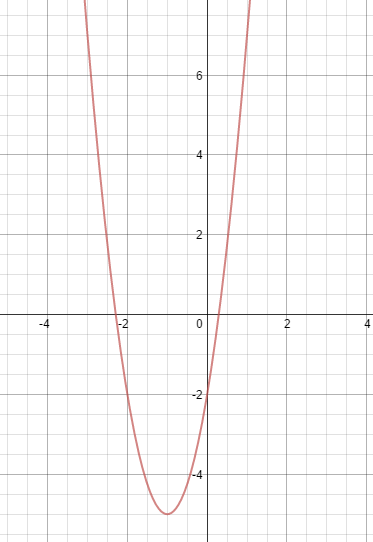 This part of the website will teach you how to go from standard for to vertex form.

How to Solve A Completing the Square Word Problem

How to solve a completing the square word problem

Overall this unit of Quadratics has taught me so much and has given me so much knowledge so i can take it too the real world and apply it there.

Starting slow in the beginning i have made big progress and I know understand the three main components of these units.

This assessment has made me understand the greatest feats that a simple object can reach because of the Motion Word Problems. This can show and provide the accurate data to see what a ball, for example will reach and what time it will reach it. This is used in may real world practices 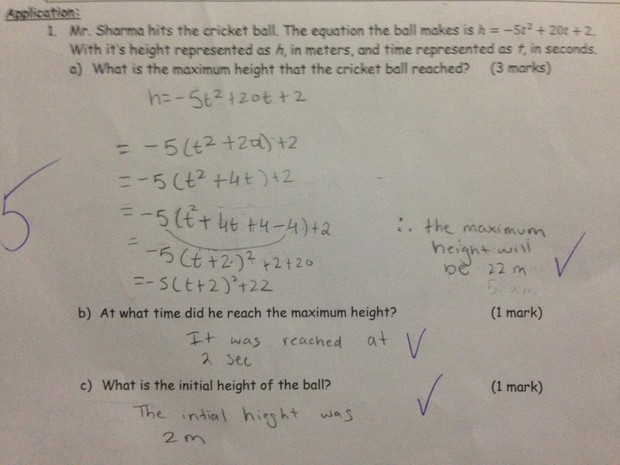 Raghav is using Smore newsletters to spread the word online.