Kaleigh is using Smore newsletters to spread the word online.

Get email updates from Kaleigh:

How the American Revolution Started

How the American Revolution Started 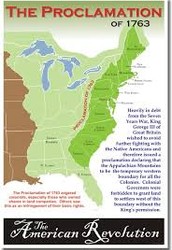 The Proclamation of 1763 is a law passed by Britain saying that none of the colonies can settle west of the Appalachian Mountains because Britain doesn't want to have conflict with the Native Americans. It really upset the colonies since they fought for all this land, and in return, they get none of it to settle in. I think it's one of the most important causes of the American Revolution because it was one of the first reasons that the colonists thought Britain was beginning to use them as bait. They begin to look at it as a reason for Britain to reinforce control of them again. They are starting to feel used by Britain. 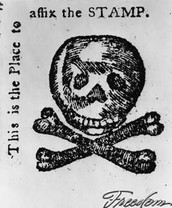 The Stamp Act of 1765 was a law passed by Britain to place a tax on almost all printed goods in the colony, like newspapers, wills, and playing cards. It affected almost everybody in the colonies because a lot of them use ink. It reminded them the of the need of action, and got many people on the Patriots side because of the unneeded tax on the printed goods. It's one of the most important causes of the American Revolution because it made people start to think about Great Britain as a mother country. It wasn't taking good care of them as a real country would do, and the taxes on a lot of the products they buy everyday is terrible, so they saw it as a need for action.

The First Continental Congress of 1774 is where 55 delegates from all the colonies (Except Georgia) went to Philadelphia to talk about the interest in breaking away from Great Britain. The said to boycott all of Britain's goods, cease trades with Britain, and to challenge Britain's control. They sent the Olive Branch Petition to King George III asking him to treat them the same as every other Britain person with equal rights, but King George III refused. I think this one of the most important causes of the American Revolution because they finally met up to discuss about the things that Britain has done to them. They want to be separated from Great Britain because of all the terrible things that they has done to them. They no long thinks it's fair for Britain to use them as a puppet. They realized that if they don't do something fast, they will all be sent back to Britain. They now know it's time for a change. 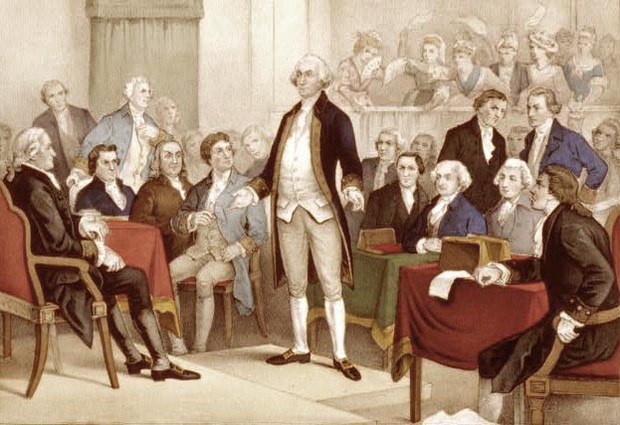 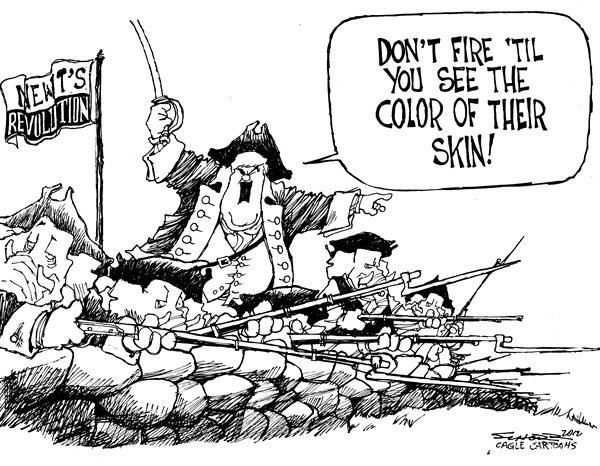 This cartoon represents the American Revolution because the people are against African Americans at the time, and they will get more supporters if they think that all the people that are avoiding the African Americans. They don't think about shooting the British first, but instead, if they see a African American, then they would shot them first, the same for the British. If there was African Americans fighting for the Americans, they would probably do the same. No one wanted people to have dark skin at the time, so they simply got rid of them by killing them, just like in the Boston Massacre. The people didn't even recognize Crispus Attucks anywhere, like in the famous painting by Paul Revere. Even though it is such a shock today in our world, the Americans used it to get supporters.
America the Story of Us: American Revolution

Questions To Answer From The Video

Kaleigh is using Smore newsletters to spread the word online.