Belgium is a very unique country in Europe... It has 3 official languages, that make it easy for different nationality people can talk to one another. The city of Bruges, Royal palace, and church of holy blood are a few of Belgium's biggest historic landmarks along with many national parks, museums and more. Belgium has a rich history and produces many different famous products such as Beer and Belgian Waffles. There culture is very similar to the French and Germans, and is an overall good place to go, the environment is friendly and open handed to tourists! 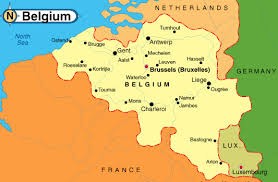 I am an admirer of European culture and am of German and Greek blood, I have seen many different European arts and culture. Belgium may not be the most popular culture but it is very unique. I enjoy learning about history of Europe, and enjoyed researching Belgium. This is a highly recommended country to visit. And I would like to visit it some day.

Famous World War II battle "Bulge" was fought in Belgium. Belgium occupies part of the Roman province Belgica, named after the belgae, a people of ancient Gaul. The area was conquered by Julius caesar in 57-50 B.C., then was overrun by the franks in the 5th century A.D. Germany invasion on Beligum was the start of World War I.

-Filet Americain is raw meat with seasoned and many other ingredients with tabasco, ketchup or mustard.

- Waffles the Belgian are known for their waffles and it is a big breakfast dish for Belgians.

-Gentzewaterzooi, soup like stew, made with many fish and various other ingredients. 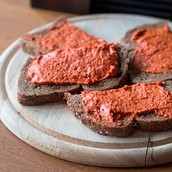 The climate of Belgium can be classified as Cfb Climate; a warm temperated humid climate with the warmest month lower than 22°C over average and four or more months above 10°C over average

Antwerp international airport in Antwerp, It is 45 km from Ghent and will take 44 min. It is 25 miles from Brussels. And 57 miles from leige.

Xavier Henry: NBA guard who played for the New Orleans Hornets during the 2012-13 season before signing with the Los Angeles Lakers in 2013. Johnny Galecki: He became known for his role as Leonard Hofstadter on the CBS sitcom The Big Bang Theory and as David Healy on hit sitcom, Roseanne. Chris Richardson: Pop and R&B singer who finished in fifth place on American Idol's sixth season. He has appeared on tracks for artists like Tyga and Caskey.

Connect with Noah B