Jaycie is using Smore newsletters to spread the word online.

Get email updates from Jaycie:

North Korea has been further experimenting with nuclear weaponry and believes they will be able to improve nuclear weapons by making them lighter, smaller and more dangerous. They believe the nuclear risk is worth the effort, and that they will gain lasting peace with nuclear weaponry. Many countries are worried this will lead to war. South Korea has been in alert. North Korea spews evidence of a nuclear warhead that could reenter the Earth’s atmosphere after being launched into space and eventually land on an unsuspecting country. 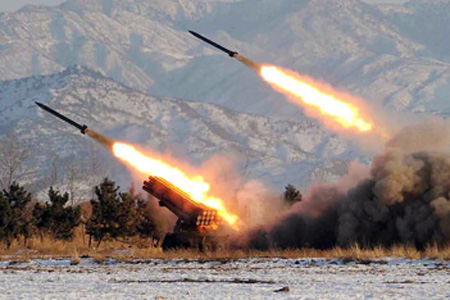 Blast From the Past: Marie Curie

In the late 1800s, the field of organized science was beginning to become very prominent. Bright, new studies were done all around the world and promising discoveries were being published. However, many experiments lacked restraint and caution. Safety precautions were rarely practiced. As new elements and substances were being discovered and invented, no one understood how to handle hazardous elements. Marie Curie is the prime example of this, as she is one of the pioneering scientists to study this new phenomenon, “radioactivity.”

Marie Curie, who was the daughter of Maria Sklodowska, was born in Warsaw, Poland in the year 1876. Even though Marie’s family was known to be quite wealthy, she was placed in standard schooling because her parent’s spent too much money focused on funding the war. Marie finished school as valedictorian at age 15.

Soon after, as Marie went to France to go to college, she met Pierre Curie, who was a man with great interest in Science. However, at the time, his scientific career had been nonexistent. After Pierre got his PhD, Marie agreed to marry him on July 26, 1895. The pair soon became an efficient team, with Marie working as the chemist and Pierre as the physicist. They found a lab in an old potato shack behind the building where Pierre worked and began studying a new phenomenon that Marie dubbed, “Radioactivity.”

Marie made many discoveries concerning radioactivity and radioactive elements. The most important was her discovery that radioactivity is an "atomic" phenomenon. Radioactivity is something caused within the atom and not due to the bonds to other atoms. However, these important discoveries did not come without a price. To retrieve the amount of radium she needed for her experiments, Marie had to work grueling hours extracting pure radium from tons of dangerous forms of rock. Not only were the fumes from the extraction process highly toxic, but the radium itself exposed Marie to an incredibly unhealthy amount of radioactivity. Marie practically lived among radioactive material. Both Marie and Pierre had been badly burnt and scarred from mishandling the radioactive material. These effects soon took its toll. The Radium caused delayed nerve reactions in Pierre’s brain which caused his death in 1906 after being trampled to death by a carriage. Marie was grief-stricken. Not only was she without a husband, but also without her partner.

Despite her husband’s death, Marie’s love for radioactivity and science was never relinquished. She invented an x-ray machine to help aid soldiers from the war. The French government awarded her the Legion of Honor medal to reward her. Finally, in 1995, Marie’s travels and discoveries came to an end when she received Leukemia. This is because her immune system was severely weakened by the radium.

The danger and radioactivity that she endured will always be remembered. Curie’s notebooks, clothing, dishes, and even her cookbooks are still too radioactive to touch and are kept in thick lead boxes.They will not be safe to handle for the next thousand years. Her discoveries play an important part in radioactive and nuclear sciences, even today. The sacrifices that Curie made for the name of science will be remembered forever. 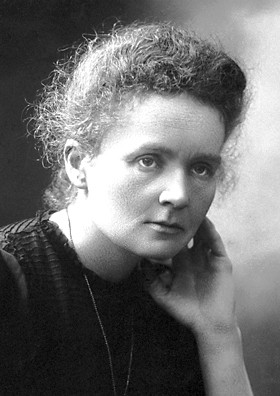 Years ago a powerful nuclear factory in Yongbyon was shut off because of foreign disagreement and conflict. Despite pressure from the United States and South Korea, North Korea has decided to restart their nuclear reactors. According to the John Hopkins’s School of Advanced International Studies, steam and productivity can be seen spewing out of the nuclear reactors. The fact that North Korea is using nuclear reactors is incredibly problematic because they can create huge amounts of plutonium and uranium that can be used for nuclear weaponry. The United States insists that North Korea remove the nuclear reactors in order to create a state of denuclearization. The dangers of nuclear attack increase as it has been confirmed that there has been three recent nuclear test explosions in the past couple of years. 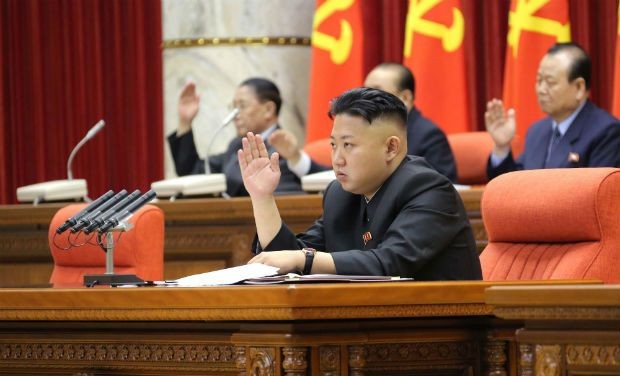 All you need to become an Engineer is a Bachelor of Science degree and five years experience in the nuclear field. You will be making an average salary of a whopping $99,920 dollars per year! Nuclear Process Engineers are in charge of all the nuclear engineering mechanisms that occur in the area. You will be developing and improving special instruments and systems that are used to create nuclear medicine or nuclear energy that will power the city. Join today! 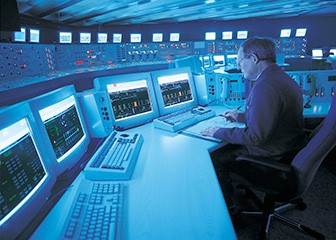 Join Berkeley University and study Nuclear Chemistry! Berkeley is commonly regarded as the best public university in the nation, with excellent and highly merited professors such as Heino Nitsche. It is located in beautiful city of San Francisco and has an incredibly diverse number of people from many ethnic groups. Berkeley is incredibly prestigious and is very selective. The nuclear chemistry curriculum at Berkeley is incredibly rigorous and fulfilling. Berkeley pushes student’s to think critically about today’s technological issues involving energy production and teaches efficient ways to create energy with nuclear science. Berkeley has world-renowned research facilities that allow students to research and make their own innovations in fields such as fluid mechanics and thermodynamics. Berkeley creates leaders in energy production, not followers. Enroll today! 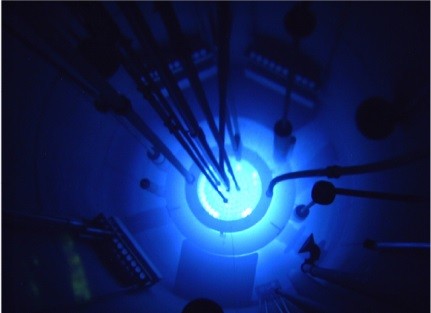 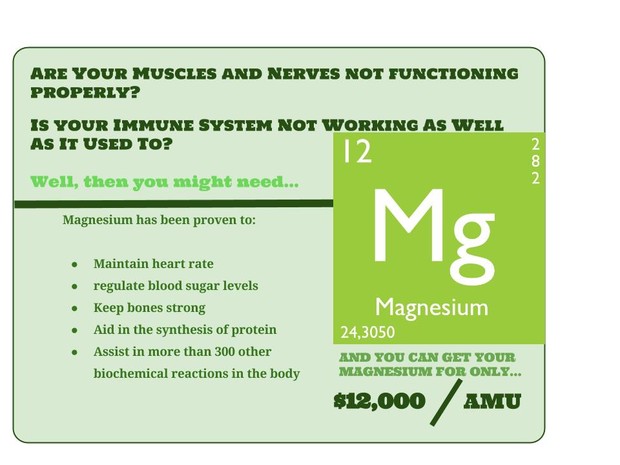 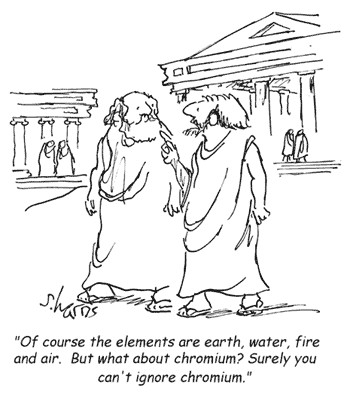 - People used to use to think of Mercury as medicinal and therapeutic, even though Mercury is extremely toxic to the human body!

- Mercury was named after Mercury, a Roman God because of the mysterious, shiny and odd texture the chemical had.

- Mercury and thermometers are banned from airlines because Mercury can bond very easily with the aluminum that the airplane is made out of and can cause metal to erode and rust. This leaves dangerous holes and gaps in the plane.

There are different names for Mercury in different places! 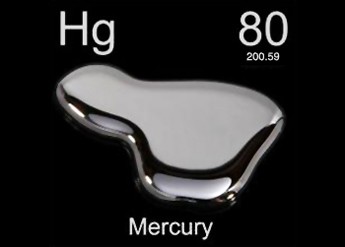 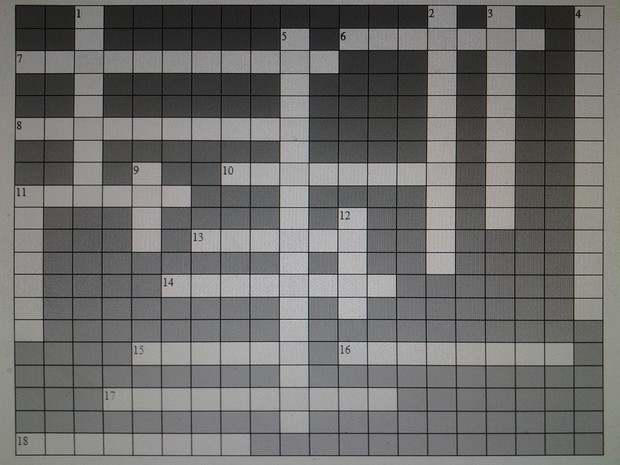 6. arranged periodic table by atomic number
7. when two nuclei crash into each other
8. said that electrons are like waves
11. the joining of two atoms
13. came up with the modern atomic theory, elements made of atoms
14. discovered the electron
15. positively charged particle
16. subatomic particle with same mass as and electron but with a positive charge
17. thought of the theory of something so small it can not be broken down any more, atoms
18. discovered the neutron

1. have no mass, travel at the speed of light
2. more powerful than alpha particle, electron
3. invented the quantum theory
4. largest form of radioactive atom, most dangerous when ingested
5. states that you cannot know both the position and momentum of an electron at the same time
9. invented the planetary model
11. division of an atom
12. negatively charged particle

Jaycie is using Smore newsletters to spread the word online.