The Role of Bacteria

By: Hallie Le and Allie Li

The Role of Bacteria

By: Hallie Le and Allie Li

How do these bacteria fight off viruses?

For starters, when a coccolithophores is attacked by a bacteria (and the white plate cannot protect it), it sends chemical signals to warn other coccolithophores. After getting these weak signals from others, the coccolithophores change their DNA and create instead of a white plate on the outside, a jaggedly scales. If this fails than they destroy themselves, much like a suicide.

Why is this “war” so important?

These “wars” help produce half of the oxygen we breathe.

A group of coccolithophores. The white on it is its protection shield.

As it dies it sheds its white plate and it goes to the surface of the ocean. Making it visible from space.

The process as it ages

These are the most common fungi, they consist of mushroom, toadstool, and many more.

Their importance is to decompose plant litter. The environment that they are most likely to see these types of bacteria is in the woods.

This bacteria breaks down everyday trash like toothbrushes, ropes, violins, etc. this help the environment by helping destroy the waste that's in bodies of water and land. This bacteria is important to our environment by allowing us to help fight global warming 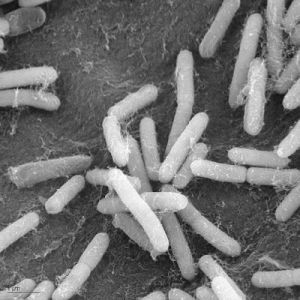