By Christina B. and Shandra R.

By Christina B. and Shandra R.

The Science of HIV/AIDS 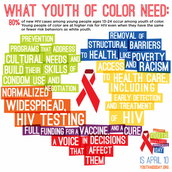 Unlike other viruses if you get HIV you will have it for the rest of your life. HIV attacks the body's immune system specifically the cells C4D or t cells they are cells help to fight off infections, this could cause the people who have HIV to be more open to infections or infection related cancers. AIDS is caused by HIV.

Two places that impacted by HIV/AIDS

Europe is one of the places impacted by HIV and AIDS. Some of the most popular way people in Europe is mostly physical contact with both males , people who inject drugs , and women that were migrants that came to Europe from the sub-Sahara Africa. The second place that was affected by HIV and AIDS is the Caribbean. The Caribbeans number people living with AIDS/HIV is about 12,000 people with currently only 42% of people that are 15 years old or older that have HIV or AIDS.people that are in the Caribbean (or almost any other place) that you will be at a higher risk of HIV and AIDS is if someone is a sex worker. 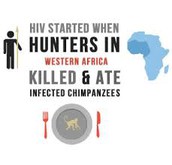 Why does HIV and AIDS exist?

HIV and AIDS exist because people found out that they had the disease originally in Africa and people didn't know it existed until the 1980's so people couldn't really do anything about it until it spread to at least 5 countries by the time that people found out it existed. There is a theory that HIV and AIDS came from monkeys because they have a similar to a disease that the monkeys have called SIV. Another theory is that they killed and ate infected monkeys also. 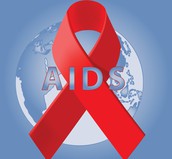 What connections are there to HIV and World history

The connections between HIV and world history finding out a new and infectious disease is important for people to know and president Obama has funded the research because it is a global disease so it relates to one of the president's who helped the cause.it is also connected because it is a world wide concern so it could affect almost anybody.

locally the HIV and AID population is around 1.2 million people with 1 in 7 people not knowing that they have HIV. A total of about 659000 people have died from HIV in just the U.S.A alone. Although the U.S.A is one of the greatest funders of research of HIV its still facing a major ongoing epidemic with about 50000 new infections per year and testing and treatments could also be making new infections.

How you can prevent HIV/AIDS

There are many ways to pervent HIV/AIDS

What is the global impact HIV

The global impacts of HIV is that it would reduse the population and increase poverty because some county's dont have the money to get treated for HIV. Some other impacts are that students schooling may suffer because they might have to take care of there sick parent

Who will benefit from learning about AIDS/HIV

What can we do to address the issue? 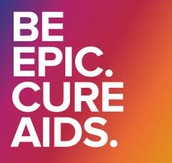 What needs to change to solve this global issue?

more about HIV and AIDS