Equality for the few

Equality for the few

The Civil Rights Movement brought about much change to American society that has given many a chance to the American dream and pursuit of happiness. But through this period of agony and tyranny The African American people rose up and said enough. Even though they had been fighting since the end of the civil war for a fair and just society that they could be a part of. So many African Americans were abused of their basic Human Rights and living in a country that was founded on Equality and equal protection for its citizens and were not given that opportunity at a fair life in America. A country so determined to fight for what is right, but did not fight for its Citizens that were abused because of Flawed laws.
Flawed laws that prevented them from achieving there rights as American Citizens. Many could not vote just because of the color of there skin was not white but black. Above all else the worlds most powerful nation did not put its focus on its people, but on the few .

Change in The Making

It is the most apparent moment in the Civil Rights Movement because it is considered to be the beginning of the movement. Following the death of Emmett Till, the trial for the young boy was rigged because the jury was all white men and the two men accused of the murder were freed and in this you can see that African Americans were outraged by this horrific crime against humanity.
2. Montgomery Bus Boycott
The boycott began after Rosa Parks refused to give up her seat. But this caused much uproar in the country because many began to notice that the African American population in Montgomery did not ride the bus anymore because of the protest. It was powerful in the way of making change because they gathered national attention in making others be influenced to do the right thing. But also the Montgomery Buses made most o there profit on African American riders and since the protest was occurring this was a way that nonviolent protest could be seen because they were harming the Montgomery Buses but no actual damage was made.
3.March on Washington
This is significant in the way that Martin Luther King gave his "I have a Dream" speech and this speech caught the eyes of many blacks and including whites who were swayed by Kings words of truth. But this march gained more attention to the cause that Martin Luther King had been fighting for so long.
4.Selma to Montgomery Marches
The marches were a difficult to accomplish because the first march or as it was Called "Bloody Sunday" and many African American were ambushed and attacked for juts wanting to cross the Edmund Pettus Bridge. But after the police ambushed these peaceful protesters many saw the brutality and injustice that African Americans had to suffer living in this country.
5. Assignation of Martin Luther King
King died in 1968 and was shot by a white man. This caused much tragedy to the African American people who in such looked up to the man that gave them hope and lead them to a better life in this country giving his life for the cause of the Civil Rights Movement 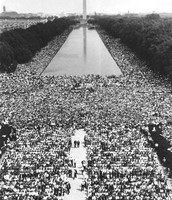 The National Association for the Advancement of Colored People is the oldest Civil Rights organizations in the United States it was founded in 1909. During the Civil Rights Era the NAACP accomplished many of its goals to fight against segregation. But with it's goals it helped the movement grow closer to its Civil Equality faster. The biggest action the NAACP took was to fight for integration in schools in which they did with the lawsuit BROWN v. Board of Education. 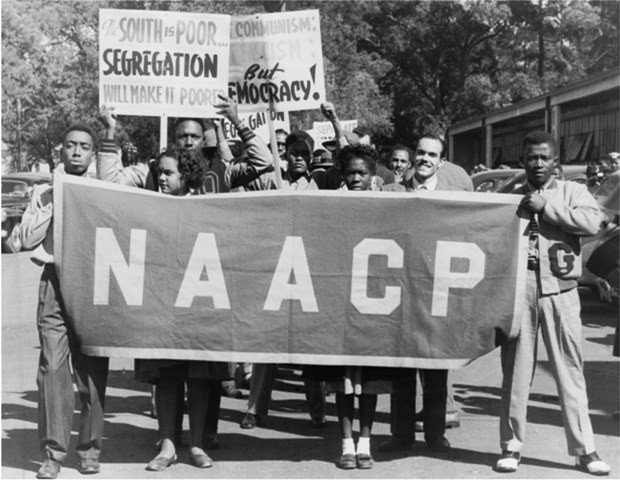 The Congress of Racial Equality (CORE) became one of the most important civil rights groups in which was founded in 1943. Through the midst of the Civil Rights Movement in the 1960's CORE had partnered with other Civil Rights organizations to accomplish more change for the African American people living in the United states.Their main focus was to desegregate public facilities like schools and restaurants. But the most noticeable effort that CORE made was to organize the freedom riders. In which was to protest segregation on bus terminals in the south. 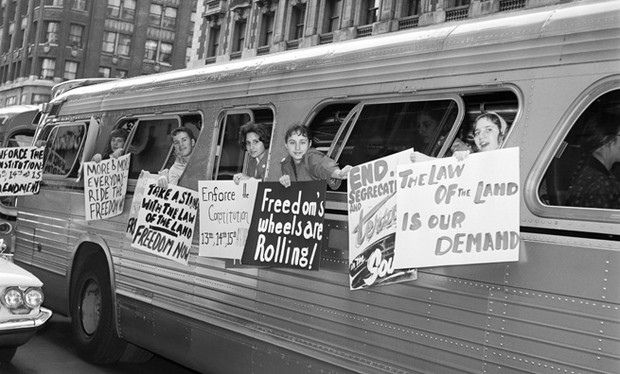 During the Civil Rights Movements the majority of African Americans fought for their rights not with violence. But with a non-violent approach that was adopted from Mohandas Gandhi philosophy of Civil Disobedience in which he used to free the Indian people from the imperialist nation of Great Britain. Dr.king was the biggest influence to the many African Americans that followed his methods of fighting for equal right.
But with this approach many had disagreed because they believed in fighting back and defending themselves against White Americans in the U.S. because of what they had done to their ancestors during the era of slavery in the United states. One of the biggest influences of this method was Malcolm X who was a black Muslim part of the Nation of Islam. But Malcolm X preached the philosophy of any means necessary to gain equality in the United states. The nation of Islam did not agree with the methods that Malcolm X was preaching.
The non-violent approach showed many that it would work eventually because the African Americans were not fighting back, but were abused because they were not doing anything harmful. But with this it showed that the African American people were being oppressed by its own government that had promised them freedom and equal protection. The only protection was given only to the ones who were not African Americans.The Civil Rights Movement changed American Society dramatically and allowed for equality to be achievable for the Citizens of color in the U.S.