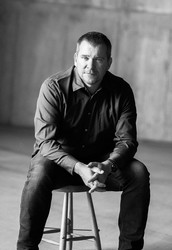 Over the past two weeks, our St. Labre schools have suffered two terrible losses. First, 12 year-old Courtney Mae Little Nest, a 7th grade Crow student at Pretty Eagle Catholic Academy (part of the St. Labre Indian School network), was killed in a car accident. I joined over 600 mourners on September 1st to celebrate her life and mourn the terrible loss. That same day, a recently retired long-time teacher at St. Labre, Ken Kania, was killed in a head-on accident.

Both funerals were heart-wrenching for they were both deeply loved. Courtney Mae was an avid basketball player, full of life and possibilities. Ken was a Wisconsin native who came out to St. Labre to volunteer in 1973 and fell in love with Cheyenne culture and the St. Labre schools. He married Pam Oesterle, a fellow teacher at St. Labre and they ended up adopting two Blackfeet children and their family grew. Ken taught American history, Spanish, and Cheyenne culture, eventually being adopted by the tribe with the name “Beaver Appears,” which I learned was the name of the super moon which appeared after his birth in 1948 and is not due again until November of this year. Ken gave 40 great years to the students of St. Labre and is well-revered by former students and colleagues.

After witnessing two beautiful funerals—one Crow, one part-Cheyenne and one-part Catholic—I am filled with awe and gratitude for our great St. Labre schools. One particular moment stands out. Fr. Larry Weber, O.F.M. Cap, the parish priest at St. Labre who was driving the car that was hit, showed tremendous courage in con-celebrating the funeral Mass. During the Eucharistic prayer, he began reading his part, broke down in tears and said, “I can’t continue.” It was remarkably poignant and showed his courage to be vulnerable in his own time of grief.

Please join me in praying for Fr. Larry, for Ken and his family, for Courtney Mae and her family, and the entire St. Labre Indian School network. 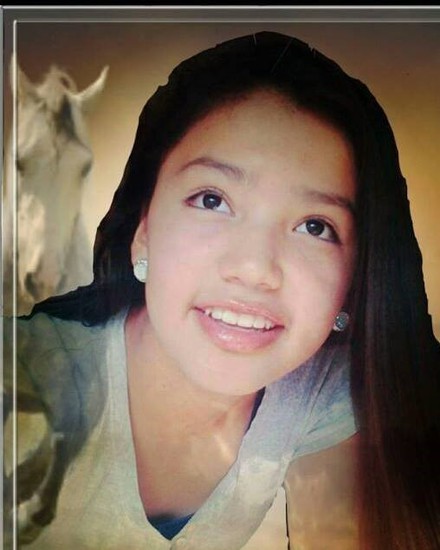 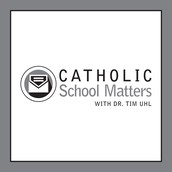 High school pallbearers minister to those who die alone An albatross of nostalgia, hanging on the Church of Philadelphia 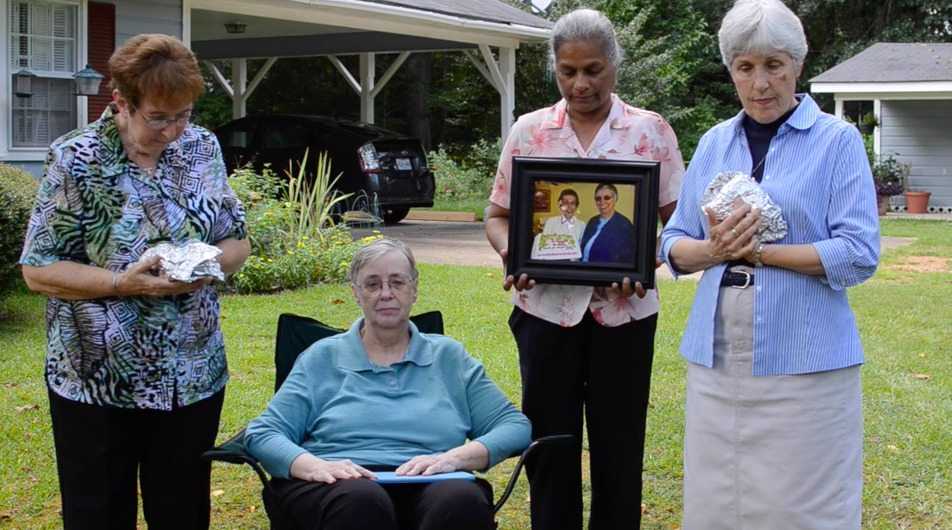 Recently a controversy sprung up in Arkansas over the handbook language surrounding LGBT students and issues. It's an interesting perspective to see how Church Militant and The New Civil RIghts Movement have interpreted the action and reaction. 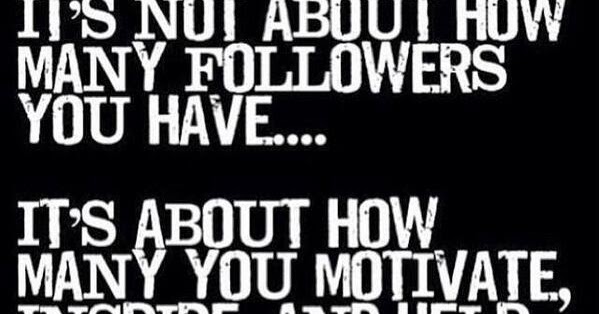 Principal's Blog: How to Gain More Social Media Followers When You Need To

The 30 Elements of Consumer Value: A Hierarchy Focus more on employee strengths | The Context Of Things

thecontextofthings.com
Managers tend to NOT focus on employee strengths, as those can be perceived as a threat to the manager. But research shows they matter for profit growth.

A Principal's Reflections: A Simple Strategy to Deal With Negative People 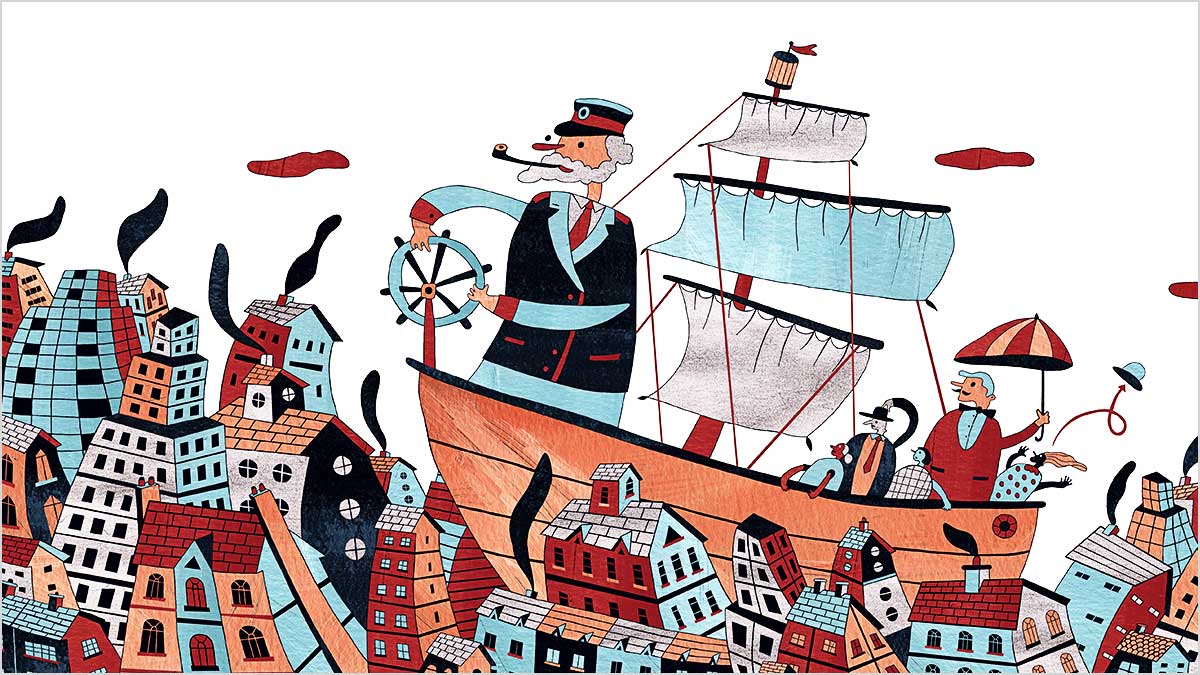 hbr.org
They know how to empower their team. 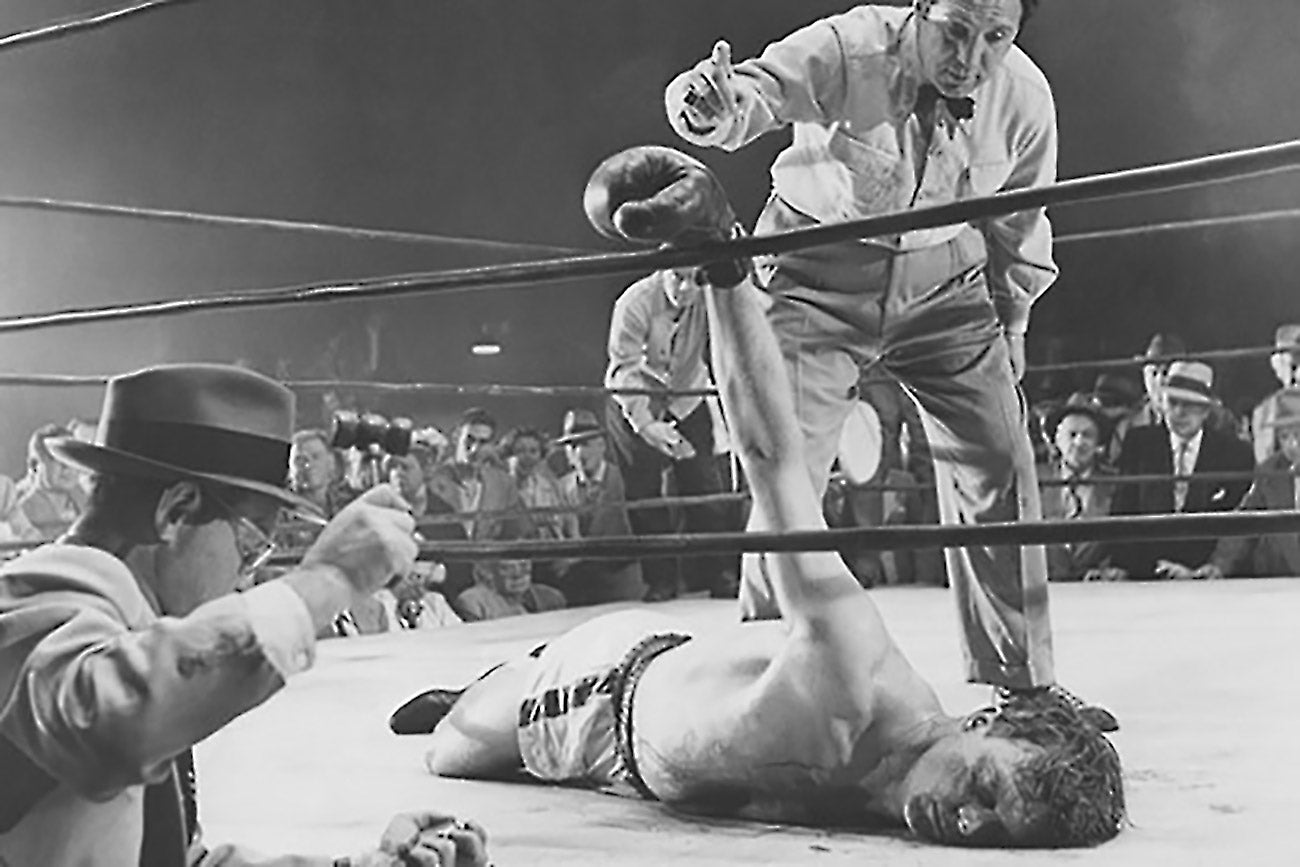 Why You Should Hire People Toughened by Failure, Not Those Coddled by Success

www.entrepreneur.com
Amazon and Google discovered what the most innovative employees have in common is not how well they did at a prestige college. 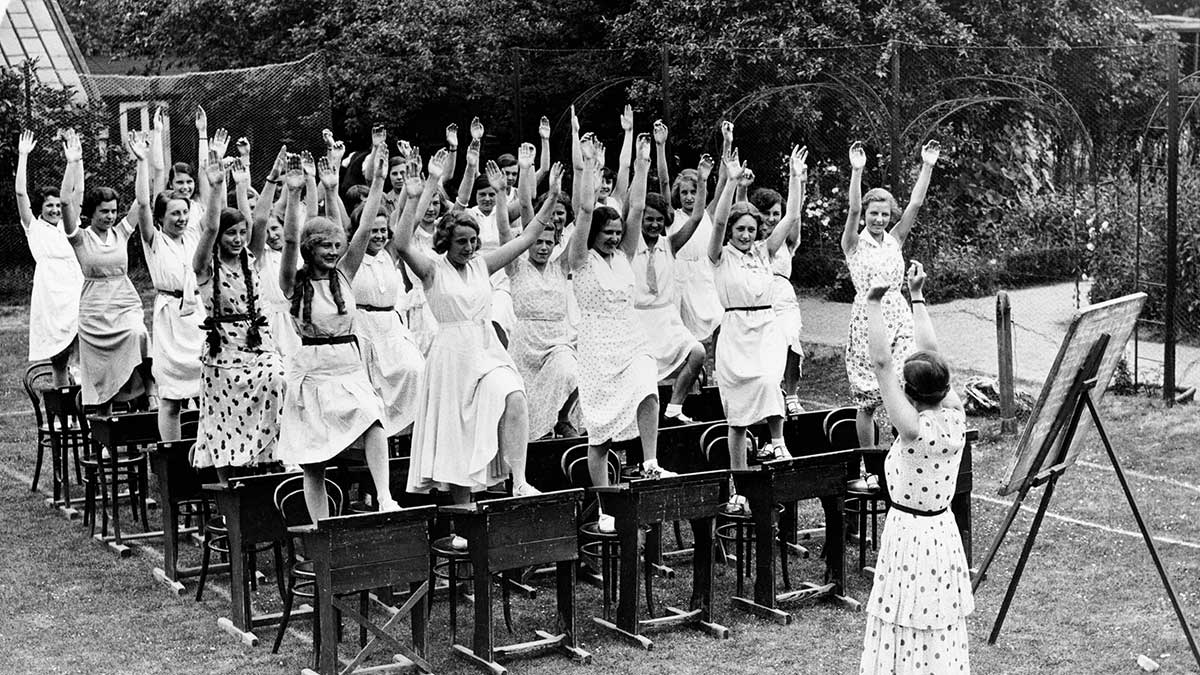 How to Manage Managers

hbr.org
Model the behavior you want to see.

insight.kellogg.northwestern.edu
Why “teams are not cocktail parties,” and other words of wisdom. The Great Leadership Cop Out: Why “That’s Just Who I Am” Is Derailing Your Results

letsgrowleaders.com
Sam knew something was wrong. It just wasn’t fun anymore. The creativity and enthusiasm had drained from the company. Decisions took forever. Managers we

How to tell if you're a good communicator

www.edutopia.org
A look at the research that made an impact in 2015, from the benefits of well-designed classroom spaces to the neuroscience behind exercise and math ability.

www.edsurge.com
Umang Gupta’s advice on monetizing your edtech product offers a snapshot of what the world of selling products to K-12 educators looks like to companies—and what the smartest edtech companies should know.Now let’s flip that lens: What does the world of edtech products look like to administrators? Wh

How Failure and Solving Real Problems Helps This School Thrive

ww2.kqed.org
Teachers at the STEM School Chattanooga push students to do their best work through questioning strategies that they've often learned by being coached. 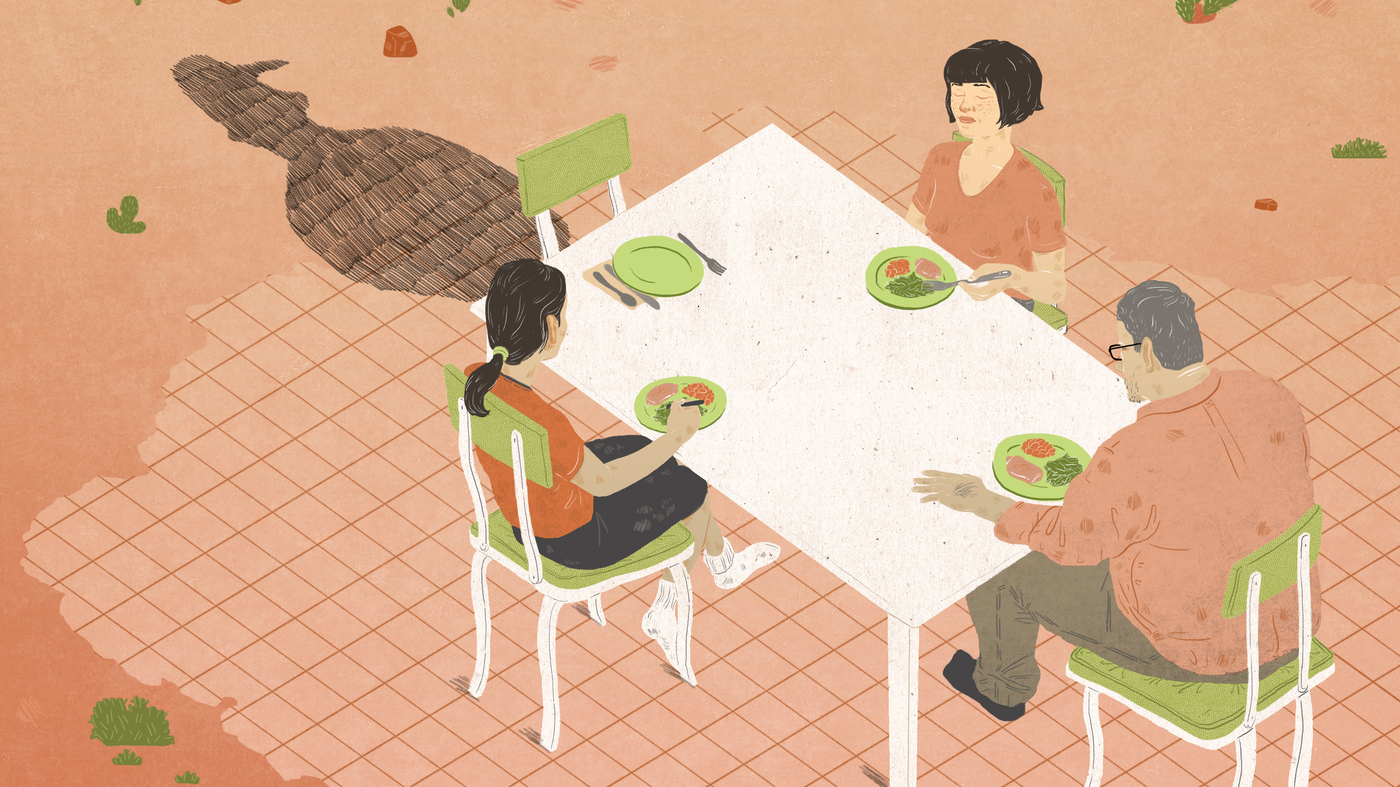 6 Myths About Suicide That Every Educator And Parent Should Know

www.npr.org
One of the biggest myths? That children don't kill themselves. It's just not true. Children as young as 5 take their own lives every year. 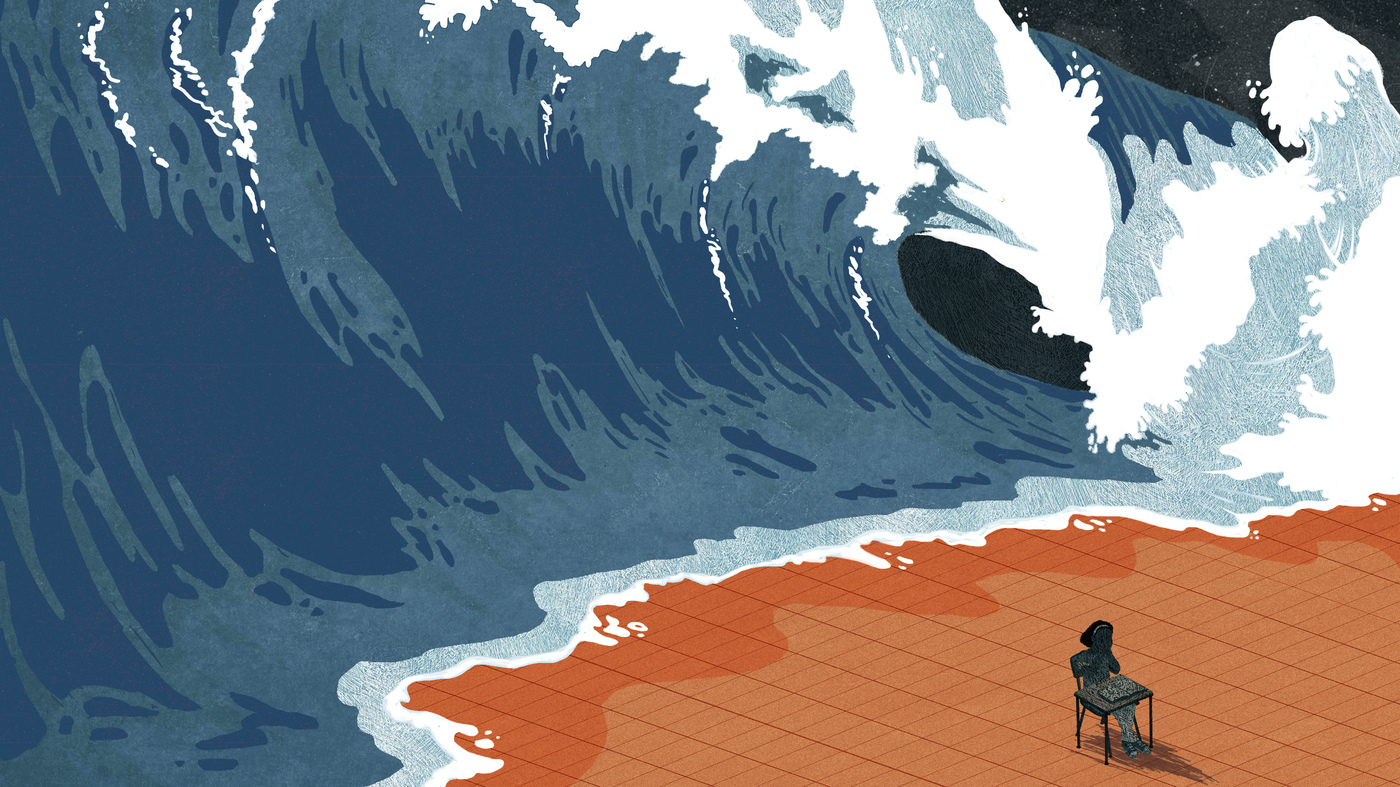 www.npr.org
An estimated 20 percent of children show signs or symptoms of a mental health problem. It's a destructive force in schools, but most educators don't have the training or resources to help.

mtstandard.com
This September, the second annual “Dr. DJ O’Neill Conference” is addressing a very timely and critical subject: “Healing within a Culture of Hurt.” 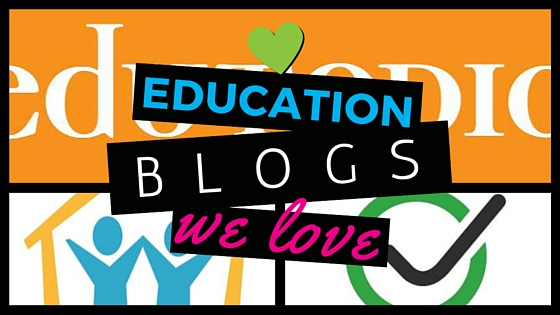 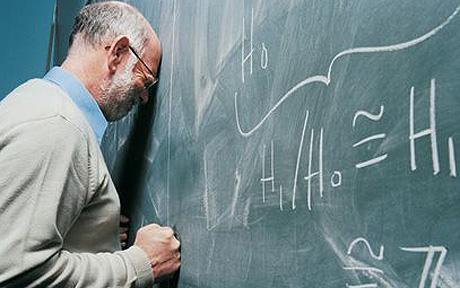 misterrad.tumblr.com
“ So, You Think You’re a Terrible Teacher ” So, we’re a few weeks into school now. Let me guess, you don’t think it’s going that well. You’re through your first mini-unit, the one you planned over the...

Having an Off Day: A Letter to New Teachers

www.edutopia.org
If your lesson fails, have a backup, ask yourself why it happened, devise a better plan for the next day, and don't assume you're a bad teacher!

Find Your Marigold: The One Essential Rule for New Teachers

www.cultofpedagogy.com
Advice is available everywhere you look, and some of it is very good. Still, with everything you have to do right now, it’s easy to get overwhelmed by the sheer

ajjuliani.com
On Monday of last week, I officially started my new job as Director of Technology and Innovation for Centennial School District (Warminster, PA). While I’m

ajjuliani.com
Have you heard of “The Innovator’s Mindset” MOOC, happening over a six week period? This awesome opportunity will begin on September 17, 2016 and fin 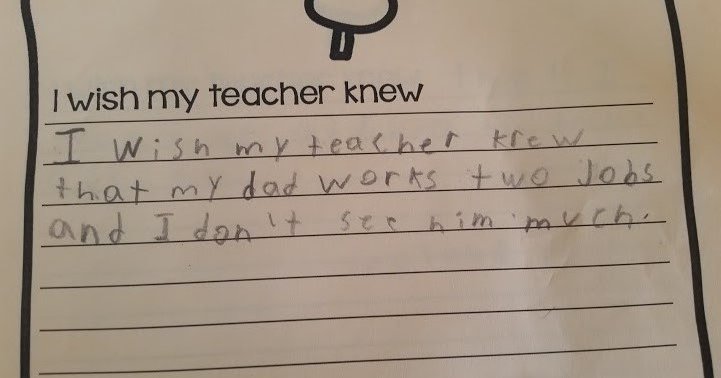 What Kids Wish Their Teachers Knew

www.nytimes.com
A teacher’s insights from asking students to finish the sentence, “I wish my teacher knew…”

7 Reasons You Should Be Excited About the Future of Learning - A.J. JULIANI

ajjuliani.com
In the year 1820, a person could expect to live less than 35 years, 94% of the global population lived in extreme poverty, and less that 20% of the populat

carolynescorner.wordpress.com
In our mistaken definition of a ‘good parent’, we have embraced this notion that good parenting is equal to protecting our children from all harm, including – heaven forbid -the slim possibility that they might fail. By not allowing our children to fail, we are failing our children. By shielding them from temporary pain, we…

I BELIEVE, DO YOU? – The Shift Paradigm Series

shiftparadigm2011.wordpress.com
I am on my own. You are on your own. When it comes to helping students learn, every teacher, in every classroom throughout the world, is on her or his own. The vast machine-like system of education, in which we are cogs, is incapable of connecting with each of us and connecting us to each… 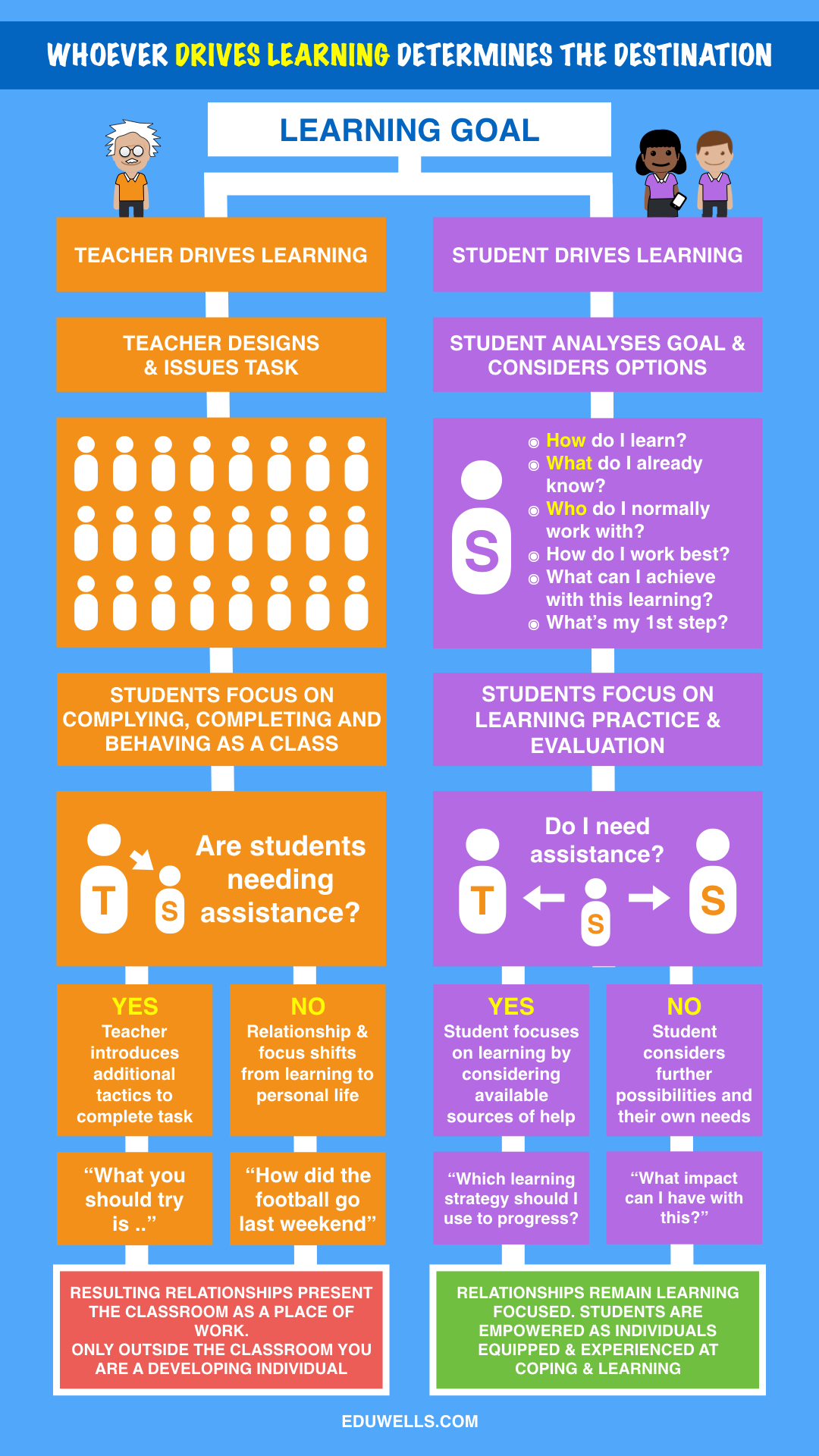 Whoever drives learning determines the destination

eduwells.com
Whilst reminiscing with adults about our own experience of school, there are two types of story or description that emerge Classroom stories normally focus on the teacher, be it the way they talked, dressed or displayed terrible personal hygiene. Any other school stories include personal memories from trips, stage performances or embarrassing social moments. Now, notice here that stories…

The Deficit Model Is Harming Your Students

www.edutopia.org
Raise your underserved students' expectations by raising your own, and create a series of reachable, data-based goals, scaffolding your instruction and mitigating their fear of failure.

The 5 Priorities of Classroom Management

ww2.kqed.org
Interventions and strategic behaviors can help teachers manage students who are acting out or missing out on learning because of behavioral issues. 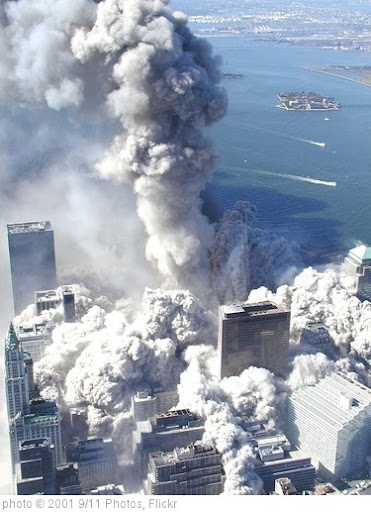 The Best Sites To Help Teach About 9/11

www.brilliant-insane.com
What if homework is actually hazardous to your child's health?
Five Principles of Extraordinary Math Teaching | Dan Finkel | TEDxRainier 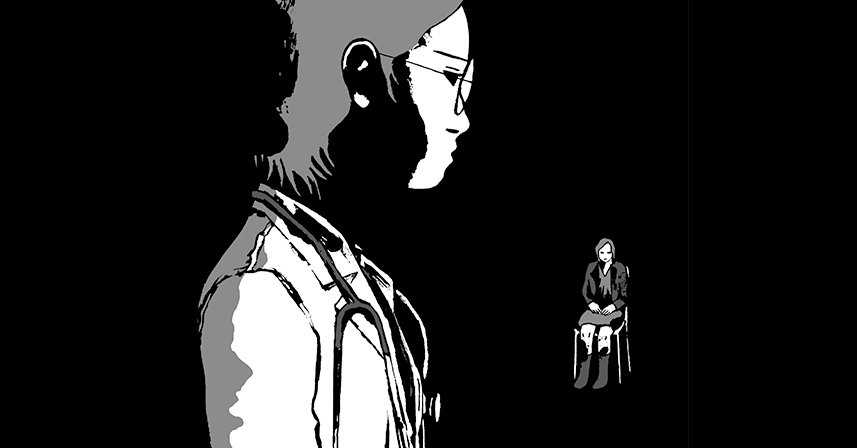 How to Tell a Mother Her Child Is Dead

www.nytimes.com
Do not ever say he was lucky that he did not feel pain.

Dave Boling: Welcome to PeteWorld, the happiest place in the NFL

www.thenewstribune.com
Coach Pete Carroll has shaped the culture, language, mindset and standards of expectations for the Seattle Seahawks. In a conformist league, he seeks new ways to make the Seahawks better at what they do.

Why are our children so bored at school, cannot wait, get easily frustrated and have no real friends? www.huffingtonpost.com
Last November, I wrote for the Huffington Post a tribute to Dr. Sorini: "The Luminosity of Dusk: Portrait of a Healer in Illness." It was an attempt to p...

How to raise a genius: lessons from a 45-year study of super-smart children

www.nature.com
A long-running investigation of exceptional children reveals what it takes to produce the scientists who will lead the twenty-first century. The Many Ways Our Memory Fails Us (Part 1)

www.farnamstreetblog.com
Understanding where memory fails us is a necessary evil that allows us to improve. This article discusses Transience and Absent-Mindedness, two of the seven sins of memory. www.farnamstreetblog.com
One of the most powerful biases that causes us to act contrary to our own interest is the bias toward commitment and consistency. Let's check it out.

www.themuse.com
I know you probably don't want to work on your day off—but these TED Talks are so inspiring you'll even want to watch them while on vacation