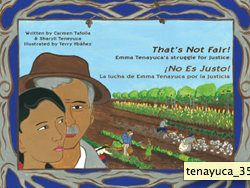 Information About the Book

Topic or theme of the book: It's a story that shows the bravery of a young women during the hardships of pecan shellers.

Dr. Carmen Tafolla is a native of San Antonio's West-Side barrios and an internationally published writer. She has her Bachelors, Masters and Doctoral degrees in Education. Tafolla has taught at universities and has presented her work at schools and colleges across North America and Europe. In 1999, she earned the "Art of Peace" Award, presented by the President's Peace Commission of St. Mary's University. Carmen Tafolla lives in San Antonio, in a 100-year old house with her husband, children, and many pecan trees.

Ms. Sharyll Teneyuca is a graduate of Rice University and New York University School of Law. As a Municipal Court Judge, she created the Community Service Program, providing an alternative to incarceration for citizens unable to pay city fines. She carries out her Aunt Emma's legacy of compassion for human beings and dedication to justice. She lives in San Antonio with her husband and three sons. She is currently at work with co-author Carmen Tafolla on a full biography of Ms. Emma Tenayuca.

www.carmentafolla.com
Dr. Carmen Tafolla is the author of five books of poetry, one volume of non-fiction, seven screenplays, and numerous short stories, articles and children's works.

Ms. Terry Ybanez is a respected artist from her hometown of San Antonio, Texas. She has donated much of her time to creating historical murals honoring significant San Antonio women. She hold degrees in Studio Art and in Bilingual/Bicultural Studies. She lives with her husband in San Antonio where she teaches art in an inner-city high school.

This book has intellectual abilities and problem-solving capabilities.

Emma showed that she was intelligent because she saw the problems that others were having at such a young age. She didn't understand why until she was older and that's when she decided to do something about it. She showed problem-solving capabilities by organizing a strike against the pecan factory when she was only 21 years old. She gave a voice to the voiceless.

Characters should authentically reflect the distinct cultural experiences of a specific cultural group.

This book is based on the true story of one young women's fight for justice. She recognized the hardships and unfairness of the pecan factory workers and fought for better pay. Emma's friend Maria portrays what happened and still happens to immigrant families. The parents follow the work that comes with the different seasons which sets the children behind in school.

Illustrations should complement and enhance the imagery of the story.

CCSS RL.1.7 Use illustrations and details in a story to describe its characters, setting, or events.

The students will identify key details in the story specifically the acts of kindness that Emma does. 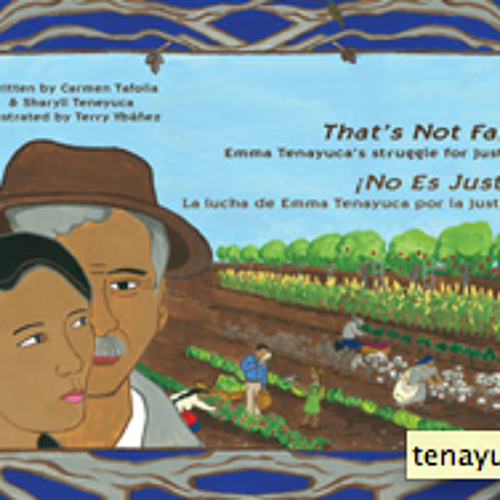 Follow Amber Kriley
Contact Amber Kriley
Embed code is for website/blog and not email. To embed your newsletter in a Mass Notification System, click HERE to see how or reach out to support@smore.com
close