Yvette is using Smore newsletters to spread the word online.

Get email updates from Yvette:

The week before school (Jan 4-8) starts some of us will be passing out flyers and those people are:
1.Holly Latham on Mondays and Wednesday. 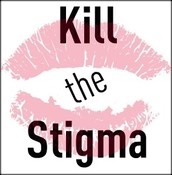 3. Brainstorming ideas.
4.We could also get involved with the Success Coaches since they see a wide range of people. We could see if Ms. Meghan Becker could run something for us.
5.Michelle LeMay will be getting all dates in for potential meetings.
6. Mr.Ted Robles will be gaining access with NAMI On Campus Leadership for Michelle LeMay and Christian Aguilar .
7. Christian Aguilar will be getting our Facebook page up and running.
Meeting is adjourned at 10:40

Yvette is using Smore newsletters to spread the word online.