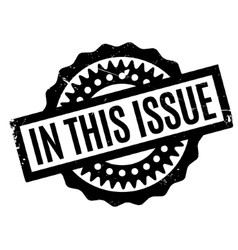 From the PFC President

Some of you may know who Lou Gehrig was. For those who don't, he played for the New York Yankees in the 1920s and 1930s. For 14 years, Gehrig never missed a game, playing eventually in 2,130 straight games. His nickname was "The Iron Horse."

In 1939, Gehrig learned he had amyotrophic lateral sclerosis (ALS), a neurological disease that, over time, affects a person's muscles and breathing ability. Today, it is often called Lou Gehrig's Disease, and it remains incurable.

When he learned about his condition, Gehrig wrote a letter to his wife telling her about his situation. It read in part:

"Seems like our backs are to the wall now. But, there usually comes a way out. Where, and what, I know not. But, who can tell that it might not lead right on to greater things."

But, even in the darkest days of our history, and there have been some dark ones, we have always emerged wiser, stronger, and I like to think, better than before. It will take time, and it will require more patience and sacrifice than any of us has ever had to give. But, there will be a day not far from now when something like bringing out kids to school, to be together, won't be a chore to get done on time in the morning. It will be a victory over fear.

Until then, while we remain socially distant, physically, let's not remain socially distant completely. Talk to one another. Get on Zoom, or some other platform, and see each other. Join the now weekly Friday night 5pm TGIF zoom gathering that our inimitable communications guru, Erin Proudfoot, put together for us to meet up remotely, share tales of sheltering in place, and have a drink or two in the process. The meetup details are on Konstella and the Thornhill Parents Facebook Group. All parents, teachers, and staff are welcome.

Finally...Let's all give a round of thanks to our Thornhill teachers and the work they have put in, and will continue to put in for our kids for the rest of this school year. We may not see them in person, but there are many ways to connect with, and thank them for everything they do.

In the meantime...Stay home, stay together, and stay safe...

If you haven’t already, please take a minute to read this letter from Mr. Daubenspeck on Konstella, which includes some important thoughts and information about how Thornhill staff are approaching the rest of the school year. Teachers are sending out notes and plans individually, but here you can find links to each grade's plans and resources. 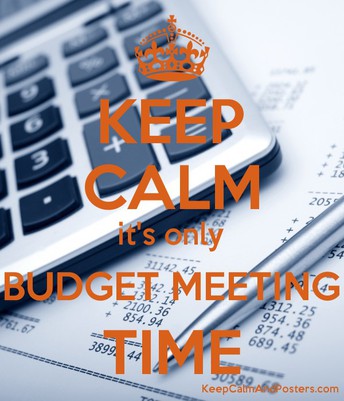 We will be holding our monthly PFC Board meeting via Zoom this Monday, April 13 starting at 5:30pm. We highly encourage ALL parents to attend! We will be primarily discussing our budget for next year. Zoom information can be found on Konstella. 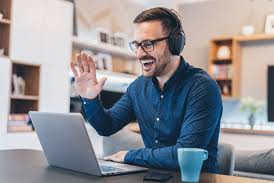 Join us some or all Fridays at 5pm to "chat on the yard" with fellow Thornhill parents, teachers, and staff on Zoom. Keep the Thunderbird connection strong and stay sane during this crazy time. We hope to see you! Here’s the information on Konstella.

This week’s auction update is all about the vino. For those of you who paid for a case of Luli Rosé, it’s on its way! Sara and Jim will be in touch soon with details. Didn’t order a case or just need some reinforcements? We got you covered!

We are selling raffle tickets for 2 chances at a mixed case of wine (12 bottles!) hand selected by our own Master Sommelier Sara Floyd. Each ticket is $75 and gets you into the drawing for a case of delicious wine. (You can buy an unlimited number of raffle tickets, but 1 person/family can't win both cases.)

1 ticket. 2 chances. Average bottle value is $50+ so this is a steal. Raffle tickets are on sale now through April 17. We will do the drawing live, so stay tuned for details. 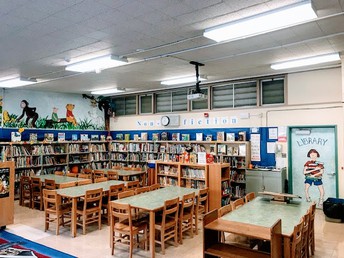 Our wonderful librarian, Marie Fox, is hosting weekly library zoom get-togethers with Thornhill students by grade. Below are the dates/times with links to the Konstella calendar invites with the particular zoom information (all sessions are now password protected). These start this week and go through the last week of school.

Those of us old enough to remember Real World San Francisco may recognize the comic book writer who visited Thornhill on March 3, Judd Winick! Thanks to our librarian, Marie Fox, the author of the popular HiLo series came to campus for a special assembly for second through fifth graders. He has just released book 6 in the series called All the Pieces Fit, and gave a presentation and answered our students' questions. Thanks to local independent bookstore Mrs. Dalloways for donating 17% of book sales from this event back to Thornhill. If you missed out on ordering books that day, or your kid has already breezed through them and you want the next in the series, Mrs. Dalloways is processing online orders. 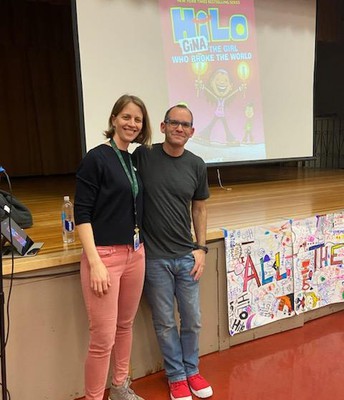 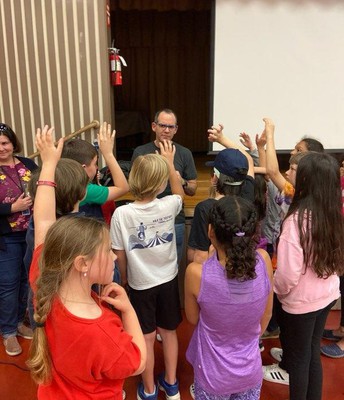 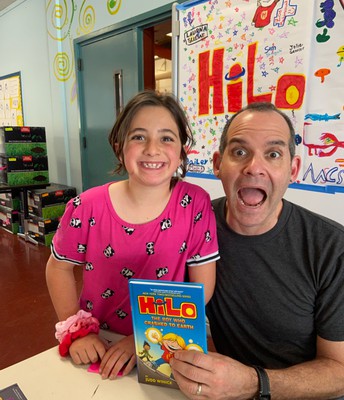 We asked Thornhill families to send photos of your quarantine adventures so far, no explanations needed. To submit photos for future issues, email newsletter@thornhillschool.org. We'll be here. 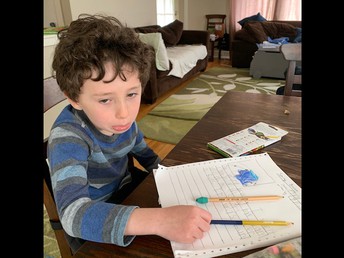 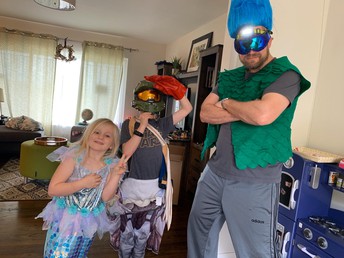 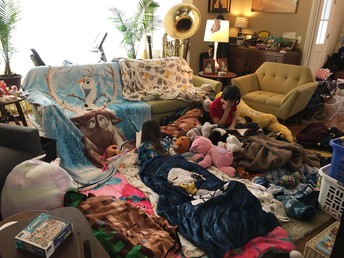 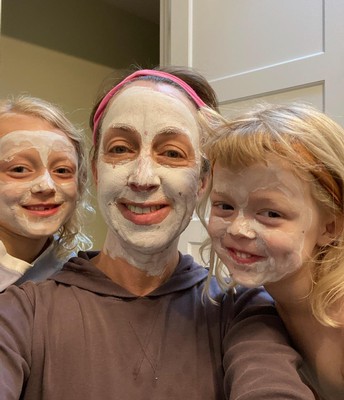 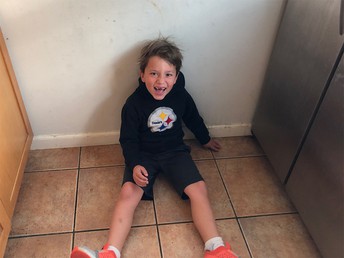 Stuck in a Corner? 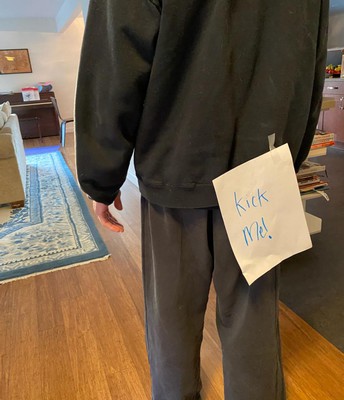 Some Jokes Never Get Old 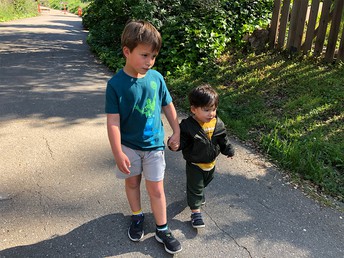 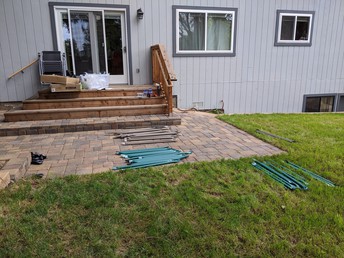 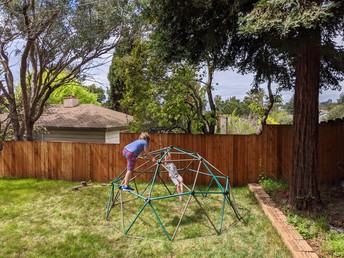 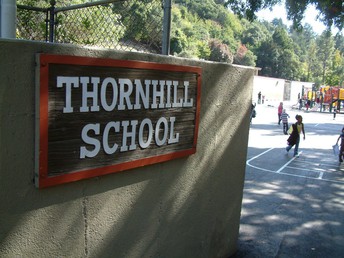 About the Thornhill Newsletter

Email submissions to our Newsletter Chair, Evie Nagy, at newsletter@thornhillschool.org by 8 p.m. Thursday for approval—nothing sent after this will be included in the following week’s newsletter unless there are extremely compelling extenuating circumstances. It’s fine to include text in the body of the email with links and no formatting, and attach photos preferably as 150 x 150, 72 dpi JPG or GIFs only (not embedded in email or Word file). Submissions may be edited for spelling, grammar, brevity and clarity. Advertising and items not related to Thornhill are not accepted, as we need to keep the newsletter focused on need-to-know info for the community.

THANK YOU to everyone who submits articles and to PFC Board Members, Teachers, VP of Communications Erin Proudfoot, PFC President Rex Crum, and Principal Steve Daubenspeck. Member of Oakland Unified School District (OUSD).