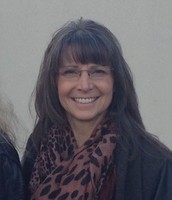 A Personal Note from Judy Trent-Whitnack

As you have been hearing about the wonderful works of the Lord in our region, have you considered getting involved? Have you hesitated because of your lack of specific qualifications or experiences? Or perhaps you have thought it best to wait until God has fully transformed you into His image… until you are perfect and free of all possibilities of making any mistakes?

The reality is that God often calls the most unlikely – you know, fishermen and the uneducated, or even ones who persecuted His people! He even uses unbelievers as He chooses, like Cyrus! GOD chooses to use whomever He pleases and ultimately the quality that He most desires in His servants is that we seek Him with all of our hearts – in which case He has promised to be found.

Perhaps my story, my testimony of adventure with the LORD these past 4 years will encourage you! It all started with a “BUT GOD” moment…

Four years ago I was an online missionary ministering to individuals throughout the world. It’s not that I had any real training other than my personal relationship with the LORD. That seemed enough for Him! No degrees. No resume. Every time there was a hurdle of criteria that I would not have met, He would somehow move it out of the way without any effort on my part. He is sooooooo God!

In December 2011 there was a major glitch in the online system and I lost my 400+ contacts. How could this be? It seemed impossible, given that a former Apple executive created and oversaw the operation! My leader was determined to fix the problem… BUT GOD was clearing my plate. Nothing man tried could “fix” the situation!

January 2012 Luis Palau was the keynote speaker at the MLK celebration. I was specifically led to “attend and volunteer”. I personally didn’t know who Luis Palau was, but he seemed pretty good from the third overflow room at Capital Christian Center! On my way out I was given a volunteer card. Nothing really caught my interest, but I figured I could pray. I signed up and soon received an email with a few prayer points. Something just didn’t feel right… 400+ contacts gone, which equaled 20 hours of volunteer work a week, in exchange for a couple of prayer points? I mentioned it to a friend, who suggested that Annie Fish could probably use some help, given the tragedy in Ted Rose’s family.

I didn’t know who Annie Fish or Ted Rose were. Actually, I had no awareness of what was going on in the region, other than some time spent at the Roseville House of Prayer. BUT GOD seemed to just keep highlighting Annie Fish to me. So I contacted her, thinking I could pray for her… Instead she invited me to a regional meeting of intercessors. I went because I felt like I was supposed to keep following wherever God was leading in this. During the meeting Pastor Francis Anfuso led prayer, and called for volunteers to pray for specific prayer topics. I knew that I was supposed to volunteer… but instead I gave in to insecurity and immediately regretted it! BUT GOD does not allow anything to be wasted in His Kingdom! It was this very experience that would keep me from stumbling as God called me to pray in all sorts of places in the coming days!

Soon after I ended up coming along Annie Fish as a member of her prayer and fasting team, where I was introduced to some amazing women who have become some of my closest of friends. I also volunteered to assist Rick Atchley administratively with the mini-Luis Palau Festivals. Did I know anything about prison ministry? No. I just knew how to type and enjoy the love of Jesus at the same time. While the prison festivals themselves sounded like a great ministry opportunity, evangelism seemed like my weak area spiritually.

Sure I had led people to Christ over the years and even worked the online missions, but I seemed to care more about my comfort zone than the salvation of those I met each day! Ugh. Yeah, I had been praying about this, and God had been breaking through in huge ways in the prior 8 months. Interesting how some things He provides as we go, not while we wait. Thus it was with me. The Lord chose to use me in the prisons. As I stepped onto the Folsom prison yard that first day I experienced the power of God like never before in my life - in the form of evangelism. I was suddenly aware of God’s love and desire for each of the 1200 prisoners on the field, and I wanted to tell them! The Holy Spirit led me to the specific individuals, and it was He who provided the words to say and the loving ears to listen! I couldn’t get enough! It was one of the most amazing times of my life!

This is how I came to be the leader in the formation of SacramentoPRAYS. Literally, the only credential I brought to the table was that God had chosen me.

It has been three years now, and SacramentoPRAYS has grown greatly from her conception, birth and formative years. From the beginning I knew that as a “forerunner” my commission was to start SacramentoPRAYS, lead in some key warfare to break us free, and then step aside so that SacramentoPRAYS could mature as God has ordained.

Actually, it was October 2014 that the Lord let me know that January 1, 2016, was the day I would step out of the way. It was hard to fathom what that would look like, but here we are today. It is January 1, 2016. Today is the day that I am officially stepping out of leadership in SacramentoPRAYS – stepping out of the way so that in my place 10 leaders can stand and be used to grow SacramentoPRAYS and this region according to the desires of our Lord’s heart. In the coming days you will hear more about these 10 special men and women of God.

BUT GOD right now is having me focus on my final word for you. As I go into a three-month honeymoon time with Jesus, I have a question for you: To everything there is a season… what season is God calling you to here in our region? YOU are a regional Kingdom asset. How does He want to use you regionally?

“Therefore, I, the prisoner of the Lord, implore you to walk in a manner worthy of the calling with which you have been called, with all humility and gentleness, with patience, showing tolerance for one another in love, being diligent to preserve the unity of the Spirit in the bond of peace. There is one body and one Spirit, just as also you were called in one hope of your calling; one Lord, one faith, one baptism, one God and Father of all who is over all and through all and in all. But to each one of us grace was given according to the measure of Christ’s gift.” Ephesians 4:1-7.

In the relentless love of Jesus Christ,

To Him be all glory in Sacramento forever and ever, Amen!

Give a Ten Update!

We are praying for at least 1000 of our 3000 person community to participate in these ways:

1. Please click here to donate $10 or more to ACTS Group today. This link is simple and goes through our Leadership website Convergence.World. OR, you can click here to set up monthly giving or give 10x10 ($100) or 10 "cubed" ($1000) on our main online giving platform.

Beginning immediately, we have revised and updated our web presence to better promote and highlight the many prayer ministries and churches that are developing, encouraging and implementing united persistent prayer in the region. Please take a moment to submit your prayer ministry or church so we can highlight your work and the events taking place in the region as we weave together the diverse prayer strands of our Sacramento region.

If you lead a Prayer Ministry in the area and would like to submit a participating ministry form join here!

If you are a pastor and want to join the list of Churches partnering with the ACTS group to promote John 17 unity in the greater Sacramento area click here! 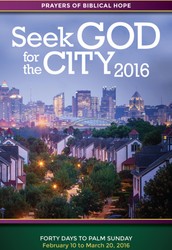 This prayer guide is designed to unite prayer of biblical hope for the people of your community during the 40 days to Palm Sunday, February 10 to March 20, 2016.

This 64-page prayer guide makes it easy for you to pray rich, biblical prayers for spiritual awakening throughout your city.

The MLK Celebration unites people throughout the Sacramento area and invites them to celebrate—and be challenged by— Martin Luther King, Jr.’s vision of racial diversity, reconciliation,and harmony. It has grown annually, with over 2,000 people from more than 100 churches attending.

On January 6th-7th, Real Life Church in Sacramento will be hosting prayer through the night for 12 hours straight from 6:30pm-6:30am.

Click here for more info and come be renewed by the presence of the Almighty God!

Wherever you are, you can get involved in our regional prayer call! At home? On the road (hands-free, of course!)? Taking a quick break at work? All you need is a phone to join this exciting prayer time for our region, the leaders, the pastors, the churches, the market place, the families, and the people. Each week is unique as we seek the desires and direction of God’s heart.

Every Wednesday Morning, 8am - 9am

SacramentoPRAYS needs financial partners to remain sustainable and to grow across our region. Our "Give" tab linked is through the ACTS Group. Simply click on the Give tab and choose “SacramentoPRAYS” under “category”.