A Comparison Of Home Security Alarms 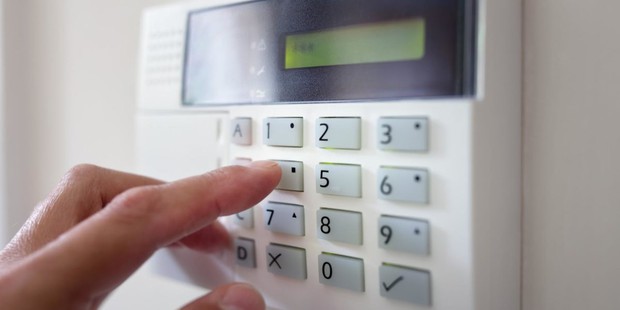 Burglar alarms were usually associated with stores or other businesses in the past, but over the past few years, more and more people chose to protect their homes with alarms as well. Although they use the same concepts and designs, these are usually referred to as home security alarms and almost all modern home security systems will include an alarm as one of its components.

When you'll go out to buy a home security alarm, you'll be hit with a lot of questions such as "Should I get a wireless or a hardwired alarm?" "How much money should I spend on the alarm?" or "What type of alarm is best suited for me?". Let's answer these questions by comparing each of your choices and hopefully, at the end of the article, you'll have a clear idea on what you want and/or need from a home security alarm.

So, wireless or hardwired?

Comparing a wireless and a hardwired home security alarm in terms of performance and reliability is virtually useless, since both technologies have reached a peak and are consistently equal in this sense in all comparisons. Obviously, we're comparing equal quality home security alarms here, not a do-it-yourself hardwired alarm to a state of the art wireless one. So what else is there to compare then?

Ok, so what about the price?

Regardless if you've opted for a wireless or hardwired home security alarm system, the price range will be huge as you will face a large spectrum of qualities for both technologies. With 20 bucks, you could go out and buy a do-it-yourself home security alarm, but then again you won't really have the right to complain when a burglar cleans your house and your alarm doesn't shed out a beep. On the other hand, if you're a security freak (or if you're living in a neighborhood crawling with burglars) you can buy a high-end, whole-house security alarm for around 1,000 dollars (including professional installation costs). The choice is really up to you, but seeing how the alarm is a key component in any home security system, you should try to spend more here instead of on less practical components such as motion detectors and the likes.

What type of home security alarm do I get then?

As stated earlier, there are basically three types of home security alarms: do-it-yourself (DIY) alarms, mid-level alarms and high-end ones. DIYs are by far the cheapest of the three, but the least reliable as well. They have a high breakdown chance and there's a chance they won't go off, but well, that's your $20 right there. Still, a DIY alarm is still an alarm and it might scare off a burglar that tries to break into your home although it won't alarm the police.

Mid-level home security alarms are professional models that are not necessarily monitored by the police, but they are a lot more reliable than DIYs.

Last but not least, high end home security alarms use a monitoring technology that automatically alerts the police through a local alarm-receiving center. This is the most effective type of security alarm available today and it has the benefit that you might actually catch the burglar instead of simply scaring him off, sometimes scaring him off while he already had the chance to loot something to his sack.

Follow Paige Turner
Contact Paige Turner
Embed code is for website/blog and not email. To embed your newsletter in a Mass Notification System, click HERE to see how or reach out to support@smore.com
close