Get email updates from william: 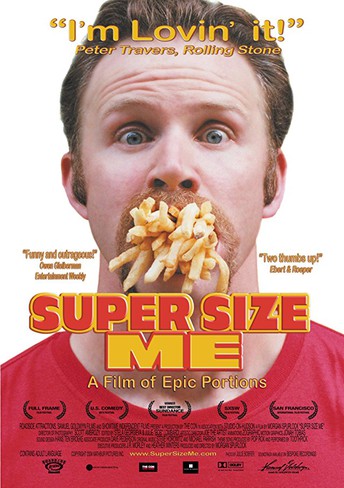 The documentary "Super Size Me" shows what could happen to a person who eats fast food on a daily basis and its outcome of it.

Purpose of the Film

Weight gain is one of the effects of fast food. Morgan Spurlock ate McDonald's for 30 days and 3 meals a day. He gained 24 lbs in just 30 days in the documentary. 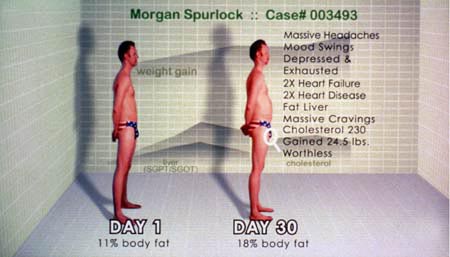 All thought McDonald's is good, its not the best choice. It's unhealthy since it doesn't give you the nutrients you need in your body. McDonald's is a fast food restaurant and will make you gain weight and will eventually cause you to have health problems.

Eating fast food on a daily basis can be like a drug. It can turn to be addicting to the point where you cant stop eating it. Morgan Spurlock admits that after a period of time in the film, he was addicted to eating McDonald's more than once a day. In which resulted a bad thing for his health. 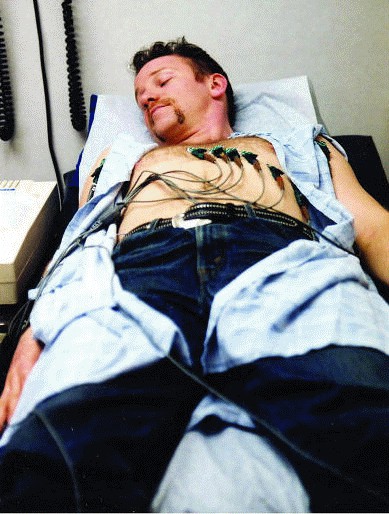 As a conclusion, the documentary "Super Size Me" by Morgan Spurlock, it proves that McDonald's and other fast food restaurants are not healthy, are addicting, and causes health issues. This proves that people who eat fast food and a daily basis are not aware of what they are eating until they have a health issue.

Follow william alcaraz
Contact william alcaraz
Embed code is for website/blog and not email. To embed your newsletter in a Mass Notification System, click HERE to see how or reach out to support@smore.com
close