Martha-Irene is using Smore newsletters to spread the word online.

Get email updates from Martha-Irene:

Words From Our Principal

It is hard to believe, but we are finishing our fall semester in a few days. Our students have worked very hard this semester and they’ve had great success. Now, it is time to rest and enjoy the time with our loved ones. I hope everyone enjoys their winter break, whether they go on vacation or stay in town. I wish for you and your families to have a safe, relaxing break, and the best for next year. See you in 2017!!!

Thank you Crusaders for a successful fall sports season! On Saturday, December 3rd we had a competitive day of championship games, two divisions for each sport, where each team was awarded a championship banner. 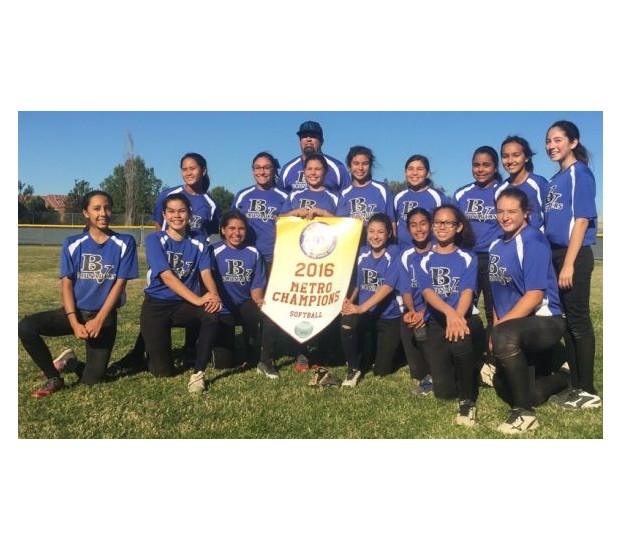 Our school district hosted a Solar Car Competition on Saturday Nov. 19th at Montgomery Middle School at 9am. Our students worked in teams to build the best possible solar cars over a period of four Saturdays. A car race was the culmination of the students’ work. At the competition, students raced their solar powered inventions against other teams for the fastest, best engineering, and most creative car titles! We want to congratulate all of the hard work of the students below and for their first place trophy for best engineering! Keep up the amazing work Crusaders!

On December 2nd and December 9th, all of the instrumental music classes performed in our annual Winter Assembly Concert. There were multiple stages set up, making for a very full program. Everyone enjoyed hearing the bands, mariachi and guitar classes perform some holiday classics and other festive songs. 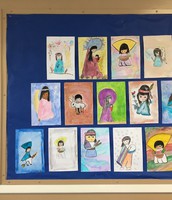 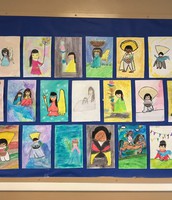 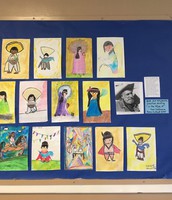 Electronic cigarettes, seen by many as a healthy alternative to tobacco smoking, do cause damage to the lungs, scientists from the University of Athens, Greece, explained at the European Respiratory Society's Annual Congress 2012, Vienna, on Sunday. Electronic cigarettes, also called e-cigarettes have also been marketed as effective smoking cessation devices.

Professor Christina Gratziou and team set out to determine what the short-term effects of smoking with e-cigarettes might be on different individuals, including those with no known health problems, as well as existing smokers with and without lung conditions.

They carried out experiments on 32 volunteers; of whom 8 were lifetime non-smokers and 24 were current regular smokers. Some of them had healthy lungs, while others lived with asthma or COPD (chronic obstructive pulmonary disease).

They were asked to use an electronic cigarette for 10 minutes, inhaling the vapors into their lungs. A spirometry test, as well as some others diagnostic procedures were used to measure their airway resistance. Airway resistance is used in respiratory physiology to measure the resistance of the respiratory tract to airflow coming in during inspiration (inhalation) and going out during expiration (exhalation).

They found that using an e-cigarette caused an instant increase in airway resistance that lasted for 10 minutes in the majority of the participants. Below are some of their findings:

· Non-smokers - even among lifetimes non-smokers, using an e-cigarette for ten minutes raised their airway resistance to 206% from 182% (mean average); the researchers described this as a "significant increase".

· Current regular smokers - among existing regular smokers, the spirometry tests revealed a significant rise in airway resistance to 220%, from 176% after using one e-cigarette for ten minutes.

· COPD and Asthma patients experienced no significant increase in airway resistance from using one e-cigarette for ten minutes.

"We do not yet know whether unapproved nicotine delivery products, such as e-cigarettes, are safer than normal cigarettes, despite marketing claims that they are less harmful. This research helps us to understand how these products could be potentially harmful.

"We found an immediate rise in airway resistance in our group of participants, which suggests e-cigarettes can cause immediate harm after smoking the device. More research is needed to understand whether this harm also has lasting effects in the long-term [...] The ERS recommends following effective smoking cessation treatment guidelines based on clinical evidence which do not advocate the use of such products."

What are electronic cigarettes (e-cigarettes)?

Electronic cigarettes, also known as vaporizer cigarettes and e-cigarettes, are devices that people use, often instead of tobacco cigarettes, that release doses of water vapor that may or may not include nicotine. E-cigarettes are powered by a small battery.

Manufacturers, distributors and marketers of electronic cigarettes say that they are an effective and healthier alternative to tobacco smoking, because the user does not inhale harmful tobacco smoke, which contains over 4,000 toxic chemicals.

Regular e-cigarette users say that the device offers them a similar sensation to tobacco-cigarette smoking. However, as there is no combustion involved - there is no smoke.

Electronic cigarettes are long tube-like devices that either look like tobacco cigarettes or biros (ballpoint pens). Most of them have replaceable cartridges; some are throwaway ones.

The user places the device between his lips and sucks in, this action activates a heating element that immediately vaporizes a liquid solution. The vapor is inhaled. Learning how to use an e-cigarettes, especially for a regular tobacco-smoker, is straightforward because the action is virtually identical to what is done when you smoke a tobacco cigarette.

A typical electronic cigarette has the following components:

· The mouthpiece - the replaceable cartridge is placed here. The user sucks or inhales from the mouthpiece.

· The atomizer - a heating element which vaporizes the liquid solution. The vapors are inhaled. In most devices, the atomizer needs to be replaced every three to six months.

· The battery - this is usually a rechargeable lithium-ion rechargeable battery. The battery is the power-source for the heating element. There is also some electronic circuitry in the device, such as the airflow sensor, a timed cutoff switch to prevent overheating, and a colored LED (light emitting diode) to indicate the device has been activated.

Electronic cigarettes are becoming increasingly popular, especially in Western Europe. It is estimated that many tens of millions of people worldwide are regular users. 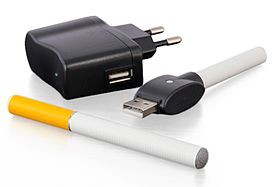 Happy Holidays! It’s the end of the semester and the year is passing by quickly. First semester is completed, and there will be minor changes in student schedules due to teachers having different assignments 2nd semester. Please do NOT come to the counseling office to ask for changes unless you have double classes, periods, missing periods, or the wrong class. There will be no changes in electives as we explained to you last year to be careful on selecting your class because you will have it the whole year.

Those of you that are interested in CJSF (California Junior Scholastic Federation), be sure to listen to announcements of when you will need to apply for CJSF. Remember, CJSF requires dues that need to be paid in addition to completing and turning in the registration form. Additionally, 10 hours of community service is required (within the 4 semesters of middle school) to meet the criteria to qualify for CJSF. Ms. Walker will have the English teachers pass out forms to those students who qualified for 1st semester of this school year.

Be sure to complete all assignments and study for quizzes and tests to not jeopardize the opportunity to participate in promotion. The semester will fly by and if you want to stay on track for promotion you have to keep up with the work. If you attend AEC, you have to be sure you complete and turn in all assignments. Attending and not completing the work does not help with your grade. Be sure to take advantage of the classes that have RETEACH. It’s an opportunity to improve your test scores which help you learn the lessons and be able to stay on track for promotion.

This winter break will be a time to refresh and prepare for the remainder of the year. 7th graders, you now understand what is expected of middle school and be sure to give 100% effort all that you do. 8th graders, one more semester until high school so buckle down and start giving more effort so that the transition to high school will be easier. Have a safe vacation, and be ready to work when you return January 10, 2017.

Ever wonder how someone makes an app, programs a video game, or designs a website? Its done by writing computer code! Coding is part of a broader field called computer science and it is responsible for making the technology we use every day work. Sound complicated? Anyone one can do it! It is an exciting field of study with a lot of potential. There are currently 604,689 open computing jobs in the U.S., however only 38, 174 computer science graduates entered the work force. The Bureau of Labor predicts that by 2022 there will be over 1 million computing job openings in every industry (code.org). But more importantly it teaches you valuable skills that can be used in any field. Steve Jobs said, “I think everybody in this country should learn how to program a computer because it teaches you how to think.” December 5th-11th was computer science week, but it’s not too late to learn more. Visit code.org for more information and activities to get you coding today and building apps tomorrow! 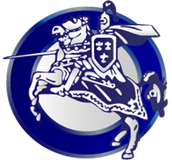 Martha-Irene is using Smore newsletters to spread the word online.