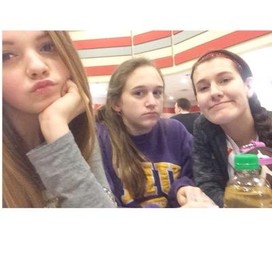 What, Where, and How. A break down.

What, Where, and How. A break down.

Q: What are Halogens?

A: The halogens are the five chemical elements that make up Group 17 on the periodic table.

Q: Where are they?

A: The halogens are all chemically active. For that reason, none occur naturally in the form of elements. However—with the exception of astatine—they are very widespread and abundant in chemical compounds.

Q; What are they used for?

Fluorine- Fluorine is one of the most dangerous chemicals known. It attacks the skin and throat, causing serious burns and respiratory problems at very low concentrations. It is also very reactive chemically. It attacks most chemicals vigorously at room temperature and reacts explosively with water.

Chlorine- Some of chlorine's uses depend on its toxic effects. For example, chlorine is now widely used as a disinfectant in municipal water systems, swimming pools, and sewage treatment plants. Many organic (carbon-containing) compounds of chlorine are used as pesticides, herbicides, and fungicides. These compounds kill unwanted insects, weeds, fungi, and other plants and animals.

Bromine- Like chlorine, bromine can be used as a disinfectant. In fact, some water treatment systems have converted from chlorination to bromination as a way of purifying water.

Iodine: Iodine is used commercially in a variety of products including dyes, specialized soaps, lubricants, photographic film, medicines, and pharmaceuticals.

Astatine: Generally regarded as one of the rarest naturally occurring elements. According to some estimates, no more than 44 milligrams of the element are to be found in Earth's crust. is very short lived. Half of a sample of the element disappears in 8.3 hours. Because it is so rare and has such a short half-life, astatine is not commercially used.