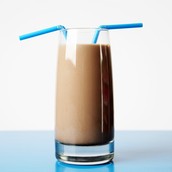 This shows how Raymond loves black people more then white. Even though he is white (milk) he likes the black people more and could care less what you think about him. He also believes that black people and white people are the same and there is no difference and that how everyone should be mixed and enjoy it. "He likes 'em better'n he likes us"(Harper Lee page 161).

1. He is different, from all the other white people in the book because he loves the black people. "why's he sittin' with the colored folks"(Harper Lee page 160). he doesn't care to be judged for what he likes and likes to be different even if other people don't except it.

2. He is smart to notice how black people in the community are getting treated and also how to explain to people why it's bad and why we shouldn't be acting this way because there not different from anyone. "Let him get a little older and he won't get sick and cry. Maybe things'll strike him as being-not quite right"(Harper Lee pg201). This is explaining that it's hard to understand why people are doing this at a young age but when he gets older it will make since and not to follow those people

He is the color blue which it symbolizes trust, loyalty, wisdom, confidence, intelligence, faith, truth and heaven. He has wisdom because unlike any other white people he knows how hard the black people are getting. Also how their getting treated unfairly, and nobody liking them just because the color of their skin. "But why has he entrusted us with deepest secret"(Harper Lee pg201) this also explains his trust and how he is able to trust Scout and Dill.

Dolphus is in the trial of Tom Robison, he had a big part in the story explaining himself and teaching Scout and them a great life lessen of not to be judged for who you want to be and to not dislike the black people just because white people tell you to. "But you see they could never, never understand that I live like I do because that's the way I want to live"(Harper Lee pg200).

All About Me Poem

No siblings where mentioned in the book

Lover of coke, and his wife

Fears his on truth

Who needs help and understanding

Who's gives advice that is good