Gladiators and Hollywood: A Guide

Explore the life of real gladiators in Ancient Rome!

Gladiators and Hollywood: A Guide

Explore the life of real gladiators in Ancient Rome!

Gladiator: The Movie - Characters and What To Know About Them 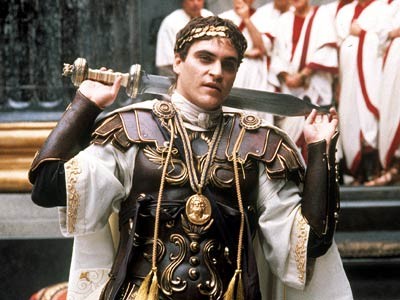 In the movie, Gladiator, the viewer meets a character named Commodus, the Emperor of Rome and a young man who is mad with power. He is reckless, unstable, and angry. The truth of the matter is, Gladiator didn't portray Commodus as accurately as possible. Commodus was a real Emperor, and he was even more temperamental than in the movie.

According to the Smithsonian, Commodus was more unstable than the movie shows. He would kill the richest people in Rome for no apparent reason, was obsessed with the Gladiator games, and ruled little except for when it came to the games. He convicted two wealthy brothers of a crime that resulted in their execution, just so he could have their villa. He even built his own mini-Coliseum to practice his fighting skills in private. In the movie, he is not show as this mad, but still pretty crazy. His death in the movie is in the arena, fighting Maximus to the death, but Maximus ends up killing him. In real life, Commodus was murdered in the villa he acquired from the two wealthy brothers, in the baths after being poisoned.

Overall, Commodus is accurately portrayed, but maybe not to the full extent of what he could have been. 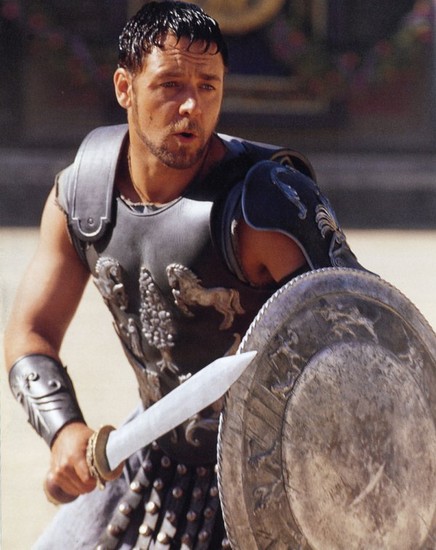 Gladiators were rough, tough men who fought to the death in the Coliseum, and in the movie Gladiator, Maximus was the greatest fighter of all. He slayed many, and fought for his life many times. But, was Maximus a real person? According to many sources, no, there was no one real person who was Maximus. Maximus was more of a blend of fiction and history. According to Wikipedia, he may have represented someone like Claudius Pompeianus, a Syrian who married Lucilla and had a similar career to Maximus.

Why would a man who didn't really exist be in the film, though? Maximus was made to be the hero of the story, as every story like this one needs a hero. He was a combination of what many gladiators were like, and became the stereotypical gladiator in return. The movie was loosely based on history, and even though he may have not been a real person, he was an interesting character and was historically similar to some of the real people in Ancient Rome.

The Real People of Ancient Rome: Who Were They?

If you want to know more about what the real people of Anicent Rome were like, you will love the next section of this guide. In this section, you will be introduced to characters who were really alive at one point! While the movie Gladiator might not be 100% accurate to history, there were characters, such as the Emperor you learned about earlier, that actually existed. 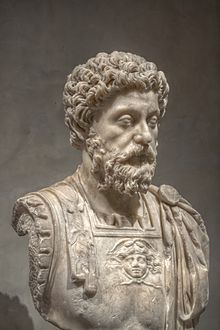 Marcus Aurelius was a real Emperor of Rome, sometimes known as one of the best rulers of the ancient empire. He ruled from 161 AD to 180 AD, and eventually died from a plague. In the movie, Marcus Aurelius is killed by his son, Commodus-- that is simply untrue. Also, in the movie, Aurelius tells Maximus that he expanded the Roman Empire, but in real life, Rome did not expand under his rule.

Overall, Marcus Aurelius was portrayed quite accurately in the movie. He was shown as a calm, generous ruler who was seen as one of the greatest Emperors in Roman history. In real life, this was also true of Aurelius. He is often seen as the last great ruler of Rome, before Rome turned to chaos. In the movie Gladiator, this is also true. 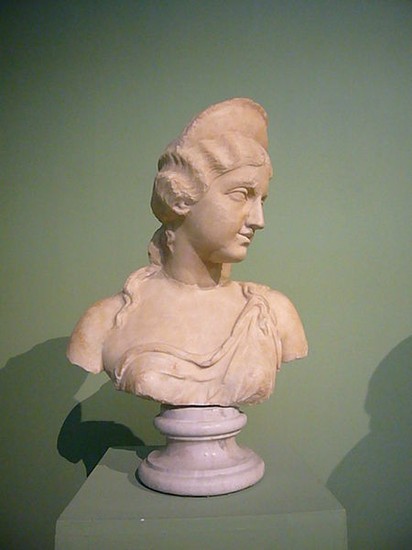 In the movie, Lucilla is seen as a great beauty who plots with Maximus, manipulates her brother (Commodus), and eventually loses both of them. In ancient Rome, there was a woman named Lucilla who was Commodus' sister, who actually did plot to overthrow him. She was angry that she was not Empress anymore, and wanted her position back. Lucilla hired men to assassinate Commodus, but the man was killed before he could kill the Emperor.

When Commodus learned that Lucilla was behind the assassination attempt, he banished her to Capri, and killed her a year later. This is not shown in the movie Gladiator. In the movie, she has a son, who was true to life, but most everything else about Lucilla was simply fiction-- made up to make the plot of the movie more dramatic. All in all, the outline of Lucilla was true, but the details were all wrong.

Commodus was a man who was obsessed with Gladiators, like the ones shown above, and in the movie, you begin to see his madness. If you thought he was mad in the movie, you would not want to meet the real Commodus, for he was even more unstable than the movie shows. In reality, he did not kill his father, but he did kill many high born Romans, including Senators and people in his own family. On one occasion, Commodus saw a villa he loved, and killed the two brothers living in it to make it his own. He then built his very own mini-Coliseum, to practice his gladiator skills. Commodus played tricks on people who came to his villa, putting feces in their food and other pranks that weren't too funny to the average person. Commodus slept with his three sisters, pretended to be a gladiator, and killed men for fun. Eventually, he even stepped into the real Coliseum for himself.

When Commodus eventually showed off his gladiator fighting skills to the public, he made sure he would win. He would injure the man he was battling before the fight, like the movie version of Commodus did to Maximus, and then fight him. Commodus always won his battles.

In the movie, it is shown that Commodus dies in the arena, fighting Maximus. In reality, Commodus died in his bathroom, poisoned and then stabbed. He had made a list of people to kill, and when the people on the list found out, they plotted to kill him. They poisoned his food, but when he started throwing up, they wondered if he really would be killed by the poison. In an effort to make sure he died, they sent in his gladiator trainer, to kill him while he was in the bathroom. It was not a brave death for Commodus, as the one shown in the movie.

Overall, I would say Commodus was underplayed in the movie, until the end where he is killed. He was even more mad in real life, and did not die honorably as in the movie. 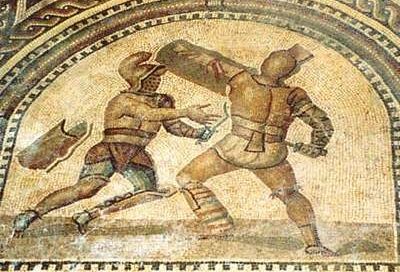 History or Hollywood: The Historical Accuracy

If you compared the real history of Gladiators and the movie Gladiator, you would see that there are some distinct similarities and differences. Some of the basics of the movie are similar, such as using the story of Commodus, but much of it is fiction. Maximus never existed in real life, the gladiator games were not as they showed in the movie, and Commodus was even MORE mad than the movie shows! All in all, it wasn't too accurate, though it was a great film.

Some of the things that made it less-than-historical were the fighting styles, the main characters, and the deaths. As stated before, Commodus did not die in the arena fighting a man named Maximus. In fact, he died in the bath, murdered by his own trainer. In reality, Maximus wasn't a real man, instead, Maximus was based on many men that lived in Rome. There were Roman army generals he may have been based on, but none of them were sold to slavery and forced to fight.

Gladiator combat was also different in real life compared to the movie. In the movie, it as seen as a free for all, with animals and people alike killing as many men as they could put their weapon into. In reality, the battles were one against one, with seven different categories of fighters. Some fought with tridents and nets, others fought with swords and shields-- but it was always one against one, never a free for all.

Also, in the film, nobody seems to bat an eye when Commodus arrives in the arena, but in reality, he was breaking every taboo by entering the Coliseum to fight. When he began fighting in the arena, people began to see him for his madness, instead of just him loving the games. Yet, in the film, no one seems to care that Commodus wants to fight for himself.

All in all, the movie had some of the basics right, but much of it was all for show. It made for a great movie, but it was not very historical. There were little nuggets of truth mixed in with all the fiction, which makes it fun to watch, but in the end, Hollywood took over this movie.