Who is JP Morgan?

JP Morgan was an financier, art collector, philanthropist and one of the most powerful bankers in his era. Born on April 17 1837, in a distinguished New England family in Hartford, Connecticut. Morgan became one of the most famous financiers in business history. Morgan began his own private banking company in 1871 named J.P. Morgan & CO. His company became one of the leading financial firms in the country. 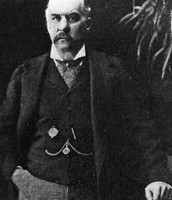 What Did He Do?

Morgan financed railroads and helped organize U.S Steel, General Electric and other major corporations. JP Morgan is classified today as a robber baron, an industrialists who grew wealthy unethically. Morgan's career and company became very powerful and wealthy, therefore he was criticized for creating monopolies by making it difficult for any business to compete against his. He also was accused of manipulating the nation's financial system for his own gain. JP Morgan concolidated important parts of the U.S economy and became very rich.
JP Morgan │ History Documentary │