Kay is using Smore newsletters to spread the word online.

Get email updates from Kay:

The Great Depression occurred throughout 1929 to 1939 beginning when the stock market crashed in October 1929 . This caused Wall street, the collective name for the financial and investment community to go into a panic and get rid of millions of investors. Consumer spending came to an all time low causing companies to fire their workers and the unemployment rate's going up. Nearly thirteen to fifteen million Americans were unemployed and half of the countries banks were unsuccessful by 1933. Soon after, the economy would begin to recover due to President Franklin D. Roosevelt helping the effects of the Great depression with his reform measures and restoring America to its previous stage.

In the 1930s the Dust Bowl was located in the great plains region and was 150,000 square miles. A drought occurred due to the destructive combination of high winds, little rainfall, and light soil. When the soil was not able to use the grass as an anchor and avoid from being picked up by the end the it was often picked up loosely due to the farmers around the area. The storm of dust and dirt choked the animals and for about 60% of the population from the region. This area was in renovation and purchase by the government yet farmers did not learn from their mistake and in the 1950s a drought endangered the area. Due to the recurring droughts congress subsidized farmers who restored the millions of acres of wheat.

The great depression caused a rapid rise in the crime rate among other downfalls. Many unemployed citizens stole food, money, and supplies to provide for themselves and their families. Many resorted to suicide or prostitution whereas many males stayed in school, hoping their education would get them a better job. The schools they were attending had little money and soon many were forced to open understaffed or close. Marriage, divorce rates, birth rates and marriage sales slow slower. Many marriages were delayed when the spouses saved up to provide for their family and the divorce rates dropped when the men just ran away from their family. The birth rates were lower due to more education about birth control and the people's refusal of babies to add to their expense. As mass migration in the 1930s continued over 600,000 people were caught hitchhiking rides on trains most of which were adolescents seeking new opportunities.

John Steinbeck was a famous American author. He was born in Salinas, California on February 27, 1902 and was of German, English, and Irish descent. Olive Hamilton his mother, was a former school teacher whereas Ernst steinbeck, had multiple jobs. John grew up with three sisters and became self proclaimed author at the age of fourteen. He dropped out of Stanford after enrolling in 1919 and worked as a manual laborer afterwards. Following his writing career John became famous and ended up winning awards for multiple books he wrote. He served as a war correspondent during World War II and afterwards, was awarded the Nobel Prize for Literature in 1962. He died in New York City on December 20, 1968 of heart disease.

John Steinbeck wrote six nonfiction books, sixteen novels, and five short story collections. His most famous works include Tortilla Flat (1935), and the novellas Of Mice and Men (1937) The Red Pony (1937), East of Eden (1952), as well as The Grapes of Wrath (1939). His books typically dealt with social and economic issues of his time.The Grapes of Wrath showed the problems of migrant workers during the Great Depression and was considered Steinbeck's masterpiece. It won a Pulitzer Prize and a National Book Award and within the first 75 year of publishing sold 14 million copies. Steinbeck's books are set in southern California and central California, where he considered multiple themes, include fate and injustice. 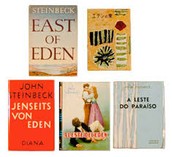 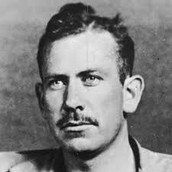 The American Dream is viewed upon differently for everyone. Wikipedia defines it as the set of principles and values in which freedom comprises of opportunity for success and the upward social mobility for Americans who work hard in a society with few obstacles. However, the definition of the american dream to James Truslow Adams in 1931 was "life should be better and richer and fuller for everyone, with opportunity for each according to ability or achievement". The American Dream itself is based on the belief that all men are created equal with the right to life, liberty and the pursuit of happiness. The meaning has changed multiple time throughout history; from obtaining paradise, to having one's children live a prosperous life.

The american dream originated in regards to the frontier life but has changed greatly since then. In 1774 the Royal Governor of Virginia stated that Americans "forever imagine the Lands further off are still better than those upon which they are already settled". He added that, "if they attained Paradise, they would move on if they heard of a better place farther west." Currently it implies an opportunity for Americans to work hard and achieve wealth and or happiness, providing for their self and others without the restriction of their class, religion, race, or ethnicity. To many citizens in 1849 the discovery of gold in California brought in money and wealth which meant to some the american dream as the California dream. According to this day and age there is so set definition of the american dream, rather it is individualized and everybody had their own way to represent it. 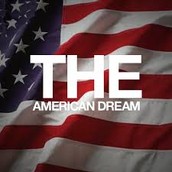 Kay is using Smore newsletters to spread the word online.