Belinda is using Smore newsletters to spread the word online.

Get email updates from Belinda:

Together We Will Learn, Excel, and Succeed

Together We Will Learn, Excel, and Succeed 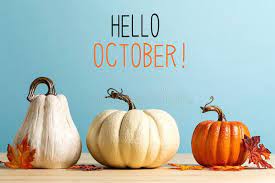 Fall is a wonderful time of year. A time to recognize the change of seasons, a time to bask in the warmth of the sun, but still able to enjoy a little chill in the air. Fall is a time to enjoy the colorful leaves, sports and all the festivities that greet us in October! Read below to learn more about the great happenings at Lewistown this month!

“It’s the first day of autumn! A time of hot chocolatey mornings, and toasty marshmallow evenings, and, best of all, leaping into leaves!” — Winnie the Pooh 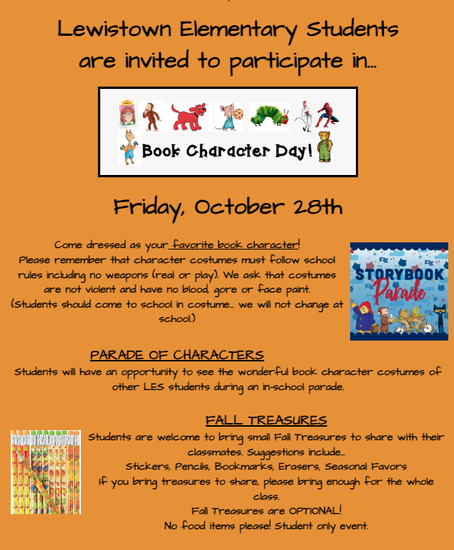 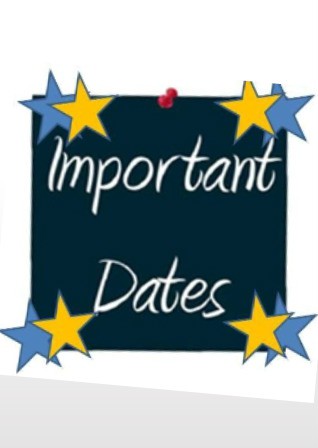 You will find updated information throughout the year on our website: Lewistown Elementary School 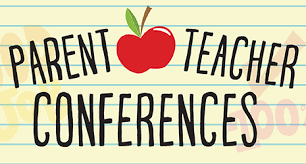 Please sign up today for your child's conference: https://www.signupgenius.com/index.cfm?go=c.SignUpSearch&eid=0AC3CBDEFFC4FF67&cs=09B2BADC8FBF8B107B7964035BB09BC9&sortby=l.title

Would you like to be a part of our Lewistown Team?

We have a few job openings at Lewistown: 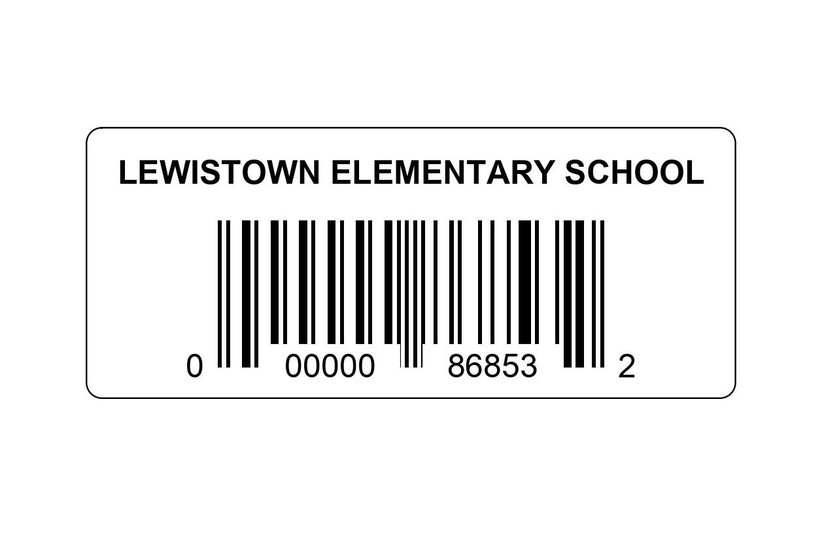 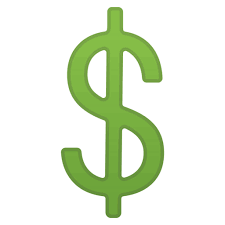 Earn Money for our school just by shopping at WEIS!

Scan your school’s unique barcode (school’s code) during your next shopping trip to register your Weis Club card to your schools… accumulating points which convert to cash for each eligible* purchase. Codes only need to be scanned on the first shopping trip and Weis Club. Cards can only be registered to one school. If you scan multiple codes, the code last scanned will be the schools of records.

To find your school’s code, simply ask at any register or check the costumer service desk. Your school will also have a copy of this code. Our barcode is above.

Each time you shop at Weis Markets using your Weis Club Card, you’ll earn points for your school. The points you earn will help your school grow their share of $500,000. Weis Markets will calculate each program period based on total eligible* purchases and automatically credit your school with cash earned. 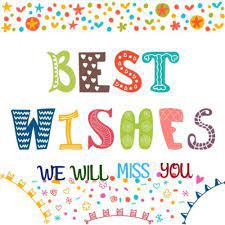 We'd like to wish a heartfelt goodbye to Mrs. Little, our front office secretary. Mrs. Little has served Lewistown Elementary School for 18 years and went to school here herself! We are excited for her new adventure, but will miss her greatly. Mrs. Little's last day will be Friday, October 14th. Let's show her a loving Lewistown send off!

We'd also like to express a heartfelt good-bye to Mrs. Laramore, Mrs. Clayton and Mrs. McNamara from pre-kindergarten. We will miss you!

Sign up here! Come in your costumes, decorate your car and enjoy fall games with our Lewistown Elementary School community! 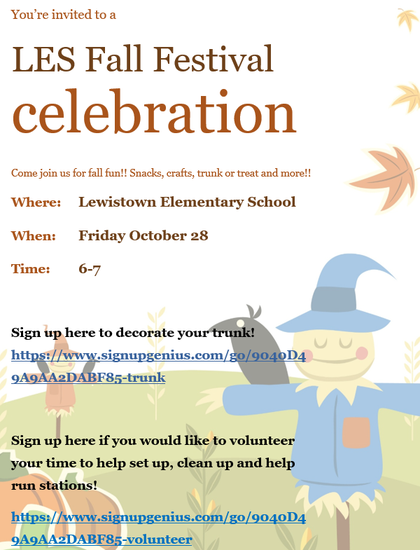 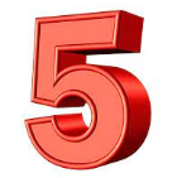 The 5 Big Ideas for teaching children how to read are:

Phonemic Awareness is the ability to notice, think about, and work with the individual sounds in spoken words. Before children learn to read print, they need to become aware of how the sounds in words work. Phonemes are the smallest parts of sound in a spoken word that make a difference in the word’s meaning. For example, changing the first phoneme in the word hat from /h/ to /p/ changes the word from hat to pat, and so changes the meaning.

Children can show us that they have phonemic awareness in several ways, including:

• recognizing which words in a set of words begin with the same sound (“Bell, bike, and

The chart below outlines some ways to practice phonemic awareness with your child. Have fun with language! 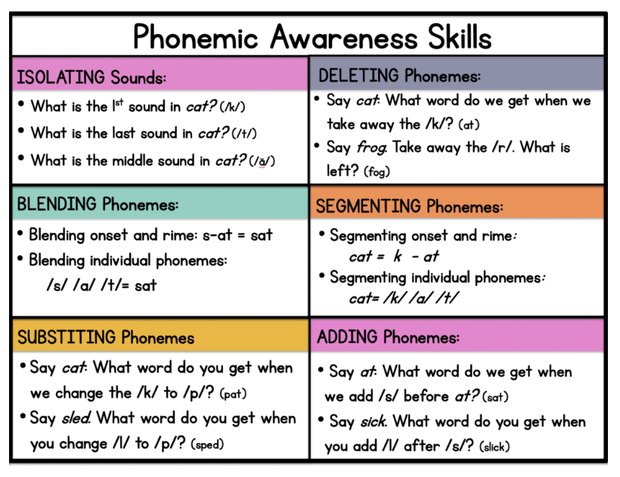 The Salvation Army is offering Christmas assistance again this year. The angel tree application can be done either online at www.SAAngelTree.org or to make an in person call (301-662-2311), extension 102. Starting as soon as October 1st through October 31st. For more information, English flier Spanish flier

Join the 2nd annual Children’s Business Fair. Will be Saturday November 5th from 12-3pm. This year they will be hosting up to 100 businesses! This event is being offered to any child ages 6-17 years old who lives in or outside Frederick County or up to 12th grade for FCPS students. Participation is free and the children get to keep 100% of their sales. The Acton Children's Business Fair, Frederick, MD and Global STEM +AR Outreach Foundation, Inc believe this is an excellent opportunity for students to experience entrepreneurship, apply math skills, and learn people skills. Use the link below to check out the flier and where to sign up. Children's Business Fair Link

Free Range Kids and Teens enables young artists, creative thinkers, and leaders to find and elevate their unique voices and skills through the performing arts. Schedules and registration at freerangeworld.com. Click this link for more information, Elementary 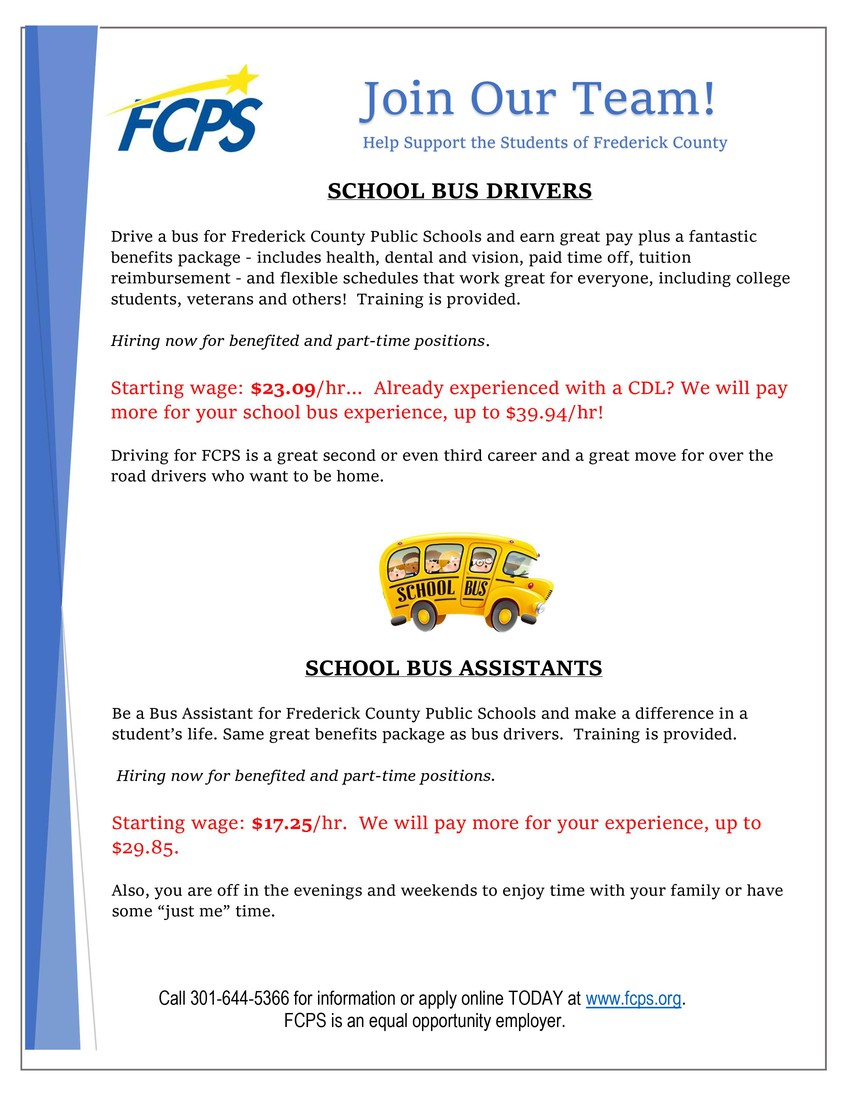 To report your child's absence from school:

If by 10am, the reason for child's absence is unknown, an automated phone service will begin calling each legal guardian.

Order online and these orders will be shipped directly to your house!

The Lewistown Elementary School Learning Community will strive to promote academic success in order to reach our full potential and strengthen our future. Everyone’s unique qualities will be celebrated and valued, and together we will Learn, Excel, and Succeed! 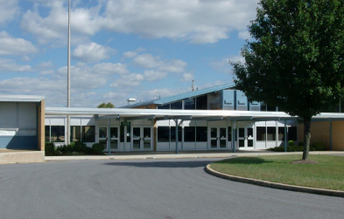 Belinda is using Smore newsletters to spread the word online.

Follow Belinda Fockler
Contact Belinda Fockler
Embed code is for website/blog and not email. To embed your newsletter in a Mass Notification System, click HERE to see how or reach out to support@smore.com
close