More Specials activities for you to BE engaged

More Specials activities for you to BE engaged

Along with the quarter choice board, your Specials teachers will share even more fun activities and practice in this newsletter!

Draw a donut riding a skateboard

Draw a banana in pajamas

Draw a peanut butter and jelly sandwich on vacation

Draw an apple talking to your art teacher

Draw a garden of lollipops

If you want to Zoom one-on-one with me, have your parents send me an email.

Resources: Create a calming corner for at home! https://thecounselingteacher.com/2020/05/diy-calm-down-corner-for-your-home.html

Be a good friend: Check out this super short video! https://www.youtube.com/watch?v=4FlhKfke1ik

Storytime with Mrs. Barcus- Click on the following link so we can enjoy a book together...

Let's learn about the instrument families!

Instruments are divided into 4 different groups (families) based on how they sound, how they are played, and what material they are made of. Click the button above to watch our friend George meet the orchestra and learn about the different instrument families.

We learned instruments of the orchestra are organized into families:

Woodwinds Family – Woodwind instruments are made of a long hollow tube of wood or metal. The sound is made by blowing air through a very thin piece of shaved wood called a reed, or across a small mouthpiece.

Brass Family – Brass instruments are wind instruments made of metal with a cup shaped mouthpiece.

Percussion Family – Percussion instruments are played by being struck or shaken.

Here's one more video on what the instruments sound like!

5TH GRADE STUDENTS: Tasks are due by May 9th!

Look for some video assignments from me on your classroom SeeSaw on how we are going to make an iMovie Music Program!! Pick at least one task to complete and submit to me by May 9th. You may complete all 4 tasks if you like :) I'd love you all to be a part of our video program! Email me with questions, my email is smartin@usd232.org.

Choir Students: You can sing along with the links below from our choral festival literature. If you're feeling like a super singer, send me a video of you singing a song! I'd love to see you! :) 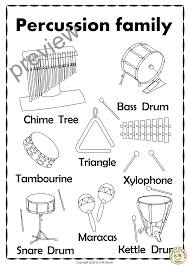 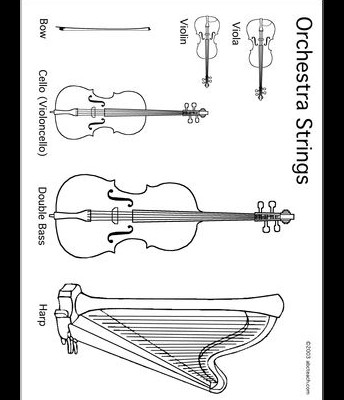 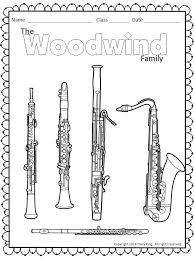 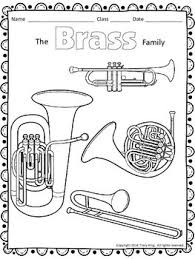 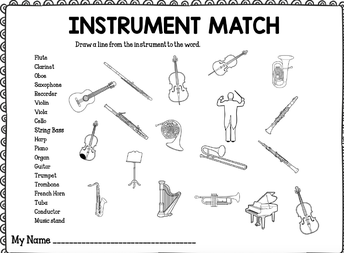 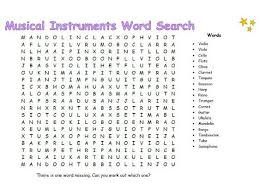 If you are looking for even MORE fun things to do, ask mom or dad to follow me on Twitter at @DawnKoester1 where I have found a million different easy, fun activities.

Remember, if you have a great idea of something fun for all of us to do, please feel free to send me a video or an email explaining how to do it. I would LOVE to see what you are coming up with to stay active. You can even send videos or pictures of you doing one of the listed activities.

Setup: Place the plates in a large circle in the playing area. The player will start in the middle of the circle of plates.

Activity Description: Start the timer. The player in the middle will wait until they hear a color called off, then run around that color plate. As the player is running around the plate, the other person should be calling off the next color. The pattern will continue until the last color is called and stop the timer. Players will switch roles.

"color dash" how to video

The floor is lava!

***Get parent permission before starting***

Lava has taken over the floor of your house! Start on one side of the room or piece of furniture. Use objects from around your house to move across the room without falling into the lava. If you fall in, start over and start again. Try using pillows, towels, stuffed animals, towels etc.

Level 2 - Try to touch each wall of the room.

Level 3 - Try to move into and out of different rooms.

Level 4 - Time yourself or siblings to see who can do it the fastest.

Level 5 - Try to cross using the fewest amount of objects. 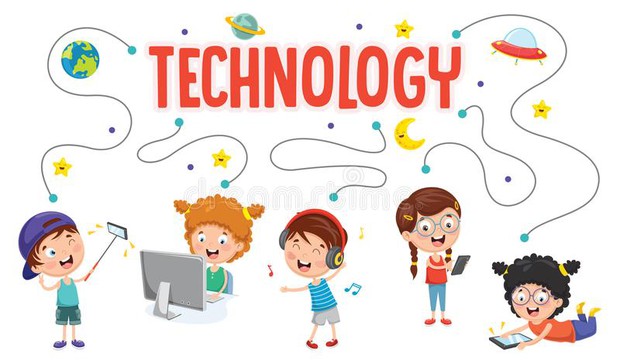 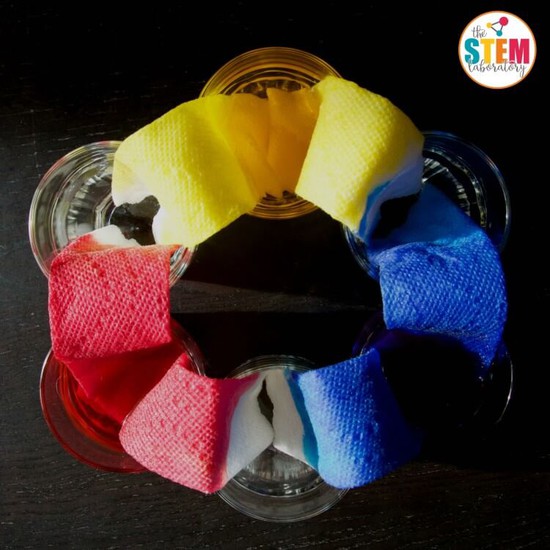 I love this time of year when there is rain and sun combining to make flowers and rainbows. This is an awesome science activity you can do with supplies found around your house.

Let’s make a walking water rainbow! There’s no better way for your scientists to learn about capillary action and color mixing than by making water walk (yes walk!) in this colorful science experiment.

You can use wide mouth drinking cups and canning jars too. Even though they all work just remember that bigger glasses will need more food coloring.

The yellow and red water dripped into the empty cup to make orange! It makes for a good lesson on color mixing.

After another five minutes, we could see the water level had dropped in the red, yellow, and blue glasses and rose in the once empty glasses as the water continued to travel from the more full glasses to the less full glasses.

If you aren’t seeing much movement within a few minutes, it may be that you need to add more water to your colored water glasses. It really needs to be almost at the top for the water to walk quickly. So try topping off those glasses and seeing if that gets things moving.

If you see the water moving up the paper towel but it seems like it’s taking forever, it may be the type of paper towel you are using. You want a paper towel that will really hold a lot of water. Try using Bounty Select-a-Size and Target’s Up and Up Brand Select-a-Size.

The Science Behind It

The colored water travels up the paper towel by a process called capillary action. Capillary action is the ability of a liquid to flow upward, against gravity, in narrow spaces. This is the same thing that helps water climb from a plant’s roots to the leaves in the tree tops.

Paper towels, and all paper products, are made from fibers found in plants called cellulose. In this demonstration, the water flowed upwards through the tiny gaps between the cellulose fibers. The gaps in the towel acted like capillary tubes, pulling the water upwards.

The water molecules are also attracted to each other and stick close together, a process called cohesion. So as the water slowly moves up the tiny gaps in the paper towel fibers, the cohesive forces help to draw more water upwards.

When that happens, the water will not travel up the paper towel anymore. That is why it helps to shorten the length that colored water has to travel by making sure your paper towel isn’t too tall and making sure you fill your colored liquid to the top of the glass.

Turn this demonstration into a true experiment by varying the water level {volume} you start with and seeing how long it takes the water to reach the empty glass.

Or start with the same volume of colored water and change the brand, type {single vs double ply, quilted vs not} or length of paper towel to see how long it takes for the water to “walk” to the empty glass.

You could even use the same volume of water, same length and brand of paper towel but vary the height of the filled glass, by raising them up on books, to see how that affects the speed of the water as it “walks” to the empty glass.

Have you had enough fun with the paper towels? Try using other paper products to see how the type of paper effects the results. Try toilet paper, printer paper, newspaper, or a page from a glossy magazine. What do you predict will happen? 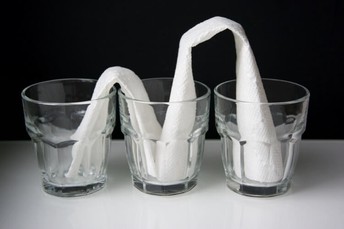 The paper towel on the left shows the just-right height. 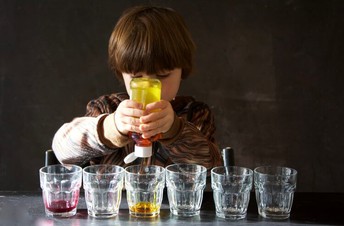 Line up the glasses, fill the first one with red, the third with yellow, and the fifth with blue. Leave the other glasses empty. 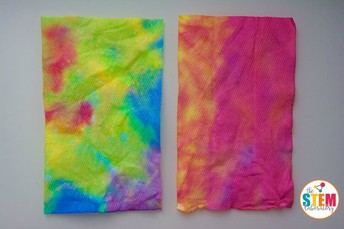 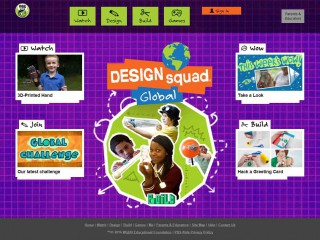 Be creative and help people with engineering at DESIGN SQUAD GLOBAL. Watch videos, play games, try activities, and share designs with the community.

Computer science is super fun because it is creative and playful. Whether it’s solving a puzzle, coding art, or designing an app, you can learn it all during this hour of code. You can join live every Wednesday at noon with the founder of Code.org and special guests for coding fun. If you can't join live, you can watch previous week's recording. Also, when you sign up, Code.org will send you follow up activities from the week's hour. This week, welcome the founder and CEO of Khan Academy, Sal Khan, as well as computer science educator, Flo Vaughn. Learn about conditionals, which is how computers use logic and IF statements to make decisions at Code.org Questions? Email me, lsmithhrabik@usd232.org code.org
Click to learn about conditionals with a Bee Game
Embed code is for website/blog and not email. To embed your newsletter in a Mass Notification System, click HERE to see how or reach out to support@smore.com
close
Powered by Smore
Powered by Smore