Human Migration. What is it?

Migration is the movement of Humans to different places for a variety of reasons. They may move to a neighbouring country, city, to a country on the other side of the continent, or to a country on an entirely different continent. Migration does not always go well and can cause cultural friction or conflict, but it can also reinvigorate a country's economy.

Human Migration. How, Where, and Why?

Throughout history the main way mass migration occurred was either on foot or on horseback. This was mainly because the more fertile lands could be reached easily and quickly that way, rather than by boat which may not be able to take everyone. Most migrations are just people moving to a neighbouring or a neighbours neighbour. The reason that people would be less inclined to move far is the general lack of knowledge about areas that are far away, and the similarity of cultures that are nearby. There are many reasons why someone would want to get away from where they currently are. Some of these might be conflict, famine, lack of opportunities, better opportunities somewhere else, and disease. Currently the factors that are causing the most migration would be the conflict in the middle east, and people simply going to places where they can become richer than they currently are.

Connection to my life

A few centuries ago my family, the Bragdons, came to America from Scotland, likely due to the Highland Clearances. These clearances took away land of poorer farmers in southern Scotland and caused larges migration of people from the region. My family likely left as they no longer had any land, therefore no opportunities, and would have a hard time surviving in Scotland and therefore left to America, where they have lived for generations. When they first came to Maine they founded businesses, and a branch of my family is still well known in Freeport. Without migration my family may not have survived, meaning I wouldn't exist, they could have been trapped in poverty, or something unlikely thing. This relates to our class as it shows how migration can allow people to improve their living conditions through migrating, how they can leave areas where there is some event negatively affecting them, and how migration can improve and affect the economy of areas. 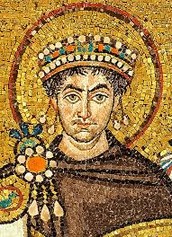 Cultural Mosaics. What are they?

A cultural mosaic is the overarching group of behaviours, ideas, customs, traditions, etc, that is shared by many people. It is referred to as a mosaic as each person makes up a small part of the culture and helps define and change it. As different people from different cultures interact with the cultures of others they may enter their mosaic, or change it from the outside.

Cultural Mosaics: How, Where, and Why?

Cultural mosaics are, obviously, created by humans and how we behave and interact with each other. The beliefs of people, how other people react and respond to these beliefs, and the underlying reasons for these beliefs all affect the cultural mosaic. There are many other things that also affect the cultural mosaic, and many, including some that I mentioned above, are not immediately visible. Cultural mosaics exist in all places that human beings live, and can exist whether there are 50 people or 50,000 people. The complexity can range greatly depending on the places population, as there can be people with 50,000 different ideas in a place with 50,000, but only 50 in somewhere with 50 people. These mosaics form as people interact and are based on the beliefs, ideals, and many other things of the people who are a part of it.

How Cultural Mosaics affect me

Like all humans alive I am part of a cultural mosaic, and affect and am affected by it. I cannot really understand everything about other people, and what parts of them affect the mosaic. I can, however, see the outermost parts of them, and how they affect and are affected by our culture. For example, most people may only be able to see me as fairly quiet, and that I seem to be confident of my knowledge. Beneath this my thoughts, are many times just focused on irrelevant things from the day before, and not on anything of any consequence. Even though this is the truth, what other people believe I think and believe I do affects and forms the culture as people create their perceptions of others.

Balance of Cooperation and Conflict among social groups 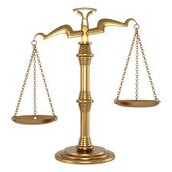 Balance of the forces of cooperation and conflict among social groups: What is it

People can never work together completely, nor can they ever be completely opposed to each other. The balance between the extremes is a huge factor in determining the stability of groups. This balance tends to be delicate, and in many places when it begins shifting it shifts towards conflict rather than cooperation.

Balance of the forces of cooperation and conflict among social groups: How, Where, Why?

The forces of cooperation and conflict form naturally as humans interact. No one would completely give in while they are still alive, and so would create some minor conflict even if they were the most submissive person alive. On the opposite side where somewhere purposefully opposes everything someone or a group of someones believe, they would have to share some beliefs at some level. The balance of the forces of cooperation occur everywhere, just like the cultural mosaics, and affect the culture of all places, and the balance in all places is affected by the culture. The main reason for conflict and cooperation is the base instincts of all animals, and human nature. People do not want to be dominated, and they want to dominate. At the same time, many people just want to be left to their own devices to do these things and prepare to dominate. The main way to achieve domination is through conflict, but it also requires cooperation to have conflicts that end how they want it to.

In all groups, there are instances of conflict and of cooperation. In my life, my mom normally holds the most power, which she utilizes in some instances. But at the same time me and my Dad many times together disagree with her and overrule her decisions when we disagree with her. In this example, the power changes hands, and it changes hands both due to conflict and cooperation. During periods such as the cold war having huge control over the whole world belong to the Soviet Union, and this was done through cooperation with our allies, with preparations for conflict. At the same time cooperation with the Soviet Union and between its allies prevented us and NATO from essentially ruling the whole world.

1. I was a part of the government group and ended as the president of Guatemala. Our group was especially focused on our feeling of powerlessness, by our desperate search for something to help the peasants with, and with our opposition to the Military on the first day. On the second day, we focused entirely on the Military and we merged with them to become the most powerful group in the game. On the final day, we were almost entirely inactive as we waited for the actions of the US and the guerillas.

2. In our game, the power shifted to in multiple ways. First, the power ended up almost entirely resting in the Government-Military-Wealthy groups hands. Then it ended in the USA's hands as they made the decision of who to support and whether or not to invade Guatemala. An example of power shifting in real life would be the fall of the Western Roman Empire. After it was destroyed many kingdoms rose up from its remains, with none of them having the same power as Rome and leaving the power more spread around.

3. The power shifted in the game as some groups gained more MSU's and bargaining power. On the first day, the power did not change at all and no treaties were even signed. On the second day, the Government and Rich & Army combined into one group, and the Rick & Army gained a free death squad card, but they Guerillas also gained some MSU's, though they were still far behind. This gave us more power and allowed us to dominate the game for that day. On the final day the USA held the most power as who they gave the MSU's to potentially decided who won, and they could invade and decide who ruled the country. The USA gave the MSU's to the Guerillas, who then took over, but who then lost power after the USA invaded. This then put the Government back in power leaving us as the "winners".