Stacey is using Smore newsletters to spread the word online.

Get email updates from Stacey: 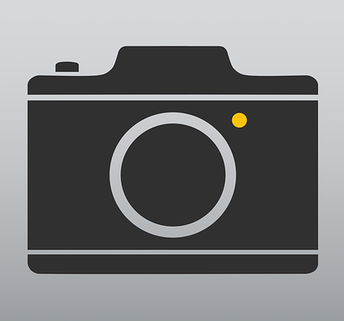 Utilizing video has become an integral part of our team dynamic and service delivery model for our learners with visual and multiple impairments. We use video to promote our efficiency and effectiveness for:

This month's newsletter will share insight and strategies from various team members that may give your team the confidence to use video as tool to promote team collaboration and learner growth.

Our team utilizes the Sensory Learning Kit and Sensory Response Record as part of our assessment process. We take video as we present various sensory materials to the learner and store these in a shared drive for the team to review together. The videos help us compare responses to determine preferred sensory materials and participation levels in order to develop IEP goals and accommodations.

The videos are invaluable for facilitating collaboration, comparison, and a bank of video for baseline data.

Our team utilizes video at all stages of the routine implementation process. When you have a new routine, video helps team members review to the steps, accommodations, prompting, pace, and learner participation. Supporting team members can use the time reviewing video and providing feedback as consultation minutes... and these are often the most valuable consultation minutes spent with the biggest impact for the learner.

Using video with ongoing routines allows team members to see progress and assess the need for expansion and next steps. The classroom teacher can also step back and see ways they can better support the learner's success. They could be providing subtle cues or supports without realizing it. Video gives the entire team a new and impactful perspective.

A Shy Teacher's Perspective...Video and it's Value for Data Collection and Role Release

If you are like me, and very camera shy, the thought of seeing myself in videos throughout the day made my stomach hurt. Fortunately, I have found it to become part of my normal day, and it has made my life so much easier.

During the pandemic I was able to use videos to help parents understand the routines and expected actions at home. It is one thing to read them, but when you can SEE them and SEE the learner perform the routine it is a total game changer. This has provided parents confidence to implement routines at home. In the same way, videos have helped me role release routines to a paraprofessional and transition a learner to a new classroom or campus.

Another great benefit of video is the ability to take data at a later time. I love to be “present” during the routine and with my learners on Zoom and in person. Taking data can easily take that away. You miss so many wonderful things just looking down to make a note. When you have a video, you can enjoy the experience in real time and go back a little later and watch the video for really good data collection. If I am unsure of a reaction or response, it is very easy to show it to my team for added input. You do not have to keep every video. You do want to keep several samples of a great performance, a “not so great” performance, and even a “not in the mood to work” performance. Video is an amazing tool to provide quality concrete data and growth over time!

One of the best fringe benefits of video as part of our team process has been the opportunity for professional development and training.

Our team has used ongoing video and team collaboration to create our own Professional Learning Community. The videos are a springboard for conversation, collaboration, research, and growth. We have established a sense of community and respect that allows each of us to be vulnerable, either on video or as we share questions or comments. These conversations have fostered growth individually and as a team.

Additionally, as new team members come into our fold, we are easily able to use the videos to train them in our process and familiarize them with our learners and team members.

We are all so thankful for the videos and all that they provide to our team and our learners.

A Message from Millie 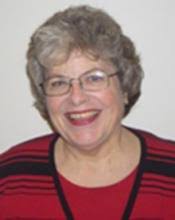 Video has been a vital part of my work for a long time. It has become a bigger part each year as I use it for all the purposes mentioned above. One in particular stands out in my mind.

Years ago, I was a self-contained classroom teacher in a program for students with visual and multiple impairments. In that program each teacher was required to use video to document reports of present levels of performance in IEPs. When learners moved to new classrooms, these video portfolios were part of the information shared in the transition. Before this practice was started, I frequently found that I did not see evidence of performance attributed to new students in my classroom by a previous teacher.

After I was able to watch videos showing my new students and their previous team members doing the things described in their present levels, I rarely had any difficulty understanding the validity of the assertions. When the previous teacher said that Tameka could put on her coat independently and my experience of her trying to perform this task was that she required physical assistance, I watched the video and saw that Tameka was indeed able to put on her coat independently, but only after it was draped over the back of her chair with the sleeves open on the sides of the back support. In this position, Tameka could sit in her chair and push her arms into the sleeves. When she stood up, her coat was on.

I had been handing Tameka her coat and expecting her to put it on. That was what I thought the previous teacher meant in her present level statement. After watching the video, my perception changed from righteous skepticism to admiration for the skillful modification of the task that insured Tameka’s success. In almost every case where there was a discrepancy between reported performance and my experience, I found that videos revealed essential modifications, accommodations and supports without which performance levels dropped dramatically. My job was to start with the conditions necessary for success and then work toward higher levels of performance and broader applications.

Millie, Tristan, and Stacey are presenting more in depth on this topic at the virtual CEC Conference, which is being held March 8-13, 2021.

Please share this new resource with families! The ECC & Me has opened an Etsy shop with monthly themed boxes, and there is one specifically for sensorimotor learners! Boxes will include a book, objects, and resources for the learning partner.

We hope your year starts off well and are excited about sharing in the journey with you!

Millie Smith, Consultant for Learners with Visual and Multiple Impairments

Stacey is using Smore newsletters to spread the word online.

Follow Stacey Chambers
Contact Stacey Chambers
Embed code is for website/blog and not email. To embed your newsletter in a Mass Notification System, click HERE to see how or reach out to support@smore.com
close