Another weekend just flew by...and it finally felt like fall. I hope you had a chance to spend some time at Community Day yesterday or catch the game on Friday night. I was lucky enough to speak at the Hall of Fame inductee ceremony on Saturday night. What an honor it was to introduce such amazing people.

The dunk tank yesterday was another story. What a hoot that was. The water was cold and the kids had good aim. What more is there to say? Just goes to show teachers and community will do anything to support the FHS band.

I look forward to a great week. Girls volleyball Tuesday is going to be a show. Come out and see the girls do what they do best. Hope to see you there. 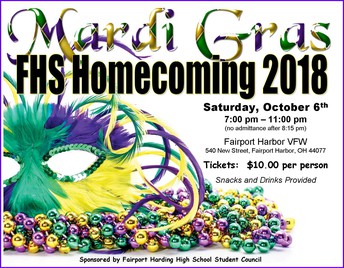 Homecoming is right around the corner. Saturday October 6th at the VFW will be a special night. Homecoming is a time to celebrate shared experiences and will be a night to remember! 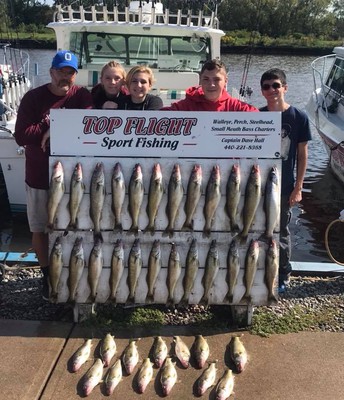 The Hooked on Education team is at it again. Thanks to Top Flight Sport Fishing for providing our kids with an authentic educational experience. Looks like a good day on the lake. 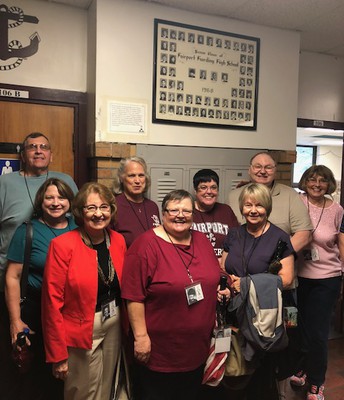 The class of 1968 visited Harding last Friday afternoon. We took a tour while they told stories of their high school days. Once again I am reminded of the stories these halls hold..Once a Skipper, always a Skipper. 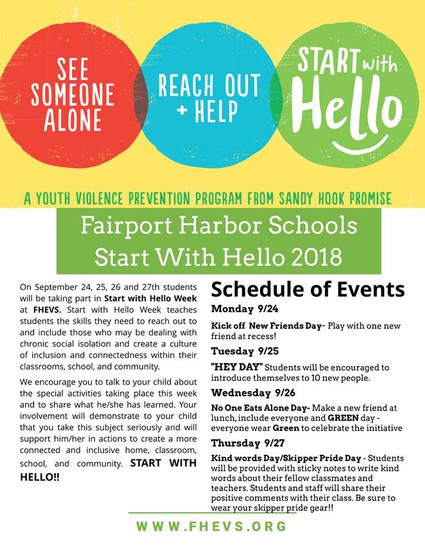 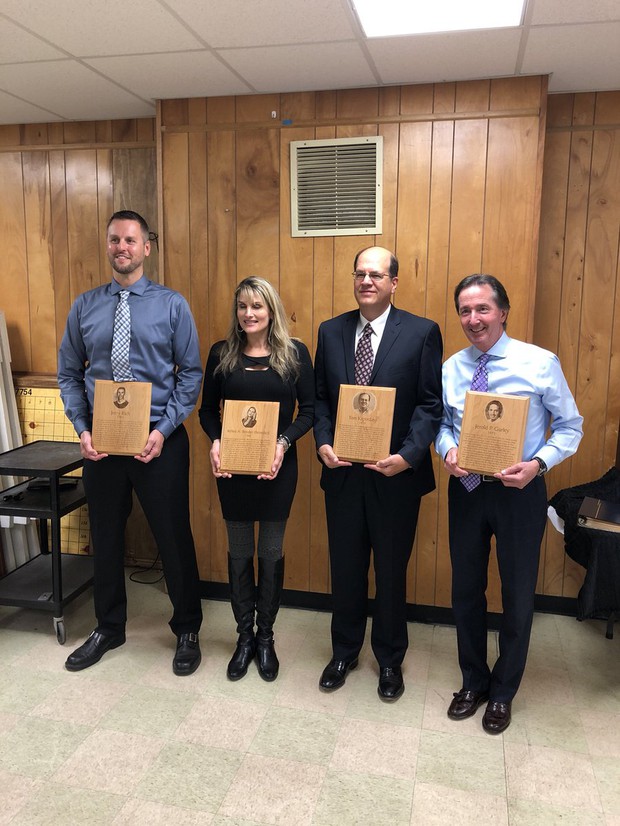 The Fairport Harbor Hall of Fame Inductee class of 2018 is an impressive group of Skippers. Kellee Bender Benedict ( 1982), Dr. Jerry Gurley (1975), Tom Kapostasy (1974), and Jerry Rich (1993). You make Fairport Harbor proud. Thank you for coming, and please know Fairport is always your home.

On Monday, September 17, the 12 students and two teachers who are a part of the Virtual Reality, Augmented Reality, and Artificial Intelligence Seminar in the Design Lab ventured to Akron to visit New Territory VR Studio. The students immersed themselves in VR technologies. Some students took virtual trips on Google Earth, some defended a castle with their virtual archery skills, others cooked breakfast with a virtual chef, and our very own Mr. Conn wielded a virtual light saber in a spirited exhibition of skills. Some of the students were also able to wear a rumble vest, which made them feel music and sounds as opposed to just hearing them. After using the various technologies, they were able to sit down with New Territory owner, Bill Myers, to ask him questions about the future of AI, VR, and AR including what we can expect in the future. He also gave us insight as to what our students can do to prepare themselves to get into a career in these very lucrative fields. What an experience for these learners! 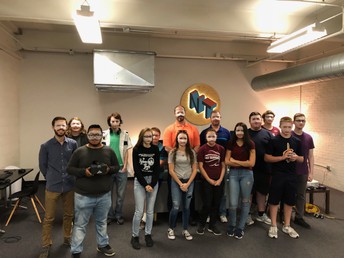 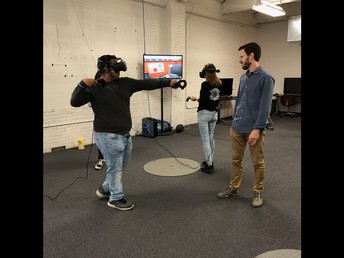 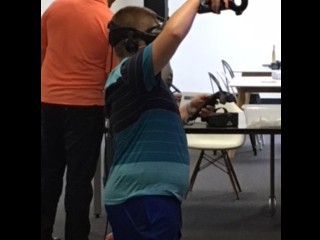 Harding has seen a trend with kids using all of the above on the way to school, in the parking lot, and in the restrooms. This is illegal and dangerous for our kiddos. E- cigarettes are a rapidly emerging and diversified product class. These devices typically contain nicotine, flavoring and other dangerous additives. E-Cigarettes are the most commonly used tobacco product among youth today. Let's work together to protect our kids from this dangerous trend. 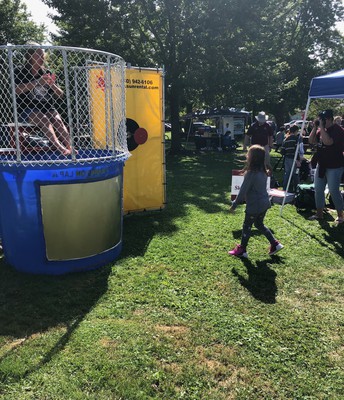 Thank you to my youngest daughter for dunking me. No more softball for you. 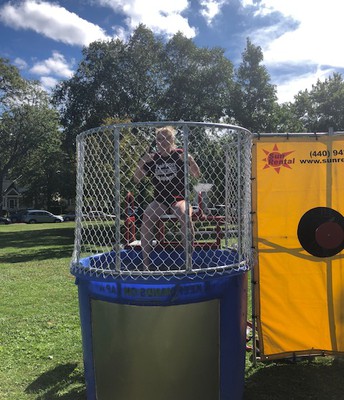 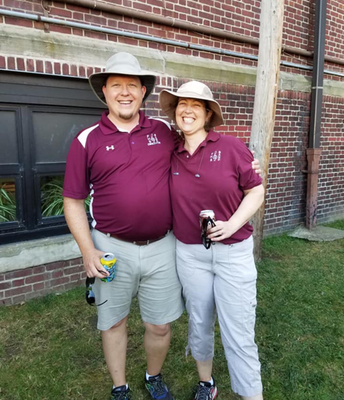 Thank you to the Ruzin family for all you do. I think you may have earned the band the most money on Sunday with your band students trying to dunk you both. 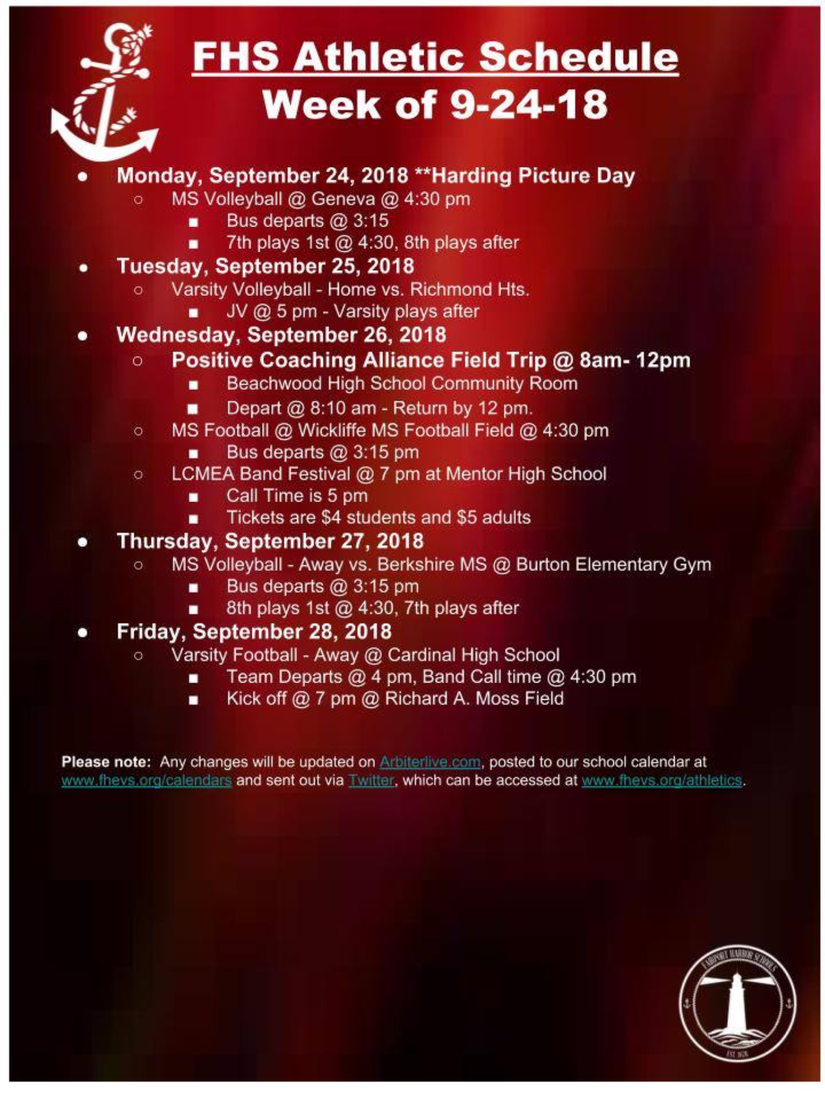