luca is using Smore newsletters to spread the word online.

Get email updates from luca:

He grew in an environment ruled by poverty.

He managed to educate himself in the Franklin town library, and, with tutoring in Latin and Greek from Samuel Barrett.

He was graduated in the 1819 for law,at Brown University.

He settled in Dedham, Mass., and there his legal acumen and oratorical skill soon won him a seat in the state House of Representatives, where he served from 1827 to 1833 he served in the Massachusetts Senate, in 1836 as president of it.

Of the many causes Mann espoused, none was dearer to him than popular education. Nineteenth-century Massachusetts could boast a public school system going back to 1647.

In 1853, having run unsuccessfully for the Massachusetts governorship a year before, he accepted the presidency of Antioch College in Yellow Springs, Ohio, a new institution committed to coeducation, nonsectarianism, and equal opportunity for Negroes.

What he have done in his life

Horace Mann played a leading role in establishing state-supervised, state-funded, mandatory-attendance school systems in the United States.He worked to reduce the number of schools that were funded and controlled by local communities, because he believed that in the rural areas, some children are receiving too little or improper schooling.

In 1837 Mann gave a law practice and a seat in the Massachusetts legislature to become secretary of the newly established Massachusetts State Board of Education.

As secretary he want to change the definition of common school.The term had long applied to one-room. After Mann's work, the tax-supported schools want organized within township units were called common or public schools.

Mann was defeated as a Free Soil Party candidate for governor of Massachusetts. He was president of Antioch College in Yellow Springs from 1853 until his death. 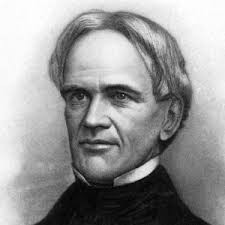 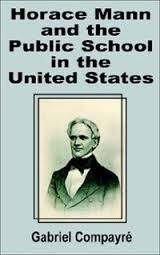 A:Written by Lawrence A. Cremin.

P:there isn’t write a real date of the create but is write that the last update was in the 20-1-2014,so I think that these mean thatthe information were really good because the i think that who have update the page, have discovered other information.

P:I think that one thing that will be help me is the text because is maded really well.

A:the source was created by Lawrence A. Cremin.

R:because i think that this source will help a lot for me and for other student

T:the source is explain all about Horace Mann like his life,what he have done during his life.

S: Because you can know all about Horace Mann and you can use for do research.

P:One thing was that I in the source there is an image of Horace Mann so this make me understand that it was abaout he.

R:I think that this source was created because Horace Mann want to explain waht he think about the.

T:Horace Mann want to explain what he think,I think about the esistentof the umans and what they have to do.

S:This source is important because was write from Horace Mann so this make the source important.

“Perhaps I do not know what I was made for; but one thing I certainly never was made for, and that is to put principles on and off at the dictation of a party, as a lackey changes his livery at his master's command.”

luca is using Smore newsletters to spread the word online.