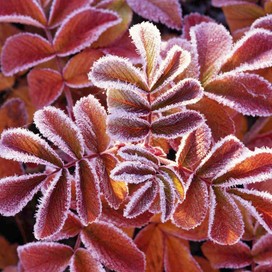 Sanchali is using Smore newsletters to spread the word online.

Get email updates from Sanchali:

The Swift Fox is one of the endangered animal of Alberta

The Swift Fox is one of the endangered animal of Alberta

The Swift Fox (Vuples velox ) is a small orange tan fox that's about the size of a domestic cat and it lives in the Western Grasslands of North America : Saskatchewan ,Manitoba, Alberta. In the US this animal is found in Montana,Colorado, New Mexico ,and Texas. This creature was nearly extinct in the 1930's ,because of predator control programs , but thankfully reintroduced later.

Small population of 150-200 throughout Canada.

Estimation in Alberta is 96 swift foxes.

Pups are born in the den and remain there for a month. When a newborn pup is born its eyes and ears are closed and reali on their mother for food and protction. Smallest of all north american wild dogs. These pups need protection from its mother for about 4 months straight, that's when the pups start to explore the world outside o their den. When they are around 6 -12 months old they leave the den and make a family. When a fox reaches the age of 10 months they are allowed to breed

the swift fox lives in the dry grass lands of Canada so Saskatchewan ,Manitoba,and Alberta. They make dens in open praries,plowed fields, and along fences. Swift foxes live for almost 3-6 years. They're mostly nocturnal creatures. During the day these animals stay in their dens. these dens are either dens that larger creatures made and are being reused by the foxes or dens that prviouses foxes made. these dens are ususally 2-4 meters long. On hot summer days the swift fox is sometimes out of its den. UNfortunately on these types of days there are sometimes accidents that are made. Many foxes sometimes get poisend,trapped by hunters, or end up as road kill

What can you, a normal person, do?

The first thing we as people can do is be aware that animals such as the Swift Fox are in need of help, and its up to us to bring that awareness into the spotlight and let people know what's happening Second thing to do is support organizations that have the same goal as you, saving the swift foxes.

Bring Back the Wild

Sanchali is using Smore newsletters to spread the word online.

Follow Sanchali Santosh
Contact Sanchali Santosh
Embed code is for website/blog and not email. To embed your newsletter in a Mass Notification System, click HERE to see how or reach out to support@smore.com
close