This is a picture of a Medi-Talker. This is a devise that "says" words that you type on it. 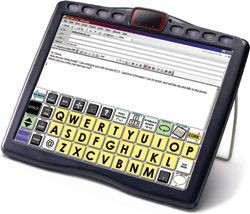 The Baseball Whisperer as it says in the subtitle is about a small town coach named Merl Eberly who shaped big league dreams. Merl was a strict coach who cared for his players but had little tolerance for the ones who didn’t follow the rules. Michael Tackett’s purpose of writing this biography is to teach the reader that you need to be a hard working honest person to succeed in life. This is the author's purpose because he shows that Merl wanted his players to have fun and get better at baseball. But they had to work if they wanted to play. Players would work in the morning; practice in the afternoon, and play at night. Merl said you have to work hard to become a good player, teammate, friend, and person. The author includes many examples of how college players used Merl’s ideas to their advantage. Some even became major league players, for example, Ozzie Smith. This proves that the author's purpose of The Baseball Whisperer is that hard work and honesty makes you a better person.

Out of My Mind, by Sharon M. Draper, is realistic fiction about a physically disabled fifth-grader named Melody. She can’t walk or talk. She is the smartest kid in her school but nobody knows that, yet. Halfway through the school year, Melody receives a life-altering device that finally allows her to have a voice. This talking computer opens up her world. She learns how to accept her own disabilities but also that others may never come to accept her. Some accept her for who she is, some don’t think she is a human with a brain. But she doesn’t accept her social limitations. She makes it on to the spelling bee team, and because of this her team wins the regionals.Their flight to D.C. is canceled; her team leaves her behind. Later, Melody confronts them. They all feel guilty. When she laughs at the cheap plastic ninth-place trophy it proves that Melody accepts that sometimes things don't work out. This proves that the theme of the book is acceptance. 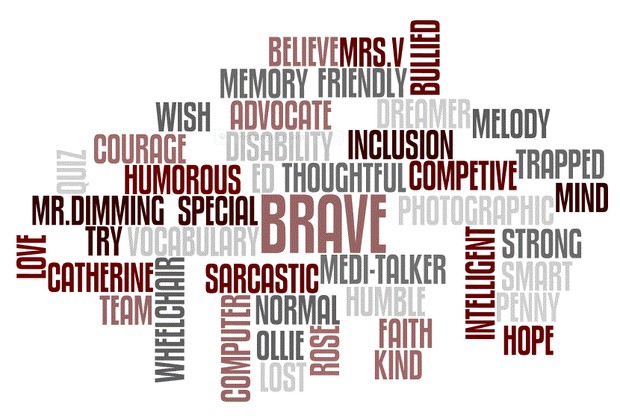 If you could describe the book with random words this would be perfect. This describes Melody's situation perfectly 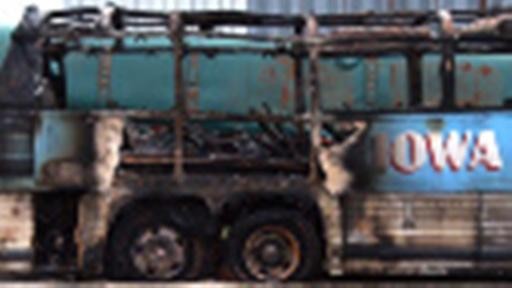 In 2008 the bus for the team caught on fire. Nobody was hurt.