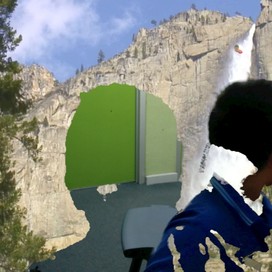 jayden is using Smore newsletters to spread the word online.

Get email updates from jayden: 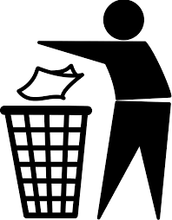 Our data shows that 53% of people say they litter and 47% say they don't litter, This means this means that most people in school litter.

On the 22nd of March 2016 a bird ate a piece of plastic, that means tomorrow is it's funeral, because the plastic will cause the bird starve, choke, and suffocate.

When it rains, the plastic will wash into the drain, which leads to it going into the ocean aka the habitat to innocent animals, then the poor marine animals will mistake the plastic for food (e.g. Jellyfish, Plankton).

One devastating day an 8m Bryde's whale swallowed 6m2 of plastic bags, this was discovered by Marine Biologists and the Autopsy, this plastic caused it to starve,strangle, and suffocate.

Then another horrible thing happened to a platypus when it got caught in a beer ring, which was cutting deeply into it's skin, the platypus then overcame it's shyness and approached a human and then the human took the platypus to the vet, the platypus was named Lucky after his amazing survival.

Another devastating day occurred when a turtle got stuck in a plastic bag at a young age, the turtle's body was deformed it later looked like an eight.

And another horrible event occurred when a Pelican named Pete swallowed 17 plastic bags, then the plastic got stuck in his digestive system, which caused him to starve to death, and he is now a statue at a zoo near Wollongong.

Garbage is bad to animals because it can cause sad moments like animal strangulation and starvation, Litter is a habit to us and if it continues all species will be extinct even humans, because of the pollution the rubbish causes,we can stop littering by telling older people to stop,because they are our role models to us.

ciggeritt butts is the most common rubbish littered in every day life. then its then its plastic bags, beer rings. people should stop littering because they will hurt allot of animal speices. If you like cute little animals then stop littering ! and start picing after your self and put you rubbish!.

and if you litter in a Forrest on a relay hot day then the rubbish will burn and then it will cause a bush fire then wild life will have trouble to breath,will choke or burn to death

this should stop now!

this is what litter does to poor little animals

jayden is using Smore newsletters to spread the word online.