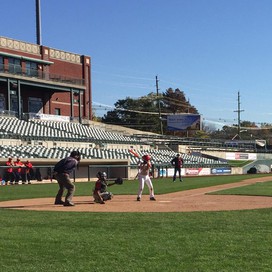 I love baseball, cello, and reading. I also love the Mets!

Get email updates from Matthias:

The Great Fish of the Ocean

The Great Fish of the Ocean

Did you know that sharks have 6 senses, instead of 5 like us? Well, that 6th sense is called electrosense. It helps the shark pick up electrical signals from potential prey. Also, instead of a skeleton of bones, a shark's is made of cartilage, the same material that your ears are made of. The cartilage is light-weight, which allows the shark to be a very flexible animal. Lastly, fins are the most important body part. They help the shark glide, stay afloat, and cut through the water.

A shark's diet varies by the type of shark. If you think that sharks like the taste of humans, then you're wrong! The reason why there have been so many attacks are probably because it mistakes the person as a seal, or if they are invading its territory. But, a shark normally feeds on food such as squid, fish, seals and sea lions, and other sharks. When there is large prey somewhere, a huge mob of sharks swarm around it. This is called a feeding frenzy! Just remember that you'll be safe, as long as you don't invade!
World's Deadliest - Great White Shark vs. Seal

How a Baby Shark is Born

The first step in a shark being born is the egg case. Some sharks develop the eggs in their bodies, and some just lay the egg. First, when the mother lays the egg cases, the shark is just a microscopic cell. Then, as days go by, the developing shark feeds on the yolk inside. After about two years, the shark will be ready to hatch.

Comparing Sharks to Other Animals

Great White vs. Tiger: The Similarities

A great white and a tiger shark are two of the most famous and fiercest sharks in the ocean. They may not look alike, but they are similar in a couple ways. One similarity is that they both have serrated teeth. This means that the teeth are like saws, so it cuts right through their prey. Another similarity is that they both don't like the taste of humans. Sharks just like to "taste test" you and they will probably spit you out if you get bit. My last similarity is that both of these sharks are endangered because humans are using their fins to make shark fin soup. This is one of the reasons why sharks are endangered.

Great White vs. Tiger: The Differences

While these two sharks can be similar in some ways, they can also be different from each other. Great whites like deep waters, about 1,000 feet deep. But tiger sharks prefer shallow waters, where people normally swim. This may be the reason why tiger sharks have been involved in many attacks. Also, great whites are sometimes known to toss food in the air before eating it. Has anyone told them not to play with their food? Lastly, great whites can grow up to20 feet long, and weigh up to 5,000 lbs. On the other hand, tiger sharks can grow up to be 18 feet, and weigh up to 980 lbs.

A great white and a tiger Shark side by side

Sharks may be big, but it doesn't mean that they have self-defence! They may thrash around and bite, that doesn't stop fishermen from overfishing! Many people have been killing and hunting sharks for their fins. Humans play a deadly role in a shark's life. They kill them in competitions, or even just for fun. We should be more careful with these amazing fish.
To save these awesome fish, we should do a number of things. One way to save them is to stop shark fishing. Sharks are already endangered, and 50% of all sharks are going extinct. That is a lot of sharks that are endangered! Another solution is not to fin sharks. Shark fin soup is a popular delicacy in China, and this process kills millions of sharks. Once people are finished finning sharks, they toss the shark's body into the water. Then it drowns and other sharks eat it. This has become a major problem for sharks.

As you know, the movie Jaws was a smash-hit movie that portrayed sharks as a man-killing monster. It may have been scary, but the man-killing monster part isn't true. After people watched the movie, they are scared of sharks and try to kill them. I don't know why, but the movie may have changed people's aspects and views on sharks. Sharks don't try to kill you, as it may be by accident. So don't be worried!

A problem with people and sharks is the over fishing. Back then catching and killing sharks was a hobby. But now, it is an everyday thing for fishermen all over the place. Due to this, 50% of the whole shark population has been completely wiped out. Plus, sharks are now and endangered species. So let's start saving sharks!

I love baseball, cello, and reading. I also love the Mets!