Career is using Smore newsletters to spread the word online.

Get email updates from Career:

We hope you enjoy this first edition of the monthly PACE Newsletter! Because you are an official member of PACE (Parents and Alumni for Career Exploration), we thought you would like to read about the work of CE&D, how we are partnering with alumni and parents, and the success of our students and recent graduates.

So far this year, nearly 200 parents and alumni have agreed to join the PACE Team. The following alumni and PACE Team members have helped out during the past couple months:

An additional thank you to the many parents and alumni who have also worked with us to post various jobs, internships, and externships on our online portal, DULink.

Here is what CE&D has done so far this year...

CE&D has promoted, presented, and partnered with faculty, staff, parents and alumni to put together a series of programs that were not initially designed into the 2013-2014 school year (where as Workshops were designed). These included the Big Red RoadTrip to the Columbus JPMorgan corporate offices, presentations to multiple classes or departments on campus, or participation with alumni speakers coming to campus (i.e. Discussions with Alumni: Jeff Masten).

CE&D has worked with several alumni and recruiters to allow businesses to conduct on-campus interviews. So far this school year, the following companies and recruiters have come to Denison: (Note: the persons listed below did not always conduct the interviews)

Madison Owen ’14 of Novi, Mich., (center below) interned with Mickey Guisewite ’82, founder of The Bottomless Toy Chest. Here, in her own words, Madison describes the experience, where she learned practical business skills—and the profound power of an idea. 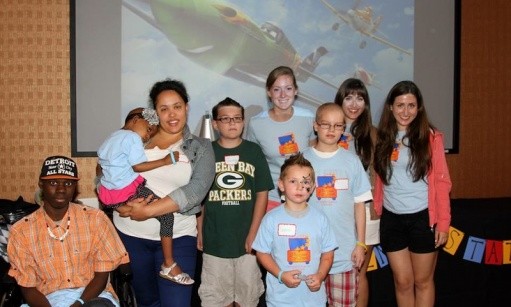 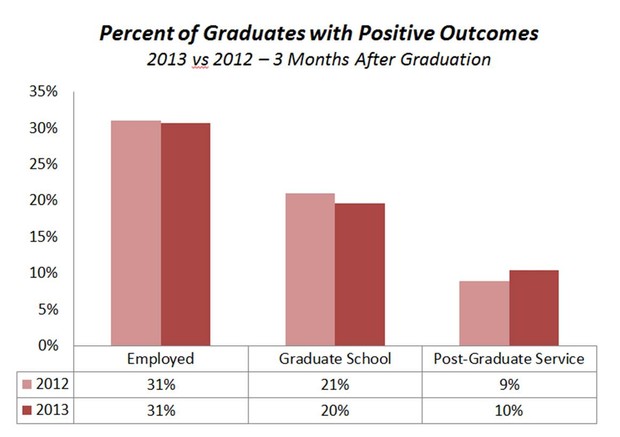 TEDxDenisonU is set to explore Real Utopias: From Dreams to Practice on March 1, 2014 in Herrick Hall. We invite ALL members of the Denison community including alumni, faculty, staff and students to submit proposals for presentations.

If you feel that you would like to be part of TEDx Denison, we ask you to simply email the TEDxDenisonU planning committee at tedxdenisonu@denison.edu

directly and state your interest. Please feel free to contact Stephanie Hunt-Theophilus, TEDxDenisonU curator at hunts@denison.edu or 587-8579 for more information.

PACE offers a unique way for parents and alumni to become involved and help impact lives. While we are making a great effort to help provide every student the chance to succeed at their dreams post-graduation, more help is always appreciated. If you know of other alumni and parents who may be willing and able to help in that effort, please encourage them to join PACE. You can send them here to learn more and to sign up.

As you know, the goal of PACE is to make sure Denison graduates find opportunities to thrive and to offer support as they launch their careers. We do not expect members to do everything or to be active the entire time, but to listen, read, and be willing to be ASKED to help out. If you have an idea or a position you would like to promote to students, please contact CE&D using the information below.

A Newsletter brought to you by Career Exploration & Development

Career is using Smore newsletters to spread the word online.