"Preventing filth one sweep at a time"

"Preventing filth one sweep at a time"

Made by Rachel Watley, 3rd period

Young Reformer Man, aka Teddy Roosevelt, has his superhero name for many reasons. The 'Young' part of his name comes from the fact that Roosevelt is the youngest President in US history to take office; he was 43 years old. The 'Reformer Man' comes from Roosevelt's stance on the reform movement. He noted that the only way reform was going to successfully happen was if the entire Nation took it all on at once, and that it did. Roosevelt increased government supervision in factories, which allowed for a safer environment. Additionally, he passed the Hepburn Act, which gave the Interstate Commerce Commission authority in deciding what railroad rates were best for the people.

- Muscular build: he was strong-minded and always had a solution

- Cowboy boots: he was a cowboy

- Earth tattoo: he wanted to strengthen the US in foreign affairs

- Man/Woman tattoo: he was a man that took everyone's opinion into consideration and did what he thought would best represent the people 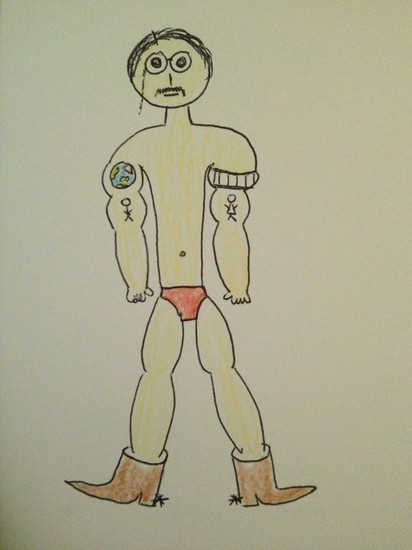 The Business Villain represents a combination of different problems Roosevelt faced during his term. The problems faced are:

- Train track belt: he was causing havoc at the railroads

- Briefcase: he is a business man hogging money 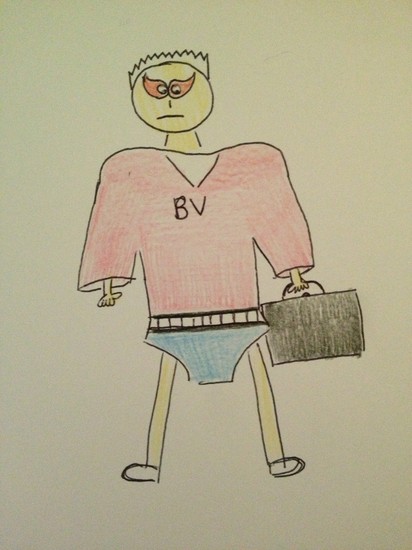 Condition Mission, aka Upton Sinclair, has one mission, and that's the condition of workplaces. Sinclair was the perfect sidekick to accompany Roosevelt because he got the word out to the public on workplace reform, while Roosevelt was busy working on railroad reform. Sinclair published the book The Jungle, which exposed the unsanitary and awful work conditions in the meat packing industry.

- Working shoes: he wrote about working conditions in meat factories

- Mask: he voiced his opinion behind a book, similar to how the mask is concealing his face 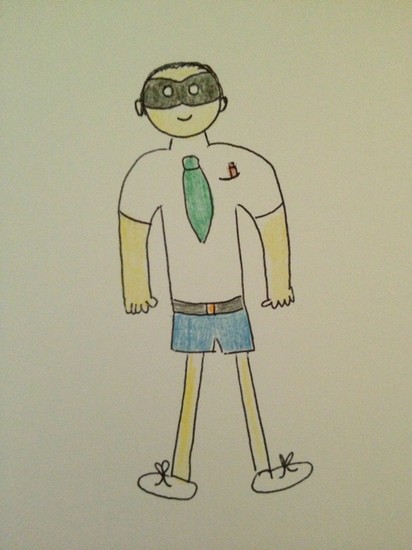 President Roosevelt used his superhero powers to defeat the evil nemesis and all its' policies. He tackled international business affairs by easing tension; he did this by building the Panama Canal. The railroad crisis was solved by passing the Hepburn Act, which regulated rates. Big businesses were no longer allowed complete control because Roosevelt was a 'trust buster', which meant he regulated market competition. Roosevelt resolved the food crisis by putting an act to law requiring federal inspection of all companies selling meat. Finally, Roosevelt put an end to "wasteful exploitation of raw materials" and helped with the "reclamation of wide stretches of neglected land" in order to conserve our resources.