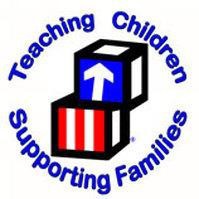 The mission of Parent Child Development Corporation is to empower families to improve the quality of their lives through educational and self-help programs, family support services, and advocacy activities in partnership with the community.

The vision of Parent Child Development Corporation (PCDC) is to be a leader in comprehensive preschool programs, child care services, and family support services in Virginia’s Middle Peninsula. PCDC will provide direct services, coordinate regional and inter-agency service delivery systems for children and families, and advocate for programs and services which promote the welfare of all children and families in the community, state and nation. PCDC will forge partnerships with communities and organizations to effectively and efficiently utilize human and financial resources, both public and private.

Message from the Executive Director 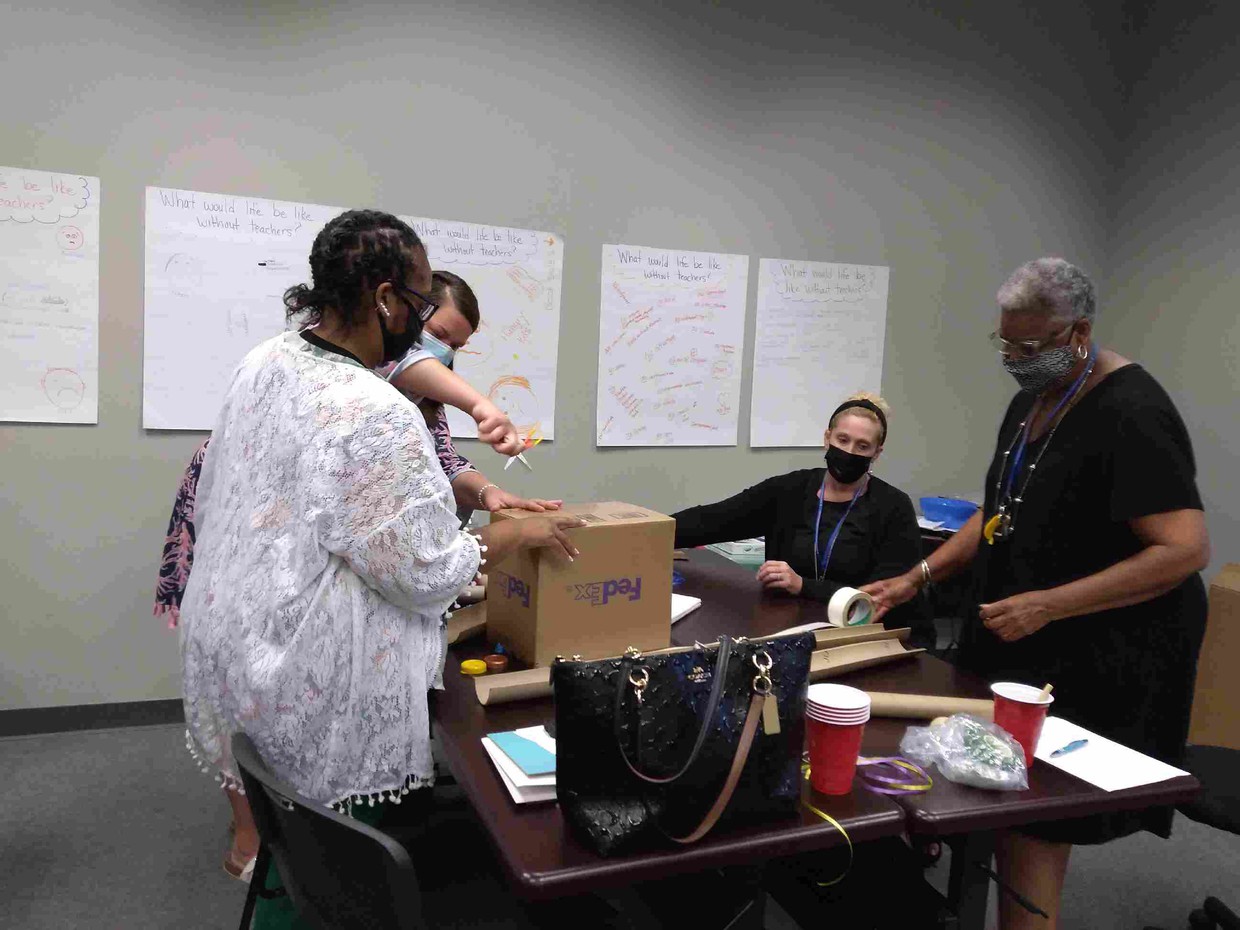 In a universe as incomprehensibly large as ours, your classroom, your office, your cubical, your cafeteria, your bus, your desk is a very small place. Within that space, millions of unremembered acts occur each minute. Within time, many of them may be forgotten, but some will be remembered forever. That is when you make lifelong changes. What happens in your classroom is creating our future. What happens with all our support teams are empowering our families to achieve their goals. Your dedication runs deep. Our board of directors and I sincerely appreciate everything you do for our families.

Let is all focus on the beautiful potential in all our families. Greet everyone with a smile. The new school year brings you new opportunities to shine! Let your light shine. Welcome back super STARS ✨

You have my complete support as we continue to build brains and build a culture of safety.

My deepest appreciation to all the staff at PCDC.

Happy Birthday to You! 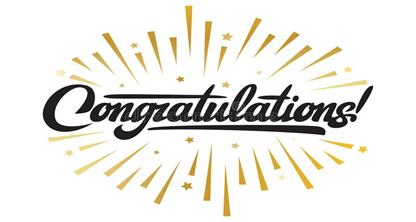 PCDC wishes the following employees best of luck for all their future endeavors:

FACT – According to the Centers for Disease Control and Prevention (CDC) and the VA Department of Health (VHD) COIVID -19 continues to pose a risk, especially to individuals who are not fully vaccinated. Therefore, certain safety measures remain necessary to prevent the spread of COIVD-19 and protect our children and families. Vaccination continues to be the most effective way to significantly reduce the risk of serious illness, hospitalization and death, even with the Delta variant.

Vaccination of Head Start staff is essential as we work together to build back out of the COVID-19 pandemic and move toward fully in-person services. On September 9, 2021, President Biden announced a plan requiring all Head Start program staff and certain contractors to be vaccinated. This action will help more programs and early childhood centers safely remain open and provide comfort to the many parents and guardians that rely on them every day to keep their children safe.

Beginning January 2022, all Head Start teachers and program staff will be required to be vaccinated to help ensure the health and safety of children, families, and their communities. 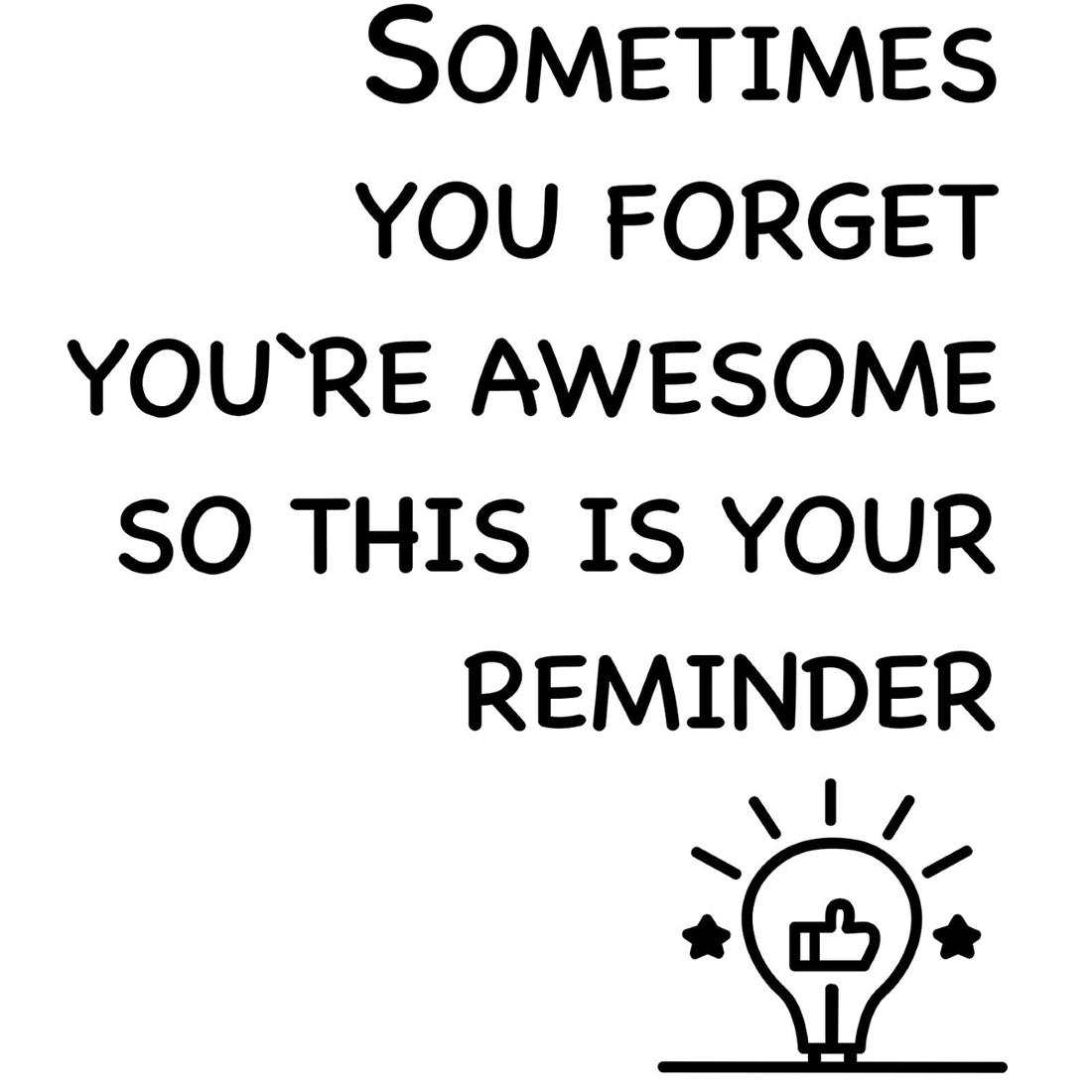 I cannot believe how fast the Summer has gone by and that we are entering into a new school year already! The education team would like to thank all of the teachers and advocates for working so hard to get ready for what will undoubtedly be another memorable school year for our precious children and their families. This month the focus has been on pre-service and preparation and it has been so wonderful seeing all of your faces each day. We hope the information you have gained from the trainings will be helpful as you enter back into the classroom. We also ask that if there is anything you would like more information on or something that we did not go over that you would like to, to please not hesitate to reach out to Nina or myself. Our goal is to provide you with the training and information that will be most beneficial to you in the classroom. Thank you again for all of your hard work. You are all so appreciated and PCDC is fortunate to have each of you as part of the education team! 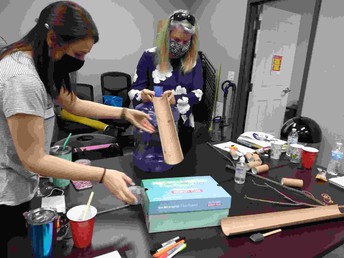 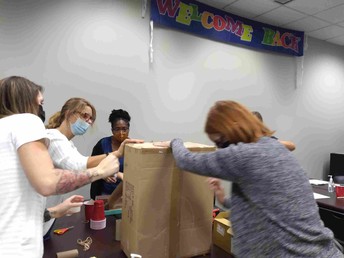 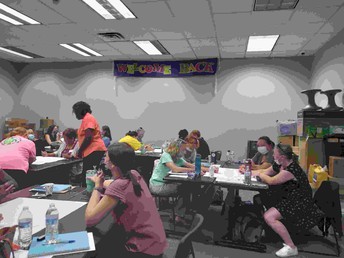 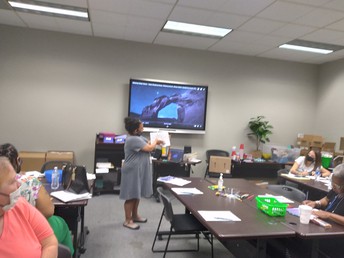 Thank you, Michelle for showing us serenity! 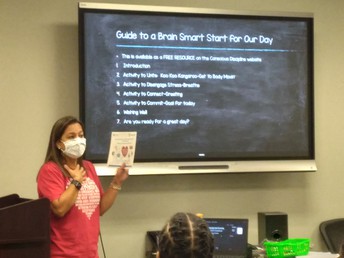 Many thanks, Vicki for sharing your knowledge! 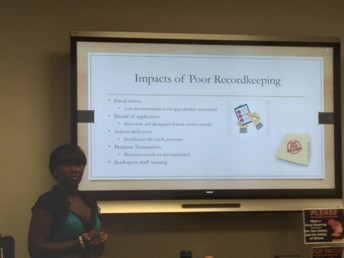 Thank you, Jessica! You were awesome!

A Huge Thank You to Everyone WHo participated in Pre-Service Training! 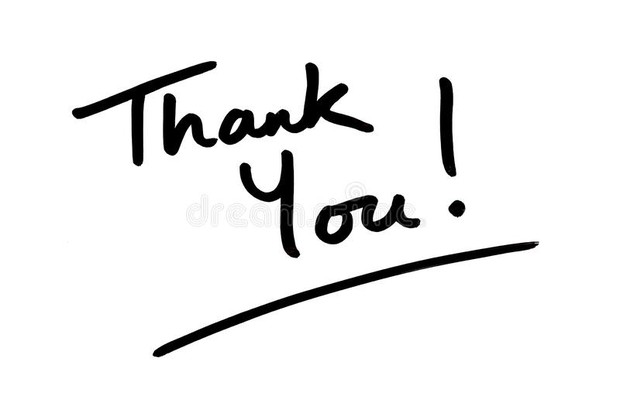 NHSA in the Classroom

Join in the fun every Tuesday at 11:30 for music and movement! 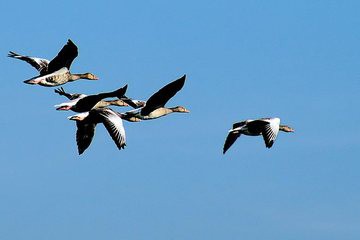 Every fall thousands of geese fly from Canada to the southern part of the United States to escape the bitterly cold Canadian winter. As soon as a flock of geese take flight from Canadian waters they quickly form a v-shape flying pattern, with one rotating goose in the center lead and all the other geese trailing behind in two close lines.

Wildlife scientists have conducted extensive studies to determine why geese and other migratory birds always fly in a distinctive v-formation. They found some fascinating results:

1. When geese fly together, each goose provides additional lift and reduces air resistance for the goose flying behind it. Consequently, by flying together in a v-formation, scientists estimate that the whole flock can fly about 70% farther with the same amount of energy than if each goose flew alone. Geese have discovered that they can reach their destination more quickly and with less energy expended when they fly together in formation. When people work together harmoniously on teams, sharing common values and a common destination, they all arrive at the destination quicker and easier, because they are lifted up by the energy and enthusiasm of one another.

2. When a goose drops out of the v-formation it quickly discovers that it requires a great deal more effort and energy to fly. Consequently, that goose will quickly return to the formation to take advantage of the lifting power that comes from flying together. Sometimes people playing on teams will drop out of the group and try to accomplish goals on their own. However, like the geese, they usually discover that they miss the synergy and energy that comes when they are an active part of a cohesive team moving toward their destination, and want to return to the group.

3. Geese rotate leadership. When the goose flying in the front of the formation has to expend the most energy because it is the first to break up the flow of air that provides the additional lift for all of the geese who follow behind the leader. Consequently, when the lead goose gets tired, it drops out of the front position and moves to the rear of the formation, where the resistance is lightest, and another goose moves to the leadership position. This rotation of position happens many times in the course of the long journey to warmer climates. When a team is functioning well, various members of the team may take the leadership role for a while because of a particular expertise or experience. Consequently, on good teams, everyone has the opportunity to serve as a leader as well as a follower.

4. Geese honk at each other. They also frequently make loud honking sounds as they fly together. Scientists speculate that this honking is their way of communicating with each other during their long flight. Similarly, when working on teams, it is exceedingly important for each team member to communicate regularly with all the other team members. Teams frequently fall apart because of the lack of adequate communication among the various members of the team. Perhaps human teams can learn from flying flocks of geese that constant communication among members is exceedingly important in moving effectively towards a common destination.

5. Geese help each other. Scientists also discovered that when one goose becomes ill, is shot or injured, and drops out of the formation, two other geese will fall out of formation and remain with the weakened goose. They will stay with and protect the injured goose from predators until it is able to fly again or dies. Likewise, human teams work best when they do more than just work together, but care for the well being of each other.

Schools are participating in the Seamless Summer Option (SSO) program through June 2022 to continue to provide free meals to children 18 years and younger! Please contact your local schools for more information.

What a better way to start the new school year than participating in an “Egg-cellent” contest with KidsGardening.Org!

Three “egg-ceptional” winners will be chosen at random from valid entries on 8/27, 9/30, & 10/27 and will receive a year of FREE Pete and Gerry’s Organic Eggs (52 product coupons) plus Books in Bloom, a seed set, and fabric grow bag.

In honor of such an Egg-citing opportunity, here is a quick Cauliflower Breakfast Muffin! Bon Appetit! 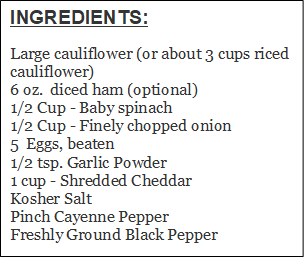 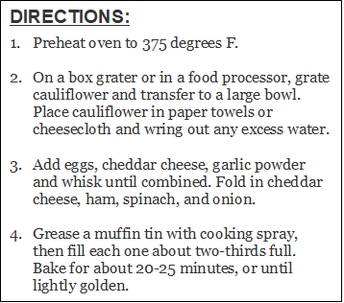 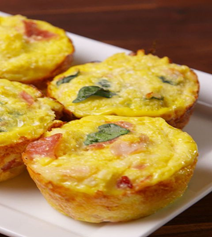 USDA training will take place at Smart Start on September 8th, 2021 at 10 a.m. for anyone that may have missed training last month.

The USDA is also hosting a free virtual Roundtable on Food Waste Solutions in the U.S. and Beyond on September 15th, 2021 at 11 a.m. 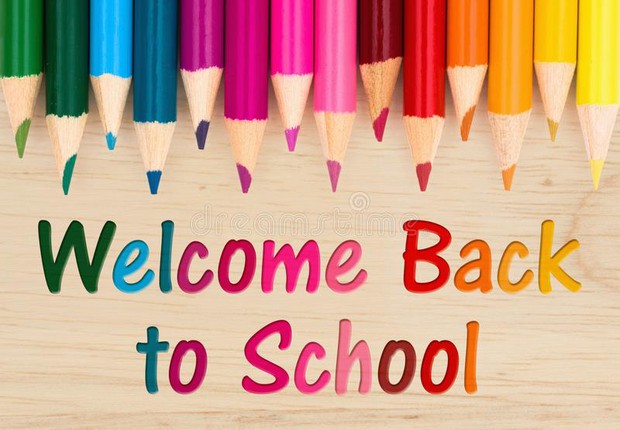 Have a great year from the Fiscal Team! 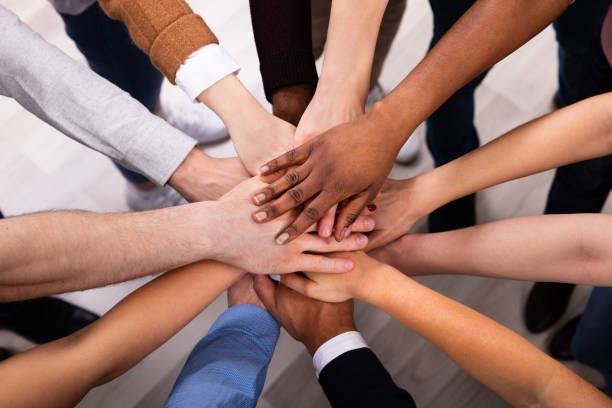 I Challenge You to Make This Year Awesome for Somebody Else!

As the new school year begins, make this year especially awesome for someone else! Let's all rise to the challenge and make the world a better place! How will you make this year awesome for somebody else? Drop me an email--I'd love to shout out about how you're going to make someone else's year awesome! I'll start; I plan to give lots of heartfelt compliments throughout the day! We realize how lucky we are to have you on our team and genuinely appreciate you. PCDC thanks you, for being you!

Have a wonderful school year, and be awesome!

Follow Nicole Agee
Contact Nicole Agee
Embed code is for website/blog and not email. To embed your newsletter in a Mass Notification System, click HERE to see how or reach out to support@smore.com
close