Two types of motor sport play especially large roles in muscle car history. One is stock-car racing, which began coming together once some "good ol' boys" formed the National Association for Stock Car Auto Racing in 1947.

Inspired by the souped-up cars of Southern moonshine runners and their skill at escaping the law, NASCAR began staging races on dirt tracks and beach courses. These events drew crowds and soon developed into a thriving business. Other organizations, such as the U.S. Automobile Club, began sanctioning their own stock-car races.

Drag racing, meanwhile, was attracting its own fans. These organized contests of quarter-mile acceleration originated with the informal (and illegal) street racing associated with hot rodders, the shade-tree mechanics who turned old Model T and Model A Fords into fast, eye-catching street cars. Drag racing gained momentum in 1951 when the National Hot Rod Association was formed in -- where else? -- car-crazy Southern California.

At about the same time, NHRA chief Wally Parks started Hot Rodmagazine to promote the sport and performance-tuned street cars. The early '50s also saw the debut of Motor Trend and other car-enthusiast magazines, the first of many.

The growing public interest in speed and power gave birth to what many regard as the first muscle machine, the 1949 Oldsmobile Rocket 88. It was a car any hot-rodder could understand: a powerful new engine in the lighter Olds body. And the engine was a breakthrough: America's first high-compression overhead-valve V-8, the result of research begun at General Motors well before the war.

Though GM's Cadillac Division introduced a similar V-8 for '49, it was the smaller, fleeter Olds 88s that grabbed public attention, especially when they started to dominate stock-car racing.

Because success in Detroit never goes unchallenged for long, the Rocket 88s soon had showroom competition and a horsepower race was on. By 1955, most every U.S. nameplate offered light, efficient V-8s. Two of the best remain performance legends to this day.

One was Chrysler Corporation's Hemi, first offered for 1951 and named for the half-sphere or hemispherical shape of its combustion chambers. No less significant was the 1955 Chevrolet small-block V-8, a design so right that its basic engineering concepts are still in production.

But the horsepower race wasn't always about sheer speed. Detroit would soon learn the importance of giving its hot cars names and marketing directions that matched their tire-smoking excitement.

Because bigger meant better in the Fabulous '50s, Detroit cars put on pounds and inches most every year, requiring ever-larger engines just to maintain existing levels of acceleration. But many buyers were still willing to spend on extra speed, and automakers responded with all kinds of performance-enhancing heavy-duty parts and power-boosting options. Most of these were developed just to satisfy racing rules -- and car company pride. Seldom ordered by mainstream buyers, these "speed parts" nonetheless promoted a sales-boosting performance image.

Thus Dodge, for example, offered powered-up "D-500" engines for every model in its 1956 line, including the lightest low-line two-door sedan -- which, of course, was the racers' choice.

Other makes showcased performance hardware in flashy limited-edition models. Chrysler led the way with its 1955 C-300, an inspired blend of Hemi power and luxury-car trappings that fast became the new star of NASCAR. With 300 horsepower, it was rightly advertised as "America's Most Powerful Car."

All this muscle flexing screeched to a halt in early 1957. Detroit's carmakers, through their Automobile Manufacturers Association, agreed to a self-imposed "ban" on factory-sponsored racing and performance-oriented advertising. Publicly, the industry was bowing to pressure from an increasingly vocal safety lobby. Privately, it was business as usual.

Engineers kept working on even hotter engines and other under-the-table racing support, expecting that high performance would soon be politically correct again.

If you would like to read more about muscle cars please visit: http://musclecars.howstuffworks.com/muscle-car-information 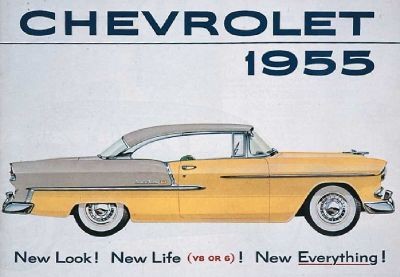 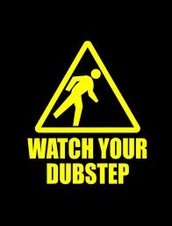 This Was Created By: Fell For Dubstep If you want to know more about Muscle Cars check out the link in the Text. If you wanna know about a certain Muscle Car just send me a email
fellfordubstep@gmail.com