The Great Railroad strike of 1877

The Great Railroad strike of 1877 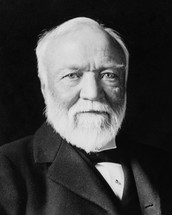 Andrew Carnegie was in steel magnate who earned a fortune during the 1800. Carnegie had many successful inventions. Carnegie invested in a company to manufacture railway sleeping cars. This helped people who rode on rains be more comfortable especially for long rides they would have a place to sleep. He expanded his business to building bridges, locomotives, and rails. This contributed to the Steel management as well as more efficient railroads and export/ import.

Carnegie Steel moved to institute longer hours and lower wages. The Homestead strike made many workers, but it also underscored how difficult it was for any union to go against the combined power of the corporation and the government.
"No person will make a great business who wants to do it all himself or get all the credit." (Carnegie) 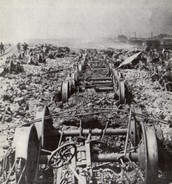 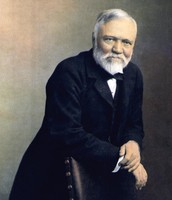 The American Federation of Labor was the first federation of Labor Unions in the US. Their goal was to get better pay, have shorter hours, better working conditions, better pay for its memberships, worked towards termination of child labor, supported the Chines Seclusion Act, and the right to collective bargaining. They were vertically organized - each included all workers in a given industry; regardless of trade. They were unusual because of the way they accepted workers due to intelligence and both sexes.

"The Industrial Revolution was another of those extraordinary jumps forward in the story of civilization." (Gardiner)

George A. Pullman decided to make his own community this was a total environment. Pullman hoped to avoid strikes, get the most skilled workers, and attain greater productivity as a result of the better health, environment, and spirit of his employees. The strike and boycott shut down a lot of the nations freight and passenger traffic west of Michigan. The strike began in Pullman, the strike contained nearly 4,000 employees of the Pullman Company. This strike was due to wages being cut.

“The stuff was hitting it. Like the swells, knocked all that bark off.” (Pullman)

prevential.com
Have you ever wondered how Andrew Carnegie became the world’s richest man? This article will share some of his wisdom with you.

www.history.com
The Homestead strike pitted one of the most powerful new corporations, Carnegie Steel Company, against the nation's strongest trade union, the Amalgamated Association of Iron and Steel Workers.