First Spacecraft on the Moon

First Spacecraft on the Moon

Apollo 11 was consisted of 3 members Neil Armstrong (pilot), Buzz Aldrin (module pilot), and Michael Collins (module pilot). Even though Buzz was a pilot he often ran the computer which gave them data. Their biggest member was the computer because that was their navigation tool. 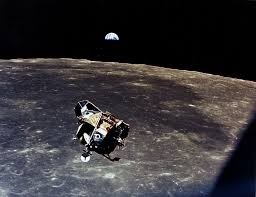 Apollo 11 launched from Kennedy Space Center on July 16, 1969. This soon would be a eight day trip to land on the Moon and come back to Earth. There were a lot of questions on if they would actually reach the moon. Will this mission be successful?

PIcture of Earth From the Moon

Neil Armstrong on the Moon 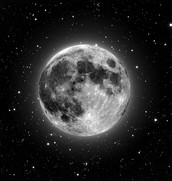 On July 19, 1969 they finally reached Moon and they flew around it, while they were on the backside of the Moon they lost connection to Nasa. People paniced because they thought they had crashed. When they finally got reception back people were relieved that they were good. On July 20, 1969 they finally landed on the moon. 530 million people watched Neil Armstrong say "one small step for man, one giant leap for mankind." While they were on the moon they collected rocks and soil. They also took pictures and planted the United States flag. Buzz and Neil spent a total of 21 hours including sleeping on the moon.

44 hours after leaving moon they splashed down in the Pacific Ocean.Their retrieval ship was called "The Hornet." They missed their retrieval ship by 13 miles due to bad weather. This was the first successful mission to go to the moon and back with everyone being safe. AMERICA HAS WON THE SPACE RACE!!!!!!!!!! 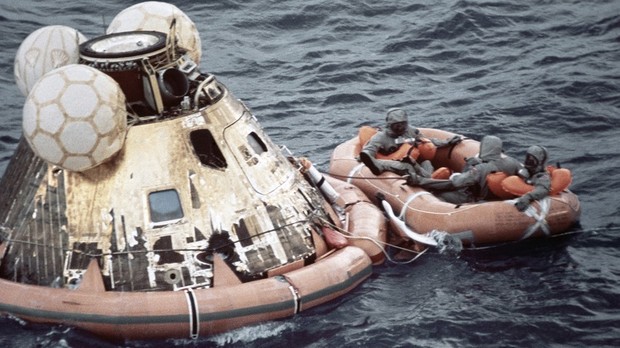