Get email updates from laisha: 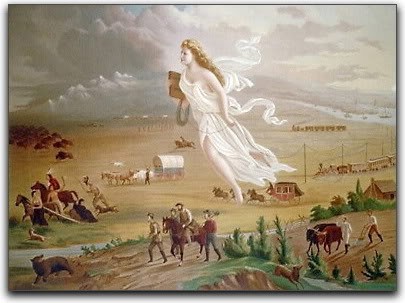 The symbol of Manifest Destiny is the "Columbia" moving across the land ahead of the settlers , replacing the darkness with light and ignorance with civilization.