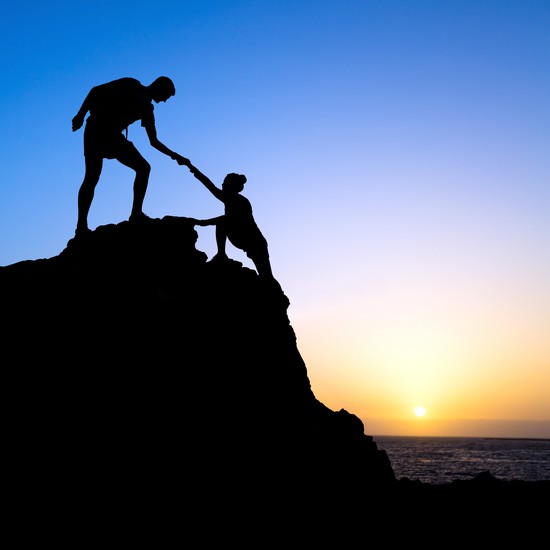 Earlier this year General André Cox launched The Salvation Army’s “Accountability Movement”, which is intended to affect everyone linked to the Army. The Movement is based on the understanding that we need to be accountable for every aspect of our journey through life. We are pilgrims and accountability helps us to keep going in the right direction. To help us on this journey, a six-dimension tool called the Mission Accountability Framework (MAF) has been developed. The MAF helps us to plan and track progress towards a common purpose: life in all its fullness as offered by Jesus Christ (John 10:10).

The Movement will change the systems of the Army by focusing on four pillars:

Governance: to ensure, at all levels, that the Army has a governance structure fit for its God-given purpose in the 21st century.

Impact Measurement: to measure the transformative change in people and communities that is brought about through interaction with the Army.

Child Protection: to promote within every aspect of Army culture and practice an understanding that “every individual” includes “every child”, and to rigorously enforce best practice in every expression of Army contact with and influence among children.

The two pillars of Finance and Impact Measurement are most likely to affect business and finance policies and practices in the Canada & Bermuda Territory. Articles in issues of Money & Mission over the next few months will address aspects of these pillars.

For further information, you are asked to visit the Movement’s website: salvationarmy.org/accountability.

The General has asked for your prayers:

“Please pray for God’s blessing, wisdom and grace to fill this process. It is never easy to change. If the Accountability Movement is only a human creation it will fail. If God is at its heart it will bear much fruit for His Kingdom. Your prayers and active support are essential.”

This is the first in a series of three articles responding to the issues raised by Colonel Glen Shepherd in the October 19, 2016 issue of Money & Mission.

I was pleased to be invited to comment on Colonel Glen Shepherd's article "What if Our Corps Are Not Sustainable?" in the October 19 issue. He noted two challenges that threaten sustainability: the aging of congregations, and the increasing cost of ministry.

In my view there are two significant contributors to aging congregations. The first is a result of economic and demographic shifts within a community. This is an external factor over which The Salvation Army has very little control. The second contributor is resistance to change. If a corps fails to address issues and needs within its own community (external), its focus then is on meeting the needs of the local membership (internal). Where this is the case, a corps presence in the community can often go unnoticed.

In order to confront realities like this, Colonel Shepherd asked: “Are we willing to redefine our mission in response to the data we receive?” I would argue that the mission of the Army does not need to be redefined in order to curb the trends related to corps sustainability. What is needed is consistency of mission effectiveness and stability of corps leadership:

Is corps sustainability a question of finance? I believe it is more of a question of mission effectiveness. If a corps gets that piece of the equation right, the finance side often becomes less of an issue.

Most readers will be aware of the implementation of the Agresso Accounting and Basware Travel & Expense Management (“TEM”) systems over the past eighteen months. Many of you will have also formed your own impressions of the systems, both positive and negative.

At a high level, the systems were implemented on time and within budget. That is a feat that is rarely achieved in major systems implementation projects. Unfortunately, in hindsight, these achievements came at a cost to our staff, both in the finance department, as well as users in all parts of the organization.

We firmly believe that these systems will serve the Army well. The increases in processing efficiency; the elimination of much manual work; and the improved reporting capability all take the accounting and financial reporting for our organization to a whole new level. We are only beginning to fully appreciate the benefits to be realized, and as we get further past the learning curve, I am confident that more users will come to appreciate these benefits, too.

In hindsight, we ought to have assigned more resources to the project. Our reliance on existing staff members to undertake the system design and manage implementation, without hiring replacements to perform their normal work, was our primary mistake. This meant that no one was dedicated to the project, and all of us tried to balance an already heavy workload with the additional work required to implement the systems.

In addition, we did not fully appreciate how difficult the transition would be for many users outside the finance department, but the implementation of the electronic workflow was a major adjustment for many. While we provided training and documentation, it may have been too little, too late.

Finally, the schedule was too ambitious and, as a result, we commenced implementation before many of the systems design and reporting issues had been finalized.

They say that one learns more from one’s failures than one’s successes. While we would not characterize these new systems as failures, we recognize that the implementation period was much more traumatic for many than it needed to be, and for that we sincerely apologize.

We have learned much through the process, and as a result, the implementation of Ultipro, the new human resources and payroll system, has been designed to address the issues we faced with Agresso and TEM. As a result, we hope that those we serve throughout the Territory will have a much improved experience as we begin to roll this new system out in 2017.