Is it Unhealthy to Eat Meat?

Is it Unhealthy to Eat Meat?

My purpose for arguing this point is to prove to all the carnivorous people that eating meat is not only immoral but unhealthy. This will help me in my argument because it will show my audience which side of the argument I'm supporting.

My claim for this argument is that I believe people should not eat meat, for it is morally wrong and unhealthy. My claim will help my argument because it will get my point across and will make my argument less confusing. 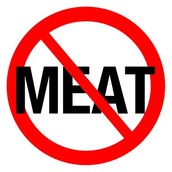 If it can be scientifically proven that eating meat is, in terms, "bad" for you, then I would conclude that it is better to live off of a plant-based diet than an animal-based one. This would help me in my argument because it explains my evidence and the reason for this argument. It helps my audience further understand my argument.

Although vegetarians and vegans can suffer from more alleriges, cancer and mental health ailments (anxiety and depression) than any other dietary habit group, they are still healthier than those who eat meat. This will help my argument because it will tell my audience that I understand the other side of the argument as well as my own.