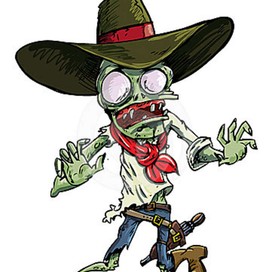 sullivan is using Smore newsletters to spread the word online.

Get email updates from sullivan:

The oil in the cake is keeps the heat from drying the cake out. The eggs keep it sticking together. The heat also causes the protein from the eggs and make the cake firm. The cake dough is not really cake dough but when its heated in the oven, new bonds are formed. How does heat change things? When it comes to heat changing a chemical reaction, there are two types. One is “exothermic,” a reaction that produces heat, and the other is “endothermic,” a reaction that takes heat in. When you make a cake, you a producing an endothermic chemical reaction which changes batter to baked!

The history of birthday cake can be traced back to the ancient Greeks. Greeks were credited with putting candles on cakes to represent the glow of the moon. They also believed that the smoke from the lit candles carried their prayers and wishes to their Gods who lived in the skies.The history of cakes and candles began in Ancient Greece.The Greeks made round cakes to honor Artemis, the goddess of the moon. They often decorated it with either 1 lit candle or several to represent the glow of the moon. Some of the first cakes in the ancient times were more bread like sweetened in honey.

Guaranteed to be tasty and filling

In addition to cake there are many different types of cakes. For example, cupcakes, cupcakes are mini cakes baked in a cup. Cupcakes can be referred as fairycakes in Britain or Patty cakes in Australia. The largest cupcake weighed 1,224 lbs. and had 2 MILLION calories. December 19 is known as national cupcake day, pound cakes, The name (Pound Cake) comes from the fact that the original pound cakes contained one pound each of butter, sugar, eggs, and flour. The Pound Cake is a British creation that dates back to the early 1700s, and many more!

sullivan is using Smore newsletters to spread the word online.