enrique is using Smore newsletters to spread the word online.

Get email updates from enrique:

Began his career as a defender of Galenism. He suspected something was wrong with Galens work. Andreas dissected animals and found out Galen never dissected a human. He later moved to the university of Radeu, where he dissected a human corpse himself to show his students that galens work was based of animals. Versalius discovered many things one of them was that the human breastbone had 3 segments not 7 like Galen claimed. He then published ¨De Humani Commis Fabrica¨ ( the structure of the human body). OVer time he was accused of murder in 1564 and atheism. King Phillip the II lowered his sentence to pilgrimage of penitence to the holy land. On his way back his vessel was badly harmed and was rescued from sea but died shortly after.

Went to the university of Saragossa. There he began the study of the bible. He later published the errors of Trinity in which he said those who believe Trinity were believers of three gods or atheist. He said gods of triniterians were a 3 headed monster and a deception of the devil. The emperor banned his work. After he caused a storm of indignation among the protestants reformers, he went to Paris and studied medicine. There he accidentally discovered the pulmonary circulation. Showed that blood was carried from the heart to lungs where it would get aerated( get air) and blood changed color. Still interested in theology, in 1533 he secretly published the Restitution of Christianity that aimed at the concept of the Trinity which he called "a 3 headed Cerberus. The book offended Calvinism and Christians. When it was discovered that he wrote the the book he was sentenced to 2 life sentences. John Calvin wished the death be more Merciful, so instead of just being beheaded he was burned alive over green wood. It took him 3 hours to die.

first person to correctly describe blood's circulation in the body. He showed arteries and veins form a complete circuit. He ignored medical textbooks, preferring his own observations and the deductions he made during dissections of animals. Knowledge came from observations of blood flowing through the veins and arteries of live animals that he cut open. His dissections looked cruel because there were no anesthetics in his time. Ironically in correcting Galen's mistakes about blood and circulation, he ran into trouble with European physicians who were making great use of Galen's worthless blood letting methods. His own medical practices were declined because of criticism he took from physicians. Harvey was asked if he would publish more books, he said¨It is better to grow wise in private at home that to publish work to only stir up storms that may rob you of peace and quiet for the rest of your days¨.Despite the storms he caused many respectable anatomist saw the truth within his lifetime. He died at the age of 79 on June 3 1657. The cause is unknown but it was most probable that it was from a cerebral hemorrhage. 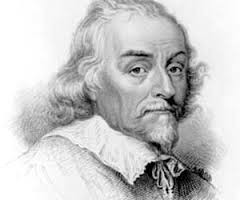 enrique is using Smore newsletters to spread the word online.