Getting rid of trusts while being a pleasing teddy bear

Getting rid of trusts while being a pleasing teddy bear

The Trust Busting Bear comes to the rescue

The Trust Busting Bear better known as Theodore Roosevelt was a people pleaser to say the least. He was always out to make the world a better place for all of his people. He was considered a "steward of the people" and many of his policies were aimed towards making the people happy. He forced the great railroad combination in the Northeast to break up in order to please the farmers and the rest of the public, as well as being very involved in international politics to please people all around the world, not only America. He got rid of most of the "big business" trust system, and initiated construction of the Panama Canal. He strived to please the people, and to give them everything they wanted. 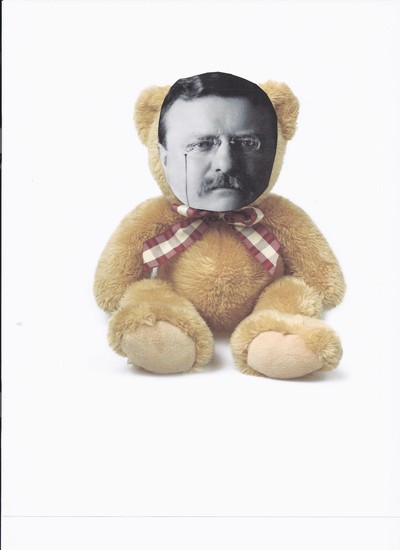 Civil Man who also goes by the name Lincoln Steffens is The Trust Busting Bear's sidekick. He helped Roosevelt enforce policies that helped the people. Steffens helped expose corruption in big business and politics. Also, he came up with the Civil Reform Act of 1905 that created a merit-based system for government jobs to keep it fair.

The Trust Men were two men, Andrew Carnegie and John D. Rockefeller, who started the whole idea of monopolies and trusts. This began the problem that small businesses could not survive, because this one big business took over, otherwise known as vertical integration. John D. Rockefeller started the process of horizontal integration which really enforced trusts. The Sherman Anti-trust Act tried to prevent this from happening, but these villains continues to find loop holes around them. They were taking over America with their big businesses and no one could stop them.

One The Giving Bear came around, he was able to stop these evil villains from taking over America. He made sure these businesses fell under the Sherman Anti-Trust Act. He also fought the Northern Securities Company which began his streak of dissolving big businesses and trusts.

Follow Shelby Burgess
Contact Shelby Burgess
Embed code is for website/blog and not email. To embed your newsletter in a Mass Notification System, click HERE to see how or reach out to support@smore.com
close