Cinco De Mayo, Cinco de Mayo—or the fifth of May—commemorates the Mexican army’s 1862 victory over France at the Battle of Puebla during the Franco-Mexican War (1861-1867).

Día de los muertos is when they welcome their dead family members or anyone dead, dating back hundreds of years and to an Aztecfestival dedicated to the goddess Mictecacihuati. It is believed that the spirit of the dead visit their families on October 31 and leave on November 2.

Las Posadas begins on the 16th of December and continues for the next nine nights. Through candlelight processions and festive parties, participants remember the long journey undertaken by Joseph and Mary, and their search for lodging in Bethlehem.

This is a fiestas where el hombre, la mujer, el niño, and la niña dress up and remember the long journey undertaken by Joseph and Mary, and their search for lodging in Bethlehem.

This is a group of Bailarines dancing in a fiesta.

Activities people do on the Holidays

Ano Nuevo ( New Year’s Day) is celebrated in Mexico in the cities with fireworks, ringing bells, 12 grapes, and family dinner. At the family dinner sparkling wine, hug and music are done. Then they gather with friends and family to celebrate what they had shared in the past year and hope for a better year. Dia de la Candelaria or Candlemas is celebrated on febrero 2nd. It’s a religious and family celebration. In some place such as Tlacotalpan and Veracruz celebrated it with bullfights and parades. But, everyone in Mexico dress up a figures as christs child then take him to the church to be blessed.

What are some Mexican special occasions? For example, how do they celebrate birthdays? Are some birthdays more important than others?

~On cinco de mayo they have a huge feast which the women spend hours preparing for. The food the have at the feast are traditional Mexican food like tamales and empanadas.

~Mexican weddings can have up to 600 people at them like a reunion.

~For mexican birthday’s they have two celebrations. For one they go to church and the other one family and friends.

- in Mexico and Central America 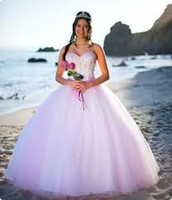 A girl in her puffy Quinceañera dress 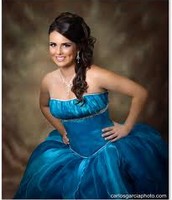 A girl in her puffy Quinceañera dress

The process of getting ready

- think about how much money they can spend

- start planning 6-24 months before the event

A girl and her friends taking pictures for the Quinceañera

- Split into religious and celebration part

- dance between daughter and father 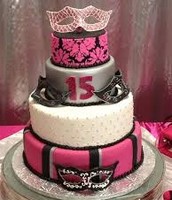 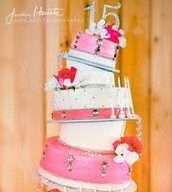 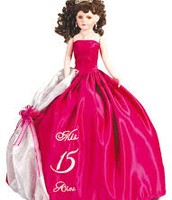 Follow Kelsey Harrison
Contact Kelsey Harrison
Embed code is for website/blog and not email. To embed your newsletter in a Mass Notification System, click HERE to see how or reach out to support@smore.com