Who Is Wendy Mass?

Wendy Mass is a amazing author who wrote the Willow Falls series, the Space Taxi series, and many more young adult books! Wendy is a New York Times bestselling author with many book awards. One of her most famous books is The Candymakers, it is in the White House library! I love the books she has written and all kids will love them too!

Wendy Mass was born in Livingston, New Jersey on April 22, 1967. Growing up Wendy had reading competitions with her friend to see who could read the fastest. As the year went on, they both became permanent readers. She always loved everything to do with books and the subjects reading and writing. But, her dream job was to be an astronaut and go to space! Wendy also had a special connection with nature and animals that nobody understood but her. She had two sisters and a brother. Her sisters later co-wrote a story with her in junior high, it was about her pet cat that turned into a goat and destroyed their whole neighborhood!

Wendy Mass went to Tufts University in Medford Massachusetts. She has a masters degree in creative writing at California State, in Long Beach California and a doctor of letter degree at Drew University, in New Jersey. Wendy had an English major that helped develop her writing skills and helped her become an author later on. Only 3 out of 4 people get into this college, that means she is very smart. In college Wendy mainly wrote short stories. After graduating, Wendy moved to Los Angeles to get a job.

Wendy Mass had multiple jobs before she became an author. When she moved to Los Angeles she tried writing jobs such as, assisting a literary agent, editor of a magazine, a script reader for a film producer, and working at a television casting company. Soon after she realized she wanted to inspire adults, kids, and teens, so she moved back to her New Jersey hometown and started writing. While writing she worked as a book editor working out of New York City and Connecticut. After years of writing Wendy got married.

Wendy Mass's parents names are Norman and Linda. Norman is a lawyer and Linda is a psychotherapist. She has two sisters and one brother. Wendy got married to Michael Mass soon after she started her writing career. Then They had twins, Chloe Mass and Griffin Mass. Wendy and her family now live in Sparta, New Jersey.

Wendy Mass is a intersting author, but did you know these fun facts about her?

Why I Picked This Author

I picked Wendy Mass as my author because I love the style of her writing. She has made me laugh, cry, and smile. Her books are very interesting and they keep me hooked throughout the whole book. Every page gets better, and better and it keeps me reading! I don't like any author better then Wendy Mass. If you like emotional books, then the you will like the books that Mass has written. Every book is a new adventure!

The style of Wendy Mass's writing is emotion. Wendy uses her heart when she writes so it is full of love, joy, happiness, sadness, and many more feelings! The common theme I found in Mass's books are love. In the book 11 Birthdays, Leo loved Amanda because they were born on the same day and shared every birthday party, that is just one example. The patterns I noticed in Wendy Mass's writing is that her books are inspired on things that happened to her or could happen in real life. 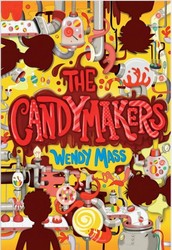 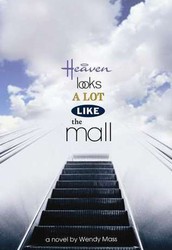 Here is a short video about the book The Candymakers. 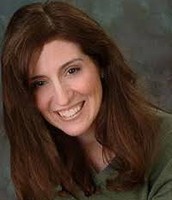 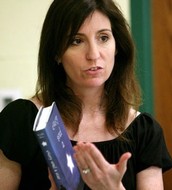 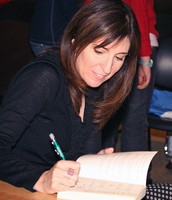 Connect with Lauren A.