- Trust : are a thing that legally holds property or assets for the person who created it.

- One reason people have trusts are for minor children or family members who are unable to handle financial matters.

What: He invented the telegraph.

How: He proved that's signals could be transmitted by wire.

Why: Why I think this invention is important because it helped improve and make better inventions that we still used today. 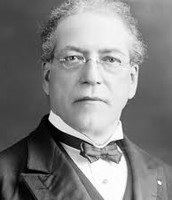 What: Samuel Gompers was a former cigar maker, who ended up becoming a labor union leader.

How: He wanted to secure shorter hours, and larger wages.

Why: Why I think this is important is because before this people had terrible pay and hours. Plus some had very unsafe jobs, even children.

Railroads: Effects On The Native Americans

Where: America, where the railroads tracks were.

What: Many railroads would run though tribal territory's, witch would cause conflict.

How: How this would cause conflict would be that some people would shoot buffalo out of the window of trains. How this turned out was by the 1880's most of the buffalo were gone, and the plain Indians were now in reservations.